These Stunning Roman Mosaics Were Hidden Under Croatian Streets

Archaeologists discovered the mosaic floors during excavations before the city began construction on sewage and water pipes. 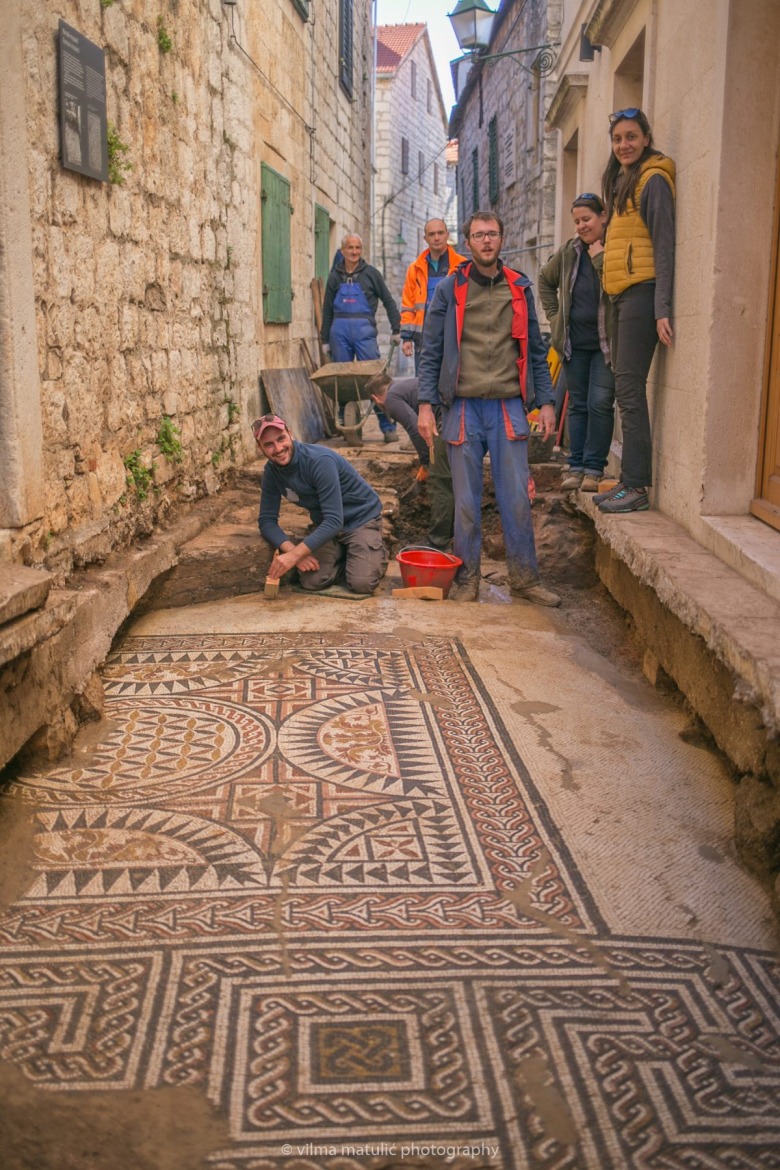 Marina Ugarković from the Institute of Archeology in Zagreb, Croatia led the excavation with the Stari Grad Museum. (all photos by Vilma Matulić; courtesy the Stari Grad Museum)
A group of ancient Roman mosaics dating from the second century CE were hidden under the city streets of Stari Grad, on the idyllic Hvar Island in Croatia. Archaeologists discovered the stunning mosaic floors in February, before the city began construction on sewage and water pipes.

The mosaic was found along Middle Street, a narrow, 65-foot-long cobblestone thoroughfare that runs through the ancient city center, during an excavation led by Marina Ugarković, a research associate at the Institute of Archeology in Zagreb, and the Stari Grad Museum. 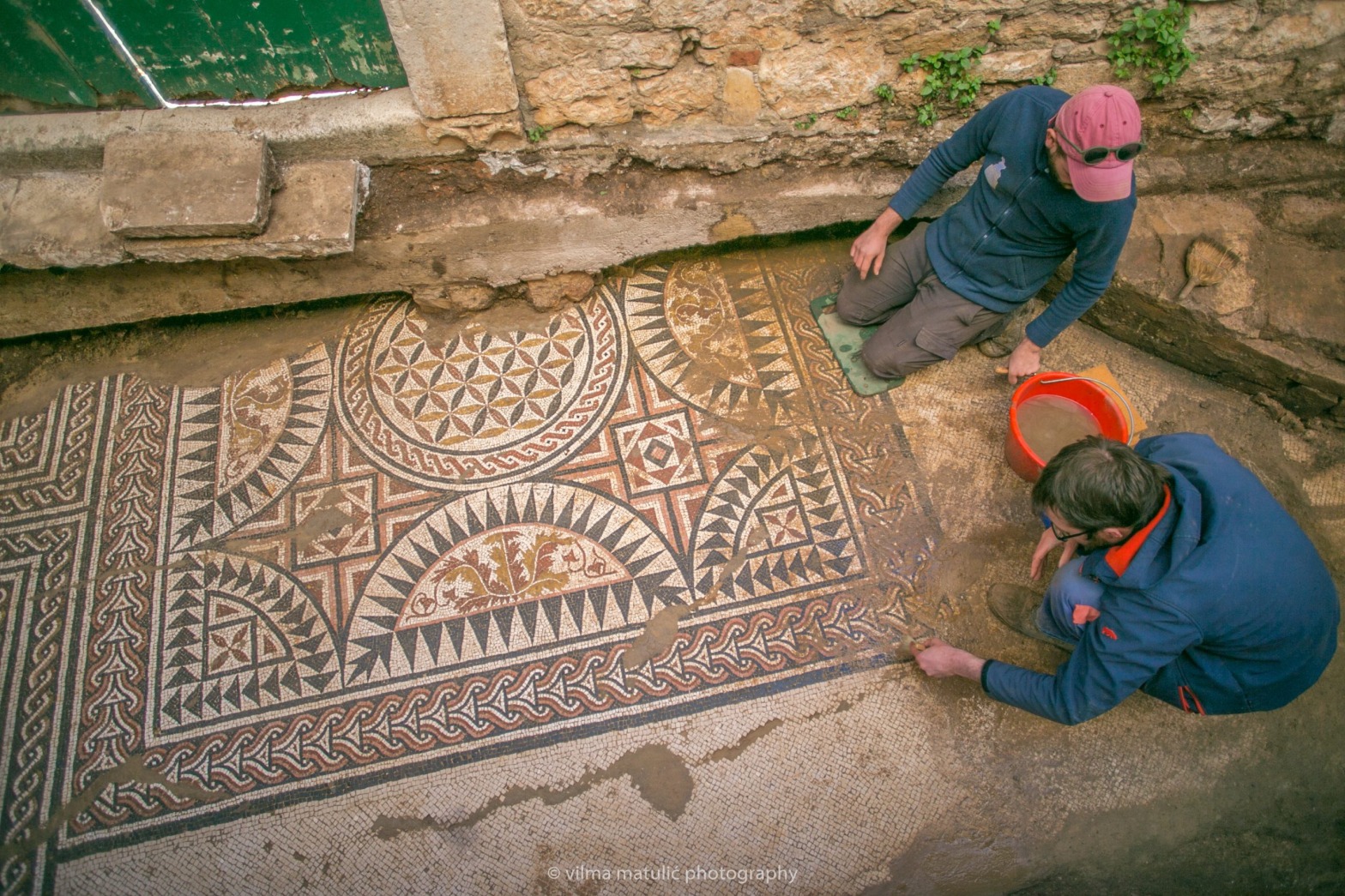 The mosaic was found along a narrow cobblestone thoroughfare.
“The mosaics are decorated with multicolor geometric and floral motifs and are of superior workmanship,” Vilma Matulić, a conservator at the museum, said in a statement shared with Hyperallergic. “We will have a better insight into the purpose of this luxurious building of the Roman Faria after the analysis and interpretation of archaeological finds and after merging all the plans of rooms with mosaic floors under surrounding houses, which were excavated in previous decades.”

The historical center of Stari Grad was named a UNESCO World Heritage Site in 2008, along with its surrounding agricultural region. Ancient Greeks arrived near Stari Grad in the fourth century BCE, founding a city called Pharos and a complex farming site. They developed an advanced agricultural system that involved catching and using rainwater, and the geometric division of the farmland is still visible today in the rock walls of Stari Grad Plain. Since the fourth century BCE, the land has been continually used to grow olives and grapes.

The surrounding towns, like Stari Grad, boomed throughout the Middle Ages and the Renaissance, but in the early 1900s, a disease afflicted the region’s grapes and caused a mass emigration. Half a century later, tourism revived the region.

For now, work on the city’s sewage and water pipes will have to wait. The Stari Grad Museum will work with the ministry of culture to decide how to display the mosaics to the public. The institution is considering replacing the mosaic with a walkable replica and housing the original in its collection.