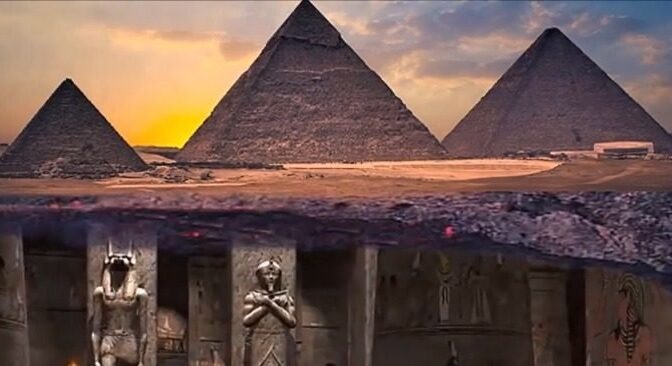 There is a hidden underground ‘city’ beneath the giza pyramids, experts claim

An enormous system of caves, chambers and tunnels lies hidden beneath the Pyramids of Giza, according to a British explorer who claims to have found the lost underworld of the pharaohs. Populated by bats and venomous spiders, the underground complex was found in the limestone bedrock beneath the pyramid field at Giza. 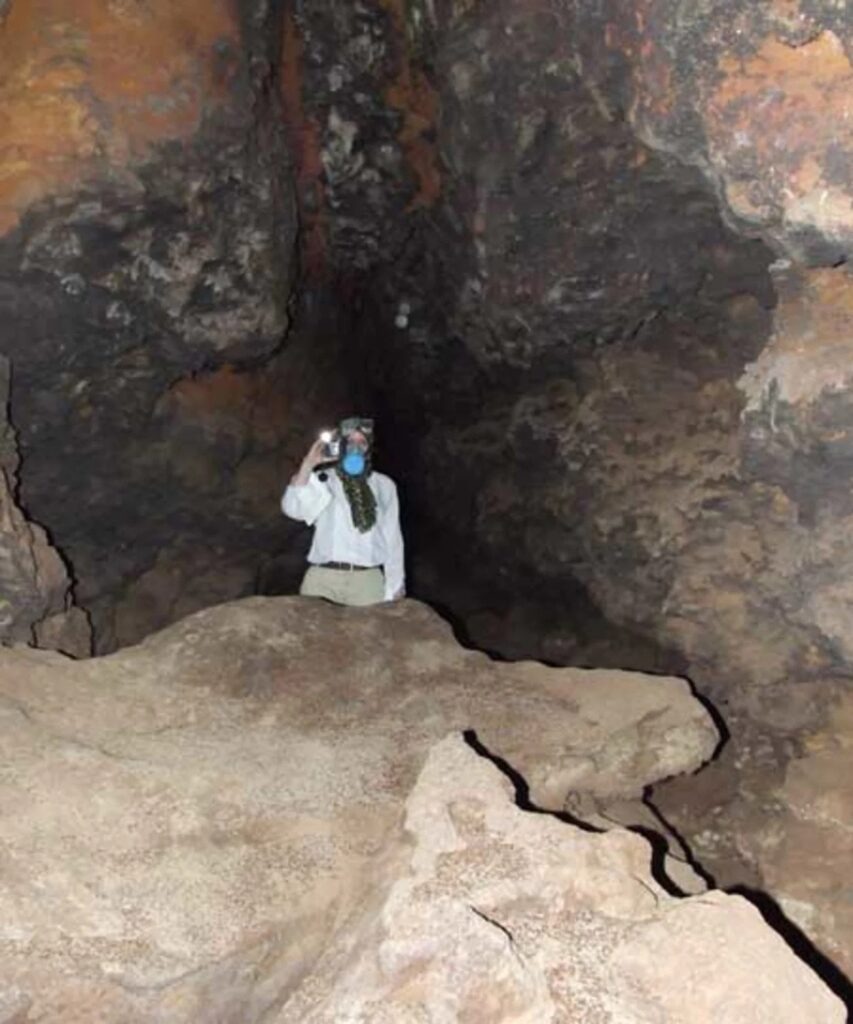 An enormous system of caves, chambers and tunnels lies hidden beneath the Pyramids of Giza, according to a British explorer who claims to have found the lost underworld of the pharaohs. 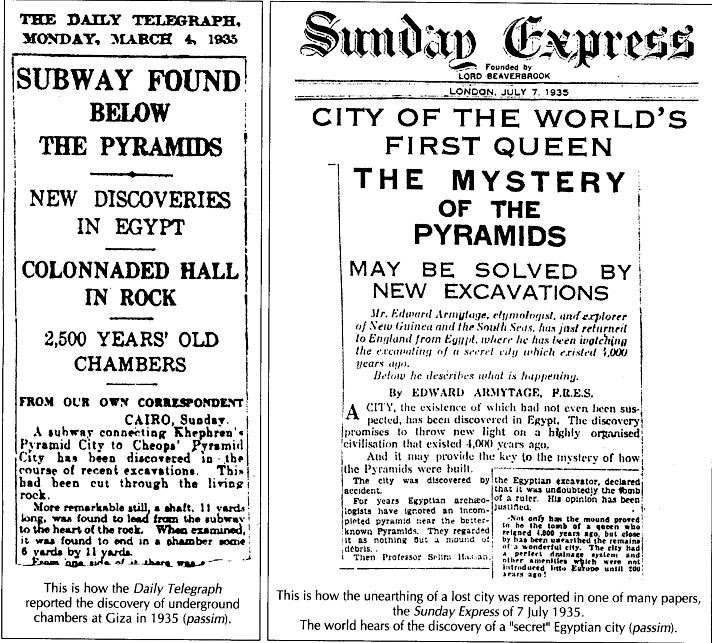 The unearthing of a lost city in Egypt was reported in many papers in 1935, including this report in the Sunday Express on July 7, 1935.

“There is untouched archaeology down there, as well as a delicate ecosystem that includes colonies of bats and a species of spider which we have tentatively identified as the white widow,” British explorer Andrew Collins said.

Collins, who will detail his findings in the book “Beneath the Pyramids” to be published in September, tracked down the entrance to the mysterious underworld after reading the forgotten memoirs of a 19th-century diplomat and explorer.

“In his memoirs, British consul general Henry Salt recounts how he investigated an underground system of ‘catacombs’ at Giza in 1817 in the company of Italian explorer Giovanni Caviglia,” Collins said.

The document records that the two explored the caves for a distance of “several hundred yards,” coming upon four large chambers from which stretched further cave passageways.

With the help of British Egyptologist Nigel Skinner-Simpson, Collins reconstructed Salt’s exploration on the plateau, eventually locating the entrance to the lost catacombs in an apparently unrecorded tomb west of the Great Pyramid.

Indeed, the tomb featured a crack in the rock, which led into a massive natural cave.

“We explored the caves before the air became too thin to continue. They are highly dangerous, with unseen pits and hollows, colonies of bats and venomous spiders,” said Collins.

According to Collins, the caves — which are tens of thousands, if not hundreds of thousands of years old — may have both inspired the development of the pyramid field and the ancient Egyptian’s belief in an underworld.

“Ancient funerary texts clearly allude to the existence of a subterranean world in the vicinity of the Giza pyramids,” Collins told Discovery News.

Indeed, Giza was known anciently as Rostau, meaning the “mouth of the passages.”

This is the same name as a region of the ancient Egyptian underworld known as the Duat.

“The ‘mouth of the passages’ is unquestionably a reference to the entrance to a subterranean cave world, one long rumoured to exist beneath the plateau,” Collins told Discovery News.

Collins’ claim is expected to cause a stir in the Egyptological world.

Zahi Hawass, chief of Egypt’s Supreme Council of Antiquities, has dismissed the discovery.

“There are no new discoveries to be made at Giza. We know everything about the plateau,” he stated.

But Collins remarks that after extensive research, he found no mention of the caves in modern times.

“To the best of our knowledge, nothing has ever been written or recorded about these caves since Salt’s explorations. If Hawass does have any report related to these caves, we have yet to see it,” Collins said.