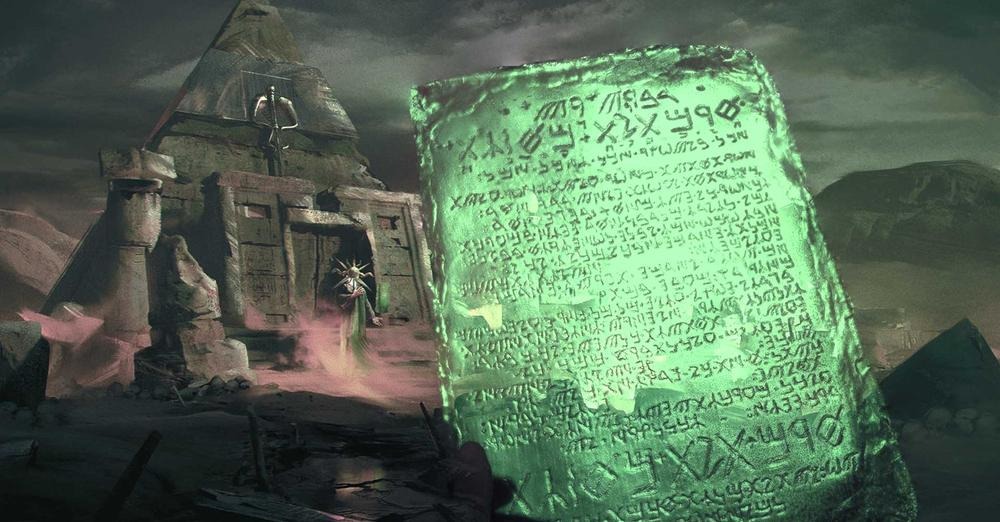 The Emerald Tablet: «The secrets of the Universe revealed»

The most common legend states that the tablet was found in a tomb dug under the statue of Hermes in Tyana, clutched in the hands of the corpse of Hermes Trismegistus himself. Another legend suggests that he was the third son of Adam and Eve, Seth, who originally wrote it.

Others believed that the tablet was once inside the Ark of the Covenant. Some even claim that the original source of the Emerald tablet is none other than the legendary city of Atlantis.

Although various claims have been made about the origins of the Emerald tablet, no verifiable evidence has been found to support them so far.

The oldest documentable source for the text of the Emerald tablet is the Kitab sirr al-haliqi (Book of the Secret of Creation and the Art of Nature), which was itself a composite of earlier works. 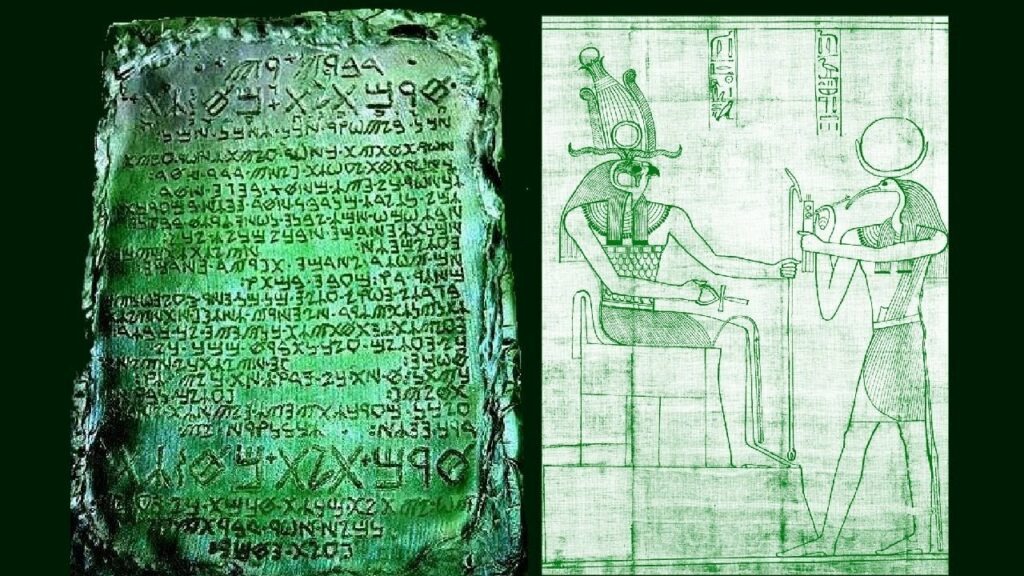 It is an Arabic work written in the 8th century AD, and attributed to a certain ‘Balinas’, or Pseudo-Apolonius of Tyana.

It is Balinas who provides us with the story of how he discovered the Emerald tablet in the tomb. Based on this Arabic work, some believe that the Emerald Tablet was an Arabic work written between the 6th and 8th centuries BC, rather than a piece of work from ancient times, as many have claimed.

While Balinas claimed that the Emerald Tablet was originally written in Greek, the original document he supposedly possessed no longer exists, if it ever did.

However, the text itself quickly became known, and has been translated by various people over the centuries.

For example, an early version of the Emerald tablet also appeared in a work called Kitab Ustuqus al-Uss al-Thani (Second Book of the Foundation Elements), which is attributed to Jabir ibn Hayyan.

However, it would take several more centuries before the text would be accessible to Europeans. In the 12th century AD, the Emerald tablet was translated into Latin by Hugo von Santalla.

The Emerald tablet would become one of the pillars of Western alchemy.

It was a very influential text in medieval and Renaissance alchemy, and probably still is today. In addition to the translations of the Emerald tablet, numerous commentaries have been written on its contents. 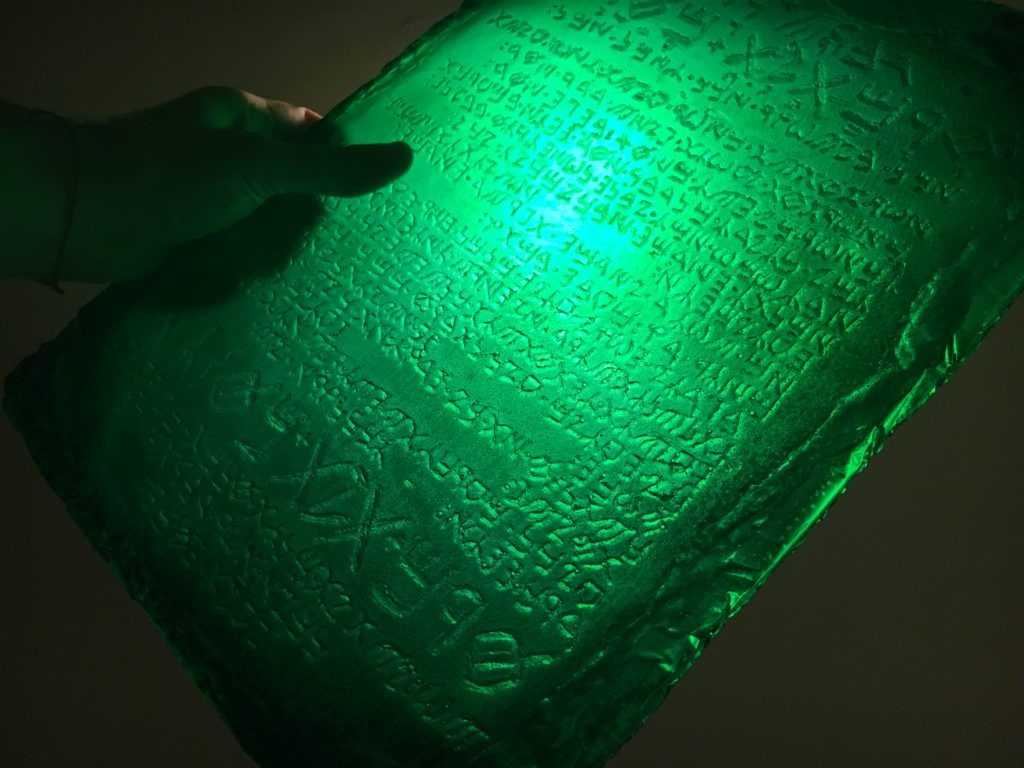 For example, a translation of Isaac Newton was discovered among his alchemical papers. This translation is currently in the King’s College Bookshop at the University of Cambridge.

The interpretation of the text of the Emerald tablet is not a direct question, since it is after all an esoteric text. For example, one interpretation suggests that the text describes seven stages of alchemical transformation:

However, despite the various interpretations available, it seems that none of its authors claims to have knowledge of the whole truth.

Furthermore, readers are encouraged to read the text and attempt to interpret and find the hidden truths within themselves.