The Development of Writing in Ancient Civilizations

Writing is the inscription or printing of symbols on a medium to communicate thoughts or ideas and to record events – and it had an interesting history in early ancient civilization. Here, Jeff Blaylock tells us some interesting facts about the history of writing.

Before written communication grew in use, there were verbal and non-verbal ways to communicate through sounds and gestures that were only beneficial in close-knit groups. Writing arose due to the need to communicate timelessly and over a long-distance. Our tribal ancestors needed to inform others, what they thought, felt, did, experienced and believed. One way this is evident is through ancient cave wall drawings made tens of thousands of years ago. They depicted epic battles of men wielding spears and shooting arrows, things people possessed, such as herds of cattle, and burial and divination rituals. The history of writing then has pictures as the first forms. 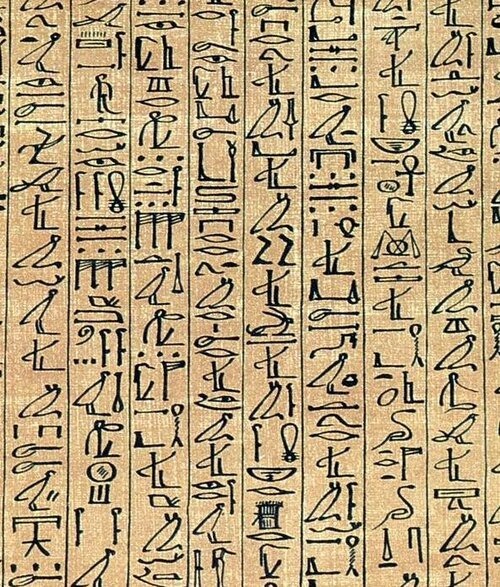 Writings systems originally used symbols to replace the cumbersome drawings of objects, sounds, and actions. A lot of factual material could then be preserved through writing and passed down undistorted, for generations.

Cuneiform comes from Latin cuneus, meaning wedge. It was developed by ancient Sumerians who lived in Mesopotamia (including modern-day Iraq), around 3500-3000 BCE. It was first used by temple officials and scribes to record animals and other goods that the temples owned. It was later adopted by the great civilizations of the region such as the Babylonians, Hittites, Assyrians, Elamites, and Hurrians.

The writing system uses symbols to characterize objects, sounds, and actions. The writing device used is the end of a sharply cut reed and wet clay is the writing surface. Wedge-shaped marks at the edge of the reeds are pressed upon the clay to form characters. On a lump or block of wet clay, a simplified picture of the item is drawn. The clay is allowed to bake in the sun until it becomes a permanent record.

Hieroglyphs are characters used in a system of picture writing. They were used to represent speech sounds. Later on, the pictographs and phonographs were made up of letters which were known as “alphabetic signs”. Hieroglyphics were in part influenced by the Sumerians before taking a more original path. The ancient Egyptian hieroglyphics were a syllabic language. By using phonograms, pictograms and alphabetic signs, they were mixed in art form and hence rich in presentation.

This form of writing was reserved for holy texts; hieros means ‘sacred’ and glypho means ‘engrave’ in Greek. The standard writing device was the fine reed pen used by the scribes, while a smooth papyrus scroll was the writing surface. The hieroglyphics were so varied and most of their useful content was widely published owing to the vibrant nature of ancient Egyptian civilization. Previously characters were carved and painted on wood, walls, tombs, and rocks. With papyrus, writing became more fluid and the documents more portable.

Chinese writing is composed of signs that have both syllabic and semantic value. It was initially used for sacred functions, and then it was largely applied for administrative purposes and literature. In its evolution, it never attained the alphabetic stage. All Chinese characters add up to approximately 47,043.

Chinese symbols are also called ‘square forms’ or fangkuaizi. Their meaning is expressed using short strokes that go in different directions on a surface or medium. The first surfaces where the characters were inscribed were dry bones, and later Bronze, Seal scripts, clerical scripts, and Square scripts.

Since its inception, writing has evolved according to human needs and the level of technology available.

There are four major stages in this evolution of writing.

As mentioned above, these were the very early writings that utilized limited media for presentation such as cave walls. Colorful and sometimes very detailed drawings were made. It was often artistic.

When early civilizations invented spoken words for objects and actions, they applied symbols to denote them and these symbols replaced actual tedious drawings. Most symbols were oversimplifications of previous drawings.

This evolution took effect after advanced languages with vowels and consonants were developed. Words had distinct pronunciations which needed to be presented visually. The symbols representing words were varied across different civilizations and were not tied back to drawings or images.

The Greeks identified 24 characters otherwise known as letters that would form a widely accepted foundation for words. The letters would later be borrowed and assimilated into Latin and English. Today, alphabets are of course used widely.

In all the forms it has existed, writing has functioned to preserve an as accurate as possible human heritage, culture, and history in all its diversity. It has helped dissipate news to a wide audience through print media and spread knowledge and ideas in books. Without writing, scientific inventions, the advancement of technology, and modern civilization would not have been possible.

Jeff Blaylock writes articles and well-researched essays on a variety of topics. He has experience in writing historical accounts of ancient civilizations. His writings are catchy and informative – for casual readers and intellectuals alike.