The Arch and Rotunda, Remains of a Vast Palace Complex Built by Galerius

One thing gastronomists, sun worshipers and historians can agree on is that Greece has more than a little of something for everyone. Regarded as the birthplace of democracy and the cradle of Western Civilisation, the country has no shortage of fascinating monuments and archaeological sites. The Arch and Rotunda of Galerius, located in Thessaloniki (Thessalonica), are remarkably preserved Roman-era monuments and still retain their power to impress visitors after almost two millennia. 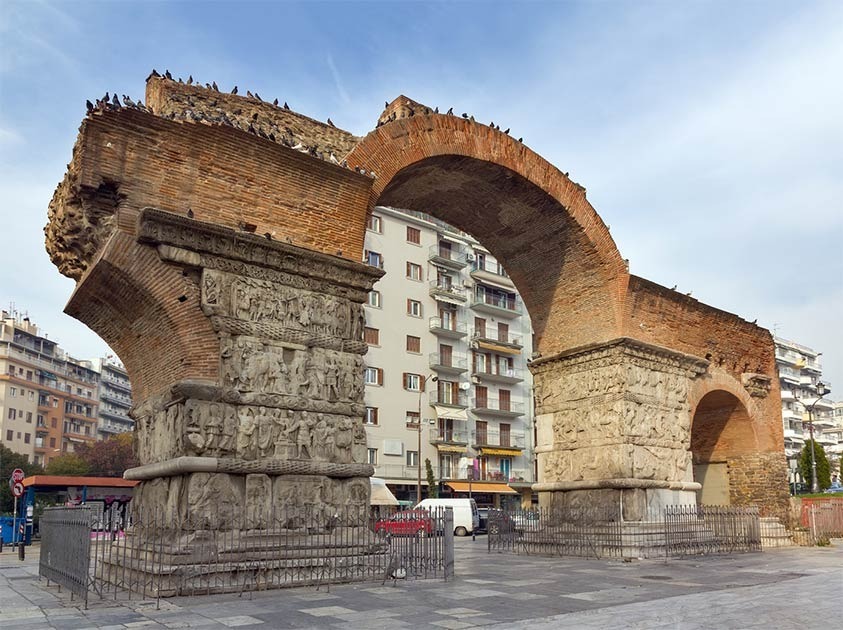 History of the Arch and Rotunda of Galerius

The monuments were built on the orders of Emperor Galerius (250-310 AD), who came from a humble background and rose through the ranks of the Roman army. He served with distinction under various emperors during several campaigns.

When Emperor Diocletian established the Tetrarchy form of government, he appointed Galerius to the position of Caesar. As one of the co-rulers of the empire, Galerius ruled much of the Balkans as a subordinate of Diocletian.

Galerius won a great victory over the Sassanid Persians and even sacked their summer capital in 298 AD. He later campaigned against a Germanic tribe and defeated them in a series of campaigns. Galerius went on to become co-emperor of the Roman Empire and made Thessaloniki in Greece his capital. 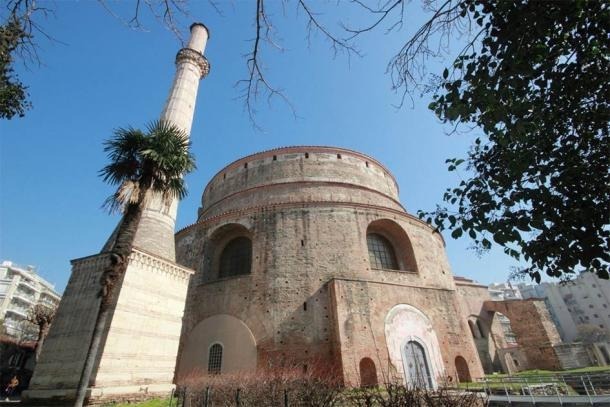 The rotunda and arch were built shortly after he built a large palace for himself, all part of a monumental landscape that was designed to legitimize and proclaim his power. The rotunda was intended to be used as a temple and his mausoleum.

Galerius was a persecutor of Christians, but he eventually ended the systematic effort ever to eradicate the religion, the so-called Diocletian Persecution. Ironically, the rotunda that was built by the pagan emperor was later used as a Christian Church for many centuries.

The arch and the rotunda were able to weather many upheavals and wars down the centuries, including the sack of Thessaloniki by the Arabs in the 10 th century. In the 14 th century, the Ottomans conquered the city and used the rotunda as a mosque. It remained a Muslim place of worship until 1912 when the city was captured by the Greeks during the First Balkan War. The rotunda is still used as a Christian place of worship on Greek Orthodox religious holidays and is known as the Church of Agios Georgios.

The Enduring Design of the Arch and Rotunda of Galerius

The Arch of Galerius, known locally as Kamara, is located in the city center and retains many of its original sculptures. The arch, an extension of Galerius’ palace, was built between 298 and 305 AD to commemorate Galerius’ victory of the Persian emperor , Narses.

The monument originally consisted of two parallel rows of four columns each. The four central pillars were higher and supported a dome and were wide enough to once span the main street in ancient Thessaloniki. The structure was modelled on the classic Roman triumphal arch and faced with marble. Large marble slabs, masterpieces of Roman relief art, depict Galerius’ victory over the Persians. 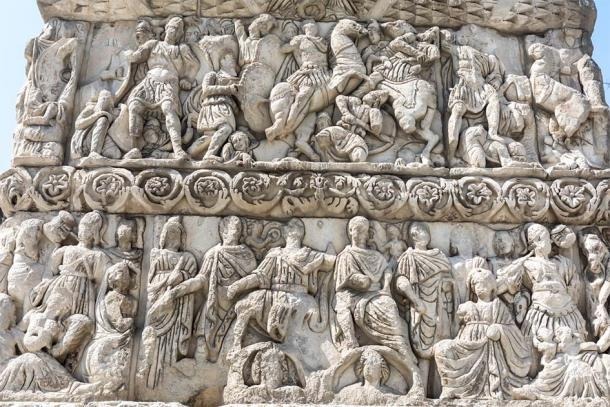 The rotunda, said to be Thessaloniki’s oldest monument, consists of a circular structure known as an oculus as well as a rectangular annex. Likely modelled on the famous Pantheon in Rome, the width of the walls has enabled the building to survive many earthquakes. Although part of Galerius’ palatial complex, and intended as his mausoleum, Galerius was buried in a palace he had built at his birthplace, in what is now Serbia.

A flat dome which at its apex is 100 feet (30m) high crowns the oculus. The minaret from its times as a mosque, the only one still standing in the city, can be found next to the rotunda.

Several beautiful mosaics that depict Christian martyrs and saints grace the interior. Only a small proportion of these have survived and they have been extensively restored. The church’s altar is situated in the rectangular annex, known as the altar section. 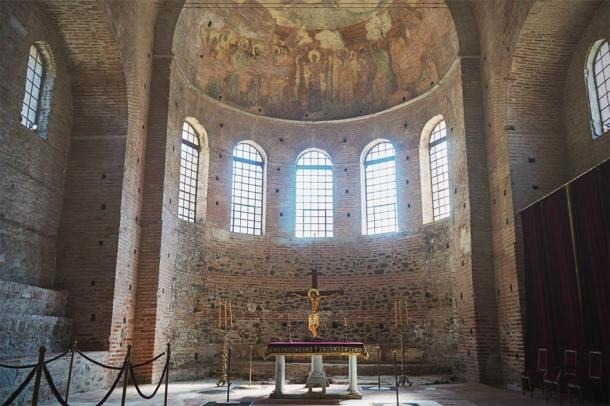 The arch and rotunda are located in the heart of this ancient Greek city and the rotunda is open to the public except when religious celebrations are being held in the building. As they are located in a busy part of the city and near a university, the arch is a favorite meeting spot of locals and tourists alike.