The discovery marks the first major archaeological discovery since the beginning of Syria’s civil war. 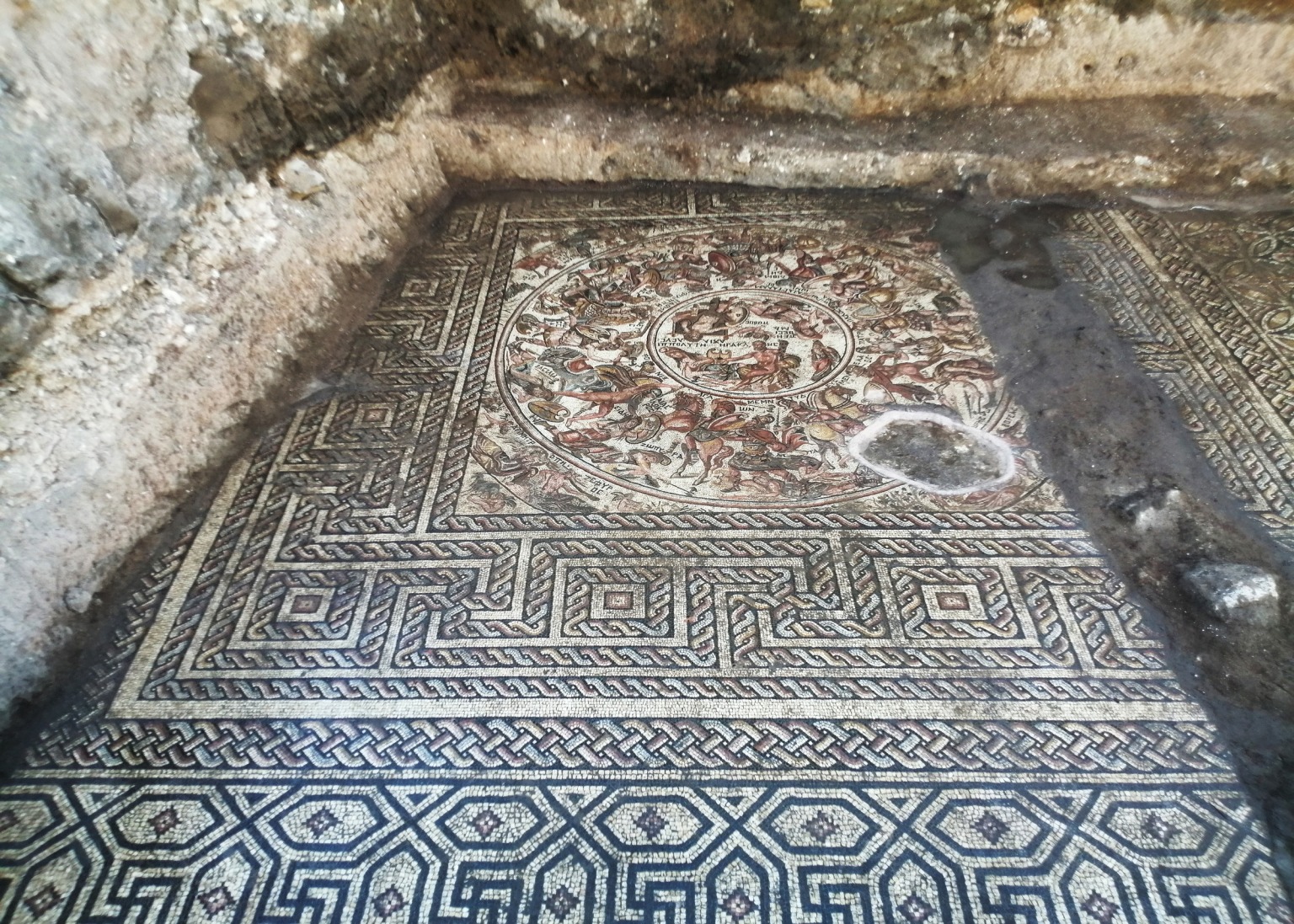 The ancient mosaic depicts scenes from the Trojan War and Roman mythology. (all images courtesy Nabu Museum)
Syria has announced the discovery of an impressive 1,300-square-foot Roman mosaic that marks the first major archaeological find in the country since the ongoing civil war began in 2011. The work was unearthed in the city of Rastan, which was under the control of rebel groups until 2018.

The Syrian state owns the excavation site, and the country’s Directorate-General of Antiquities and Museums conducted the dig. Affiliates of Lebanon’s Nabu Museum purchased and then donated the land to Syria’s government.

Dr. Humam Saad, associate director of the agency’s excavation and archaeological research arm, told the Associated Press that the discovery was “rare on a global scale.” The mosaic includes depictions of the Trojan War, the Roman god Neptune and his 40 mistresses, and Hercules killing the queen of the Amazons, Hippolyta.

“It is not the oldest of its kind, but it’s the most complete and the rarest,” Saad told Agence France-Presse. “We have no similar mosaic.”

The mosaic is part of a fourth-century structure whose purpose has not yet been determined. “We can’t identify the type of the building, whether it’s a public bathhouse or something else,” Saad said. 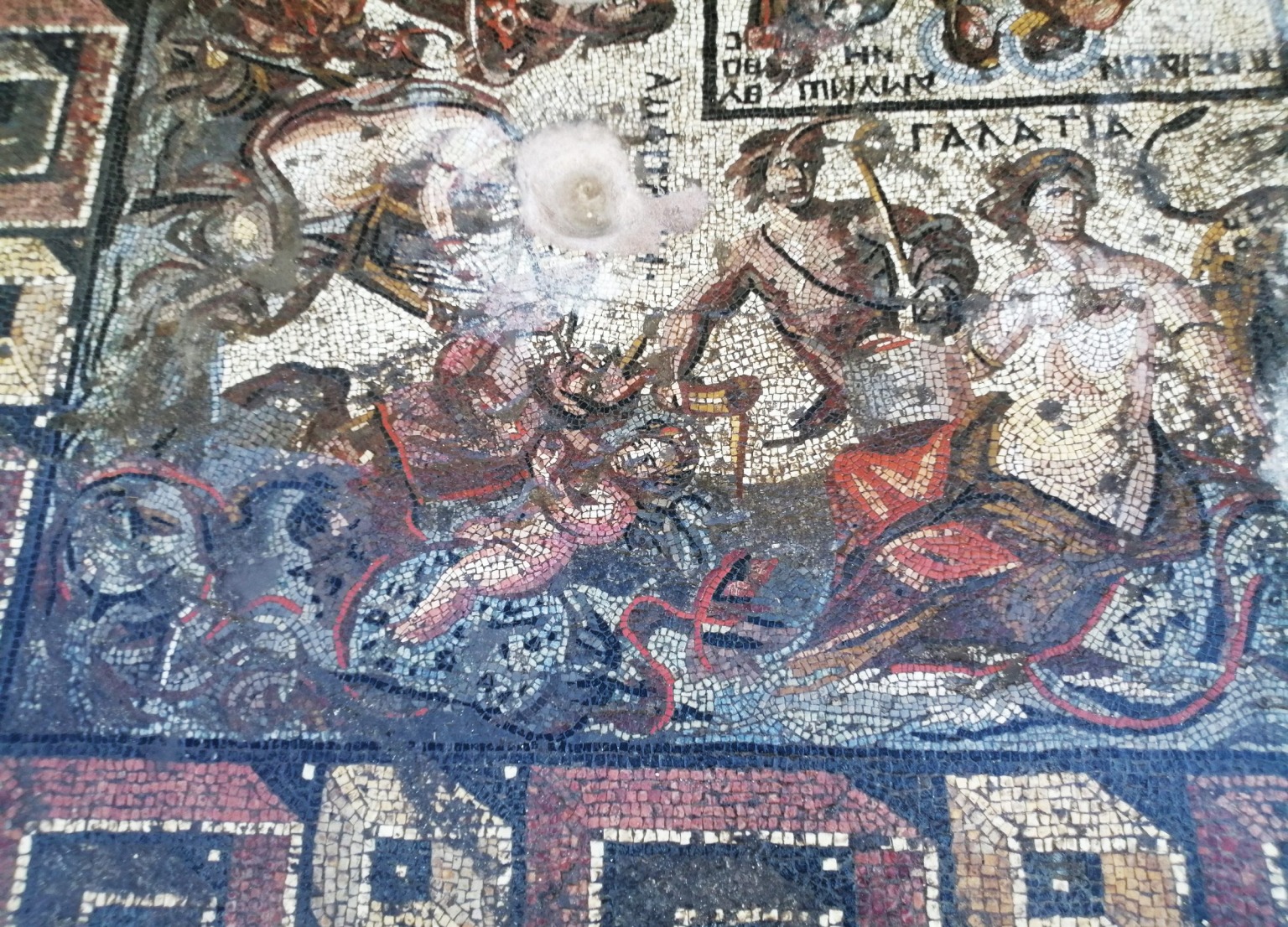 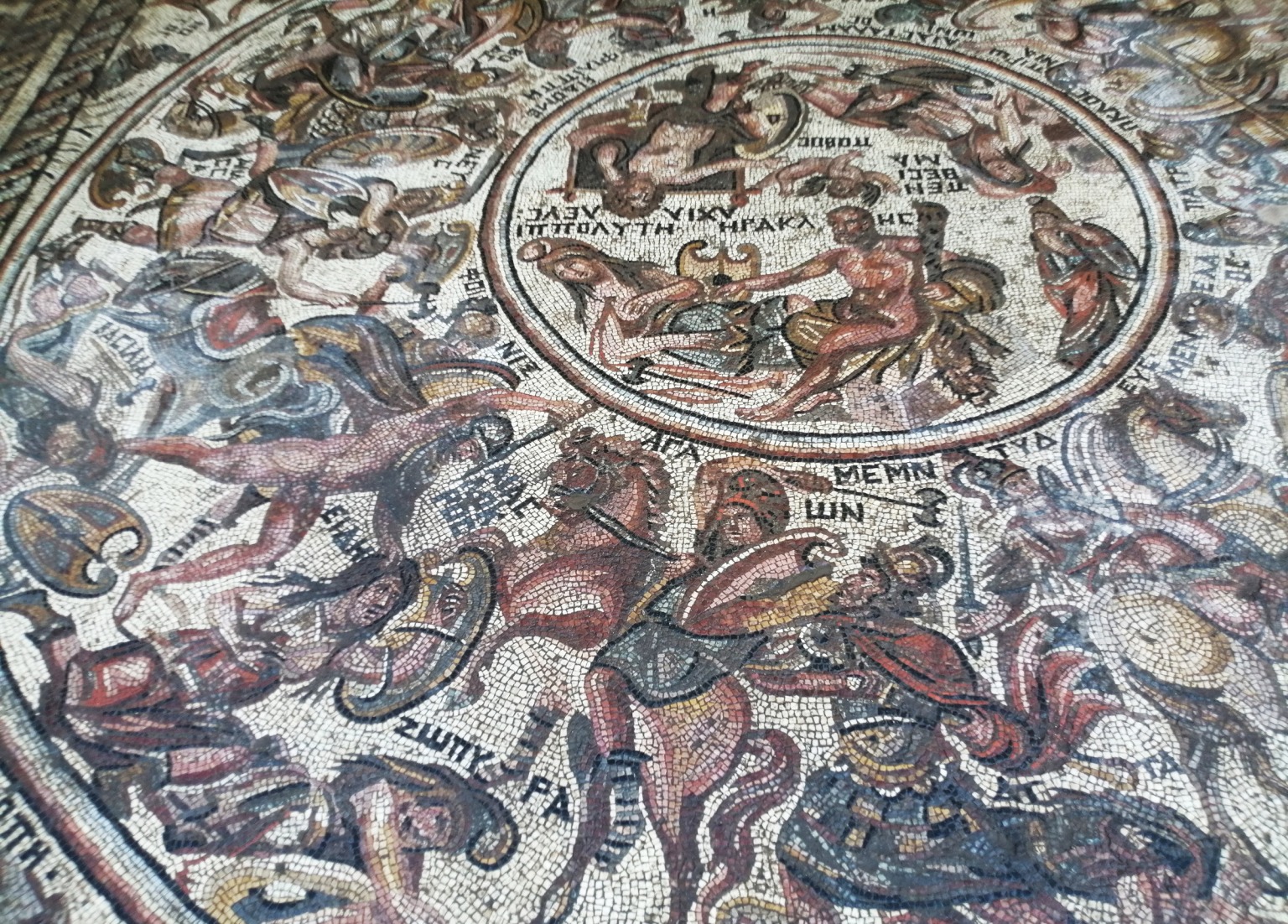 Saad called the mosaic “rare on a global scale.”
While this impressive mosaic has survived Syria’s civil war, many ancient works did not. Over the past 11 years, important cultural heritage sites have been destroyed across the country, and following the siege of Palmyra in 2015, the Islamic State destroyed a vast swath of the city’s ancient art. Some of those artifacts include the 1,800-year-old Arch of Triumph, the 1,500-year-old Mar Elian monastery, and the 2,000-year-old Lion of Al-lāt.

The Syrian civil war also spawned extensive antiquities looting — conducted by the Islamic State and other groups — with sales placing some of those objects across the world. 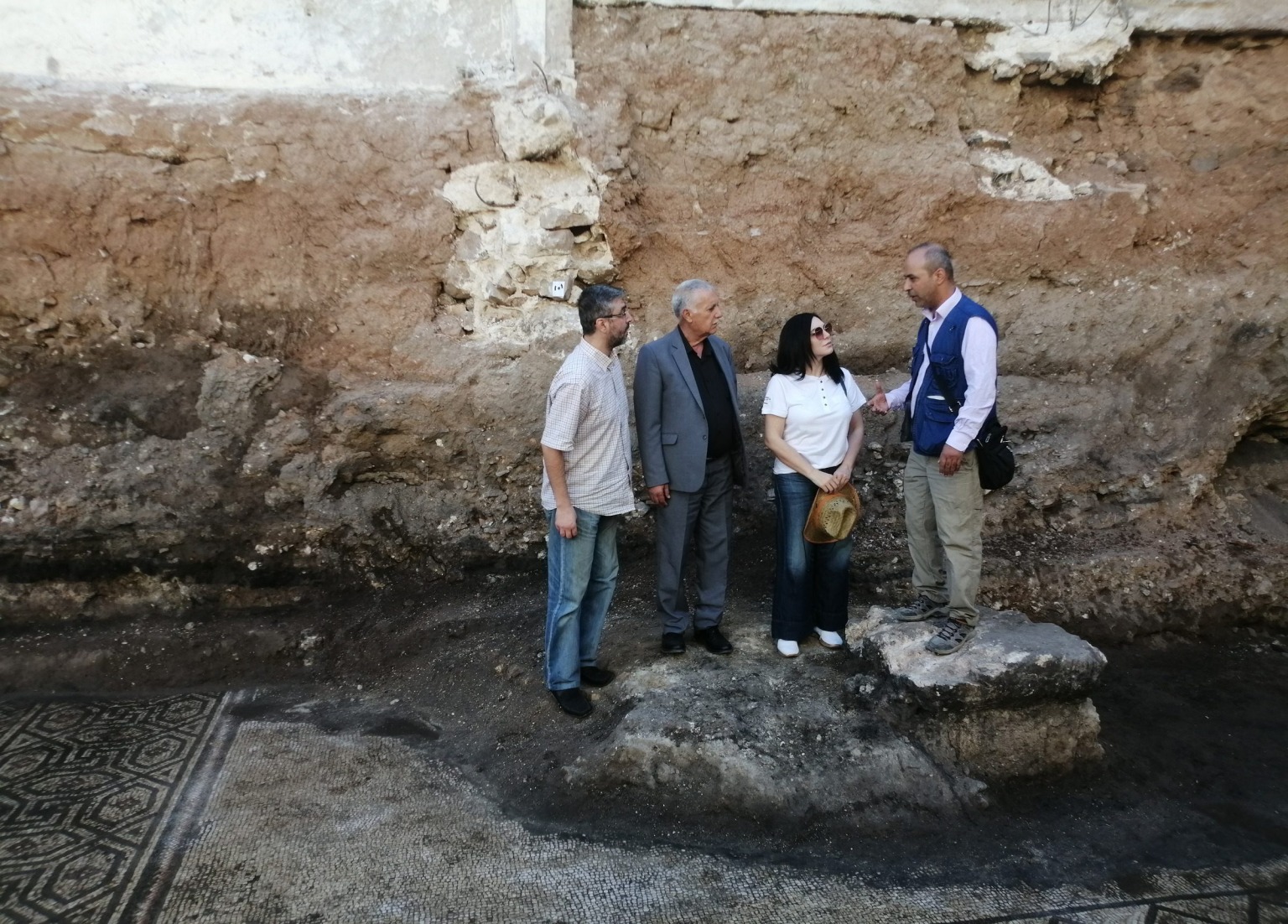 The mosaic was uncovered in a fourth-century building, but researchers don’t know what the building was used for.
“Unfortunately, there were armed groups that tried to sell the mosaic at one point in 2017 and listed it on social media platforms,” Saad told the AP. (Social media has proven a useful tool for antiquities trafficking.)

Despite the attempt to sell the mosaic, no extensive archaeological research has previously been conducted in Rastan. Nabu Museum announced that they would publish research on the mosaic.