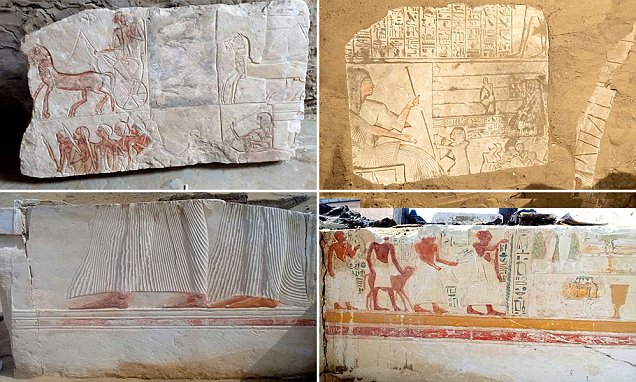 Archaeologists are in the process of uncovering this carving at the tomb of a high general in Saqqara. (Image credit: Photo courtesy Egyptian antiquities ministry)
Archaeologists have discovered the sprawling, 3,300-year-old tomb of an army general named Iwrhya at the ancient Egyptian site of Saqqara. 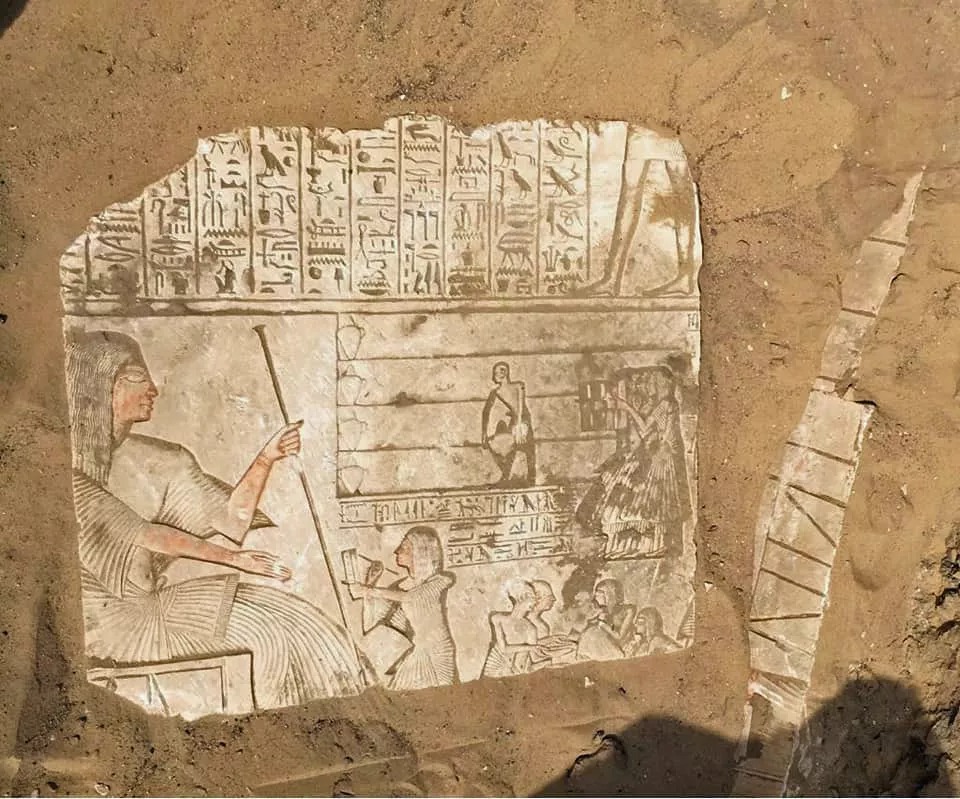 The tomb contains a number of rooms, including chapels, a forecourt and a room that excavators call the “statue room.”

The art found in the statue room portrays the owner’s military actions and foreign relations with neighboring countries, according to the statement. These scenes include “mooring boats taking down their loads of Canaanite wine jars,” the statement said. The Canaaniteslived in modern-day Israel and Palestine, and were, at times, ruled by the Egyptians.

Additionally, a block “discovered in the sand [that was] probably detached from the northern wall shows quite an exceptional scene of an infantry unit and charioteers crossing a waterway with crocodiles,” the statement said. Analysis of that scene suggests the crossing took place somewhere on the eastern border of Egypt, according to the statement.

Excavations are ongoing, and human remains have yet to be found in the tomb. It’s possible that the tomb was used to bury multiple family members, such as Iwrhya’s son, Yuppa, and grandson, Hatiay — both of whom were mentioned in the inscriptions. It’s also possible that Iwrhya may have been of foreign descent, according to the statement.

A team led by Ola El Aguizy, a professor of Egyptology at Cairo University, discovered and excavated the tomb during the 2017-2018 field season. It is located at Saqqara to the south of a pyramid built by a pharaoh named Unas, who reigned more than 4,300 years ago. Saqqara contains a vast amount of archaeological remains that encompass thousands of years of Egyptian history.