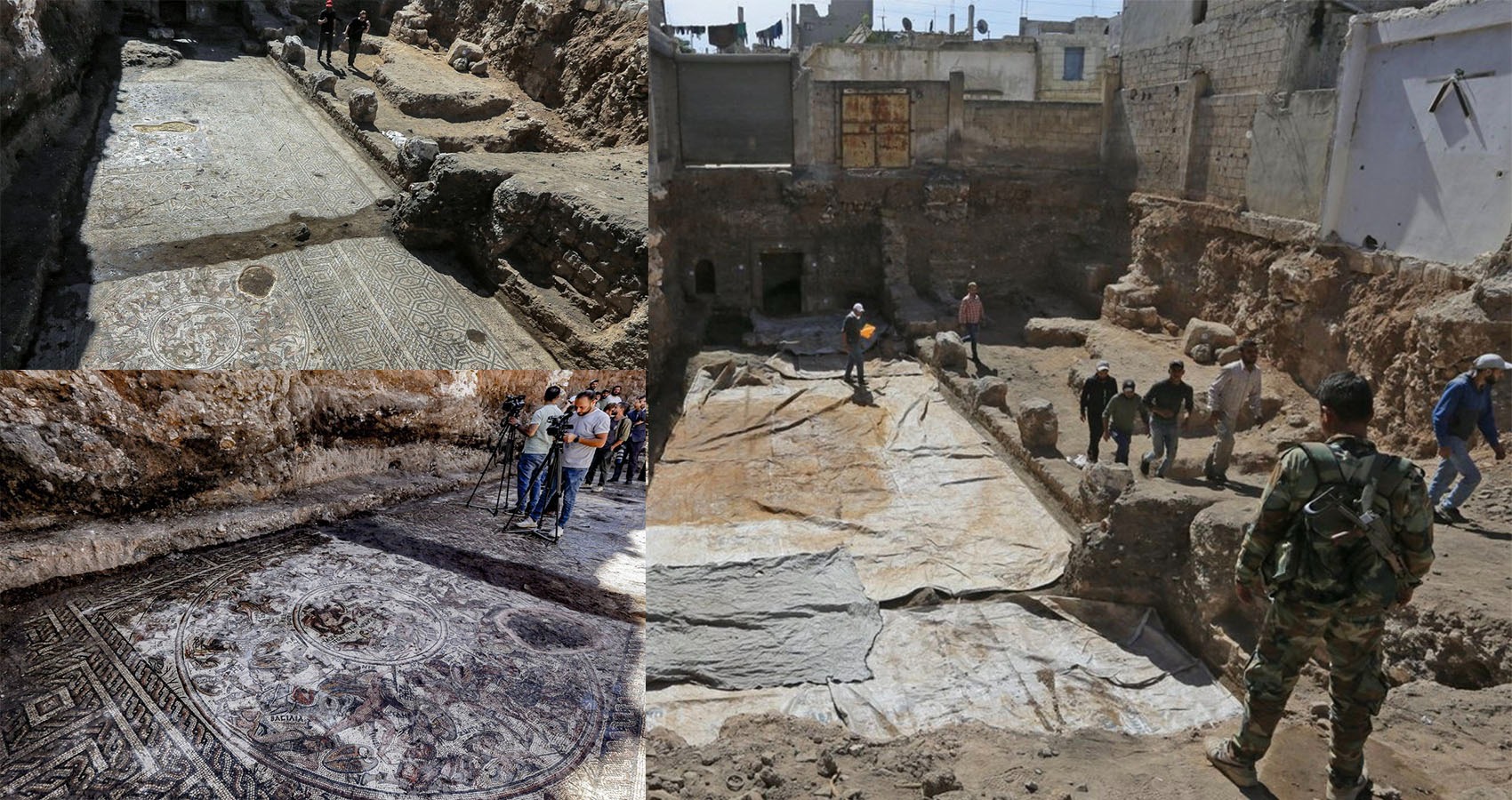 The well-preserved mosaic was hiding beneath a fourth-century building in Rastan, a town near Homs. Businessmen with the Nabu Museum in neighboring Lebanon bought the property and donated it to the Syrian government. In 2018, the government reclaimed Rastan from rebels amid the ongoing Syrian Civil War. 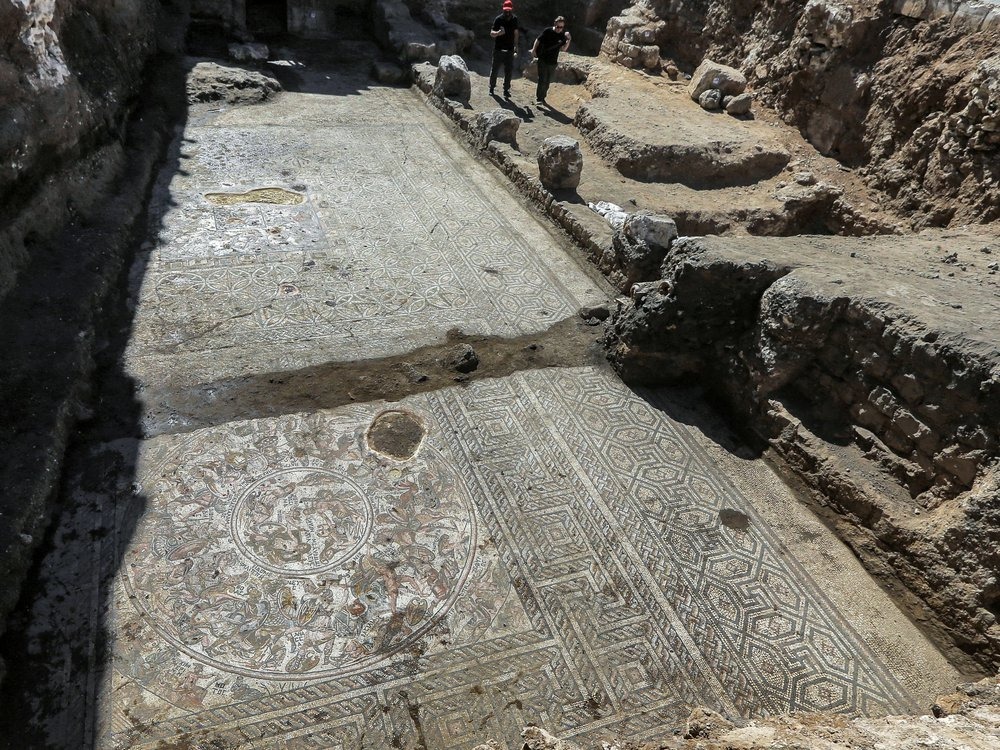 “It is not the oldest of its kind, but it’s the most complete and the rarest,” says Hammam Saad, who leads excavations and archaeological research at Syria’s General Directorate of Antiquities and Museums, to the Agence France-Presse (AFP). “We have no similar mosaic.” 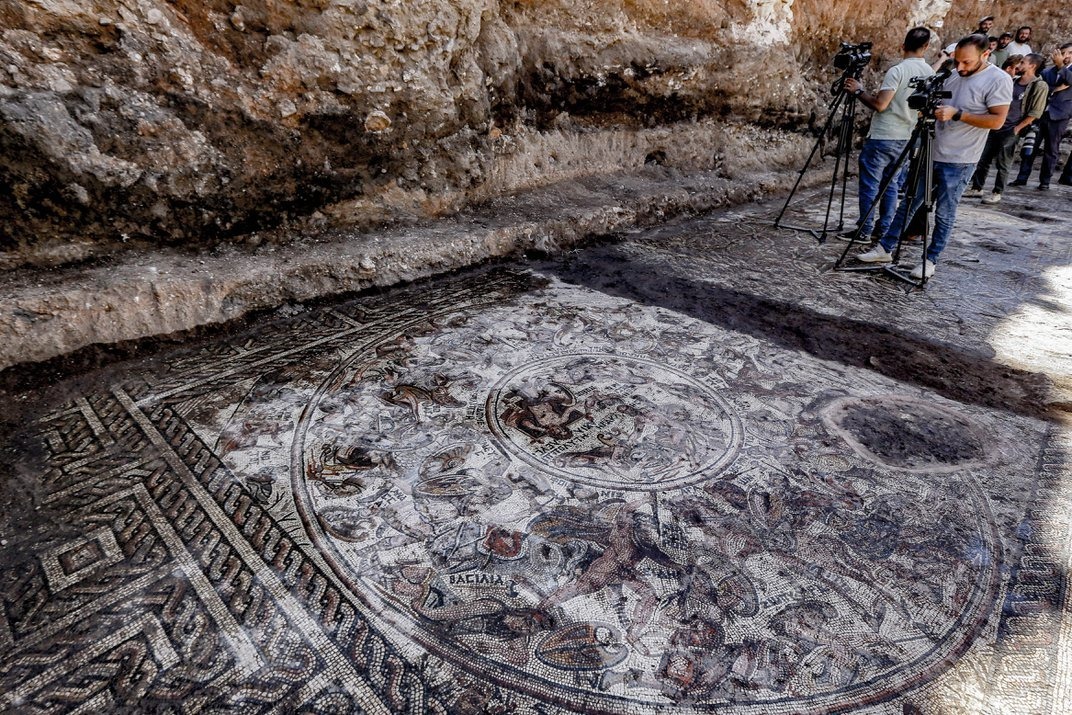 Journalists film the mosaic unearthed in Rastan Photo by Louai Beshara / AFP / Getty Images
So far, researchers have excavated part of the mosaic measuring 65 feet long. They expect to find more as they continue their work.

The artwork, which Syrian government officials say dates to the Roman era, shows soldiers holding shields and swords, as well as the names of Greek leaders who fought in the Trojan War. The mosaic’s colorful panels also show the ancient Amazon warriors of Roman mythology, as well as Roman god Neptune and 40 of his mistresses.

The researchers don’t know what the building was used for at the time artists created the mosaic, though they hope to learn more when they continue their excavations, reports Albert Aji of the Associated Press (AP). 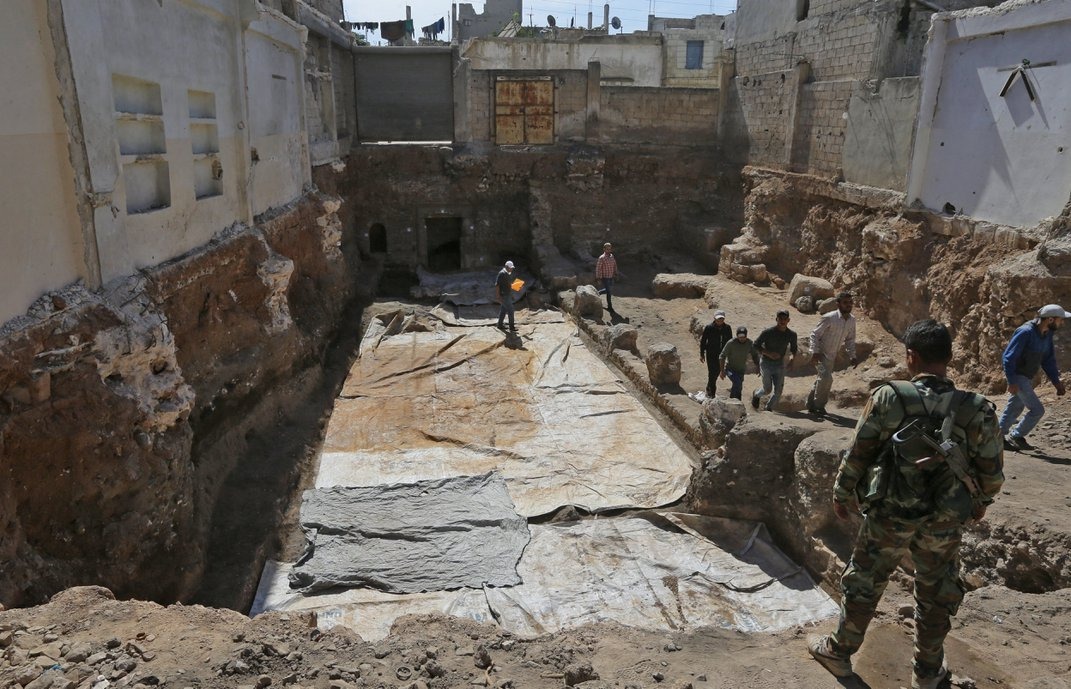 A soldier watches as a mosaic dating to the Roman era is covered up after a news briefing with journalists. Photo by Louai Beshara / AFP / Getty Images
Other buildings in Rastan may also be concealing historic artifacts. But in the past, excavation efforts were rare, in part because of the ongoing conflict.

“[I]t’s clear that the mosaic extends far wider,” Sulaf Fawakherji, Syrian actress and board member at the Nabu Museum, tells the AP. “Rastan historically is an important city, and it could possibly be [a] very important heritage city for tourism.”

The armed conflict has affected many of Syria’s heritage sites over the past decade: Vandals set fire to the Umm al-Zenar church, looted mosaics in Rastan and damaged the Khalid Ibn al-Walid mosque, per the AFP. Smugglers sold mosaic fragments, coins, statuettes and other small historic artifacts on the black market. The country’s six Unesco sites have all suffered some amount of damage as a result of the clash.

After it overtook the ancient city of Palmyra in 2015, the Islamic State destroyed the Arch of Triumph, the shrine of Baal Shamin and the Temple of Bel; militants also damaged Tetrapylon, a Roman amphitheater and monument. The Syrian government reclaimed Palmyra for good in 2017 and has been working to repair the damage.