The Maya ruins of Toniná in Chiapas, Mexico. (Image credit: Brian Overcast via Alamy Stock Photo)
Maya people cremated their rulers and used the ashes to help make rubber balls that were used in ballgames, an archaeologist has claimed. The researcher and his team believe they’ve found evidence of this practice while excavating the Maya city of Toniná, in southern Mexico.

Researchers refer to it as the “ballgame” as its rules and name may have changed over time. It was often played by two teams using a rubber ball on a capital I-shaped court. The game was popular across the Americas for thousands of years. Numerous ball courts have been found in ancient Maya cities, including Toniná. 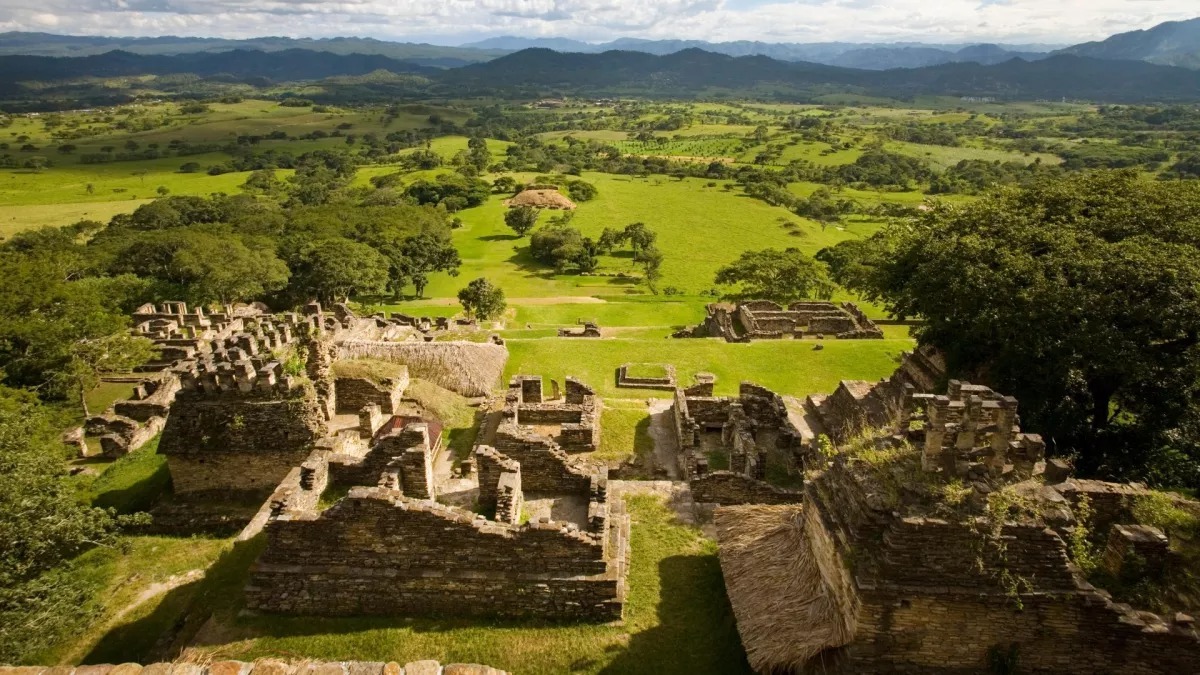 The theory about the rubber balls was put forward by Juan Yadeun Angulo, an archaeologist at Mexico’s National Institute of Anthropology and History. In 2020, Angulo’s team discovered a 1,300-year-old crypt in Toniná beneath a pyramid called the Temple of the Sun. The crypt held the remains of about 400 vessels that contained organic materials, including ash, charcoal and natural rubber, the team said in a Spanish language statement

Now, having analyzed the jars and site, the team believes that the ash is the cremated remains of rulers. They noted that the other materials in the vessels were also ingredients needed for the vulcanization process.

The team also analyzed the carvings on sculptures in an ancient ball court located near the pyramid, and found that they depict a ruler named Wak Chan Káhk, who, according to Maya hieroglyphs, died on Sept. 1 A.D. 775, as well as a woman named Lady Káwiil Kaan, who would have been someone of high rank, who died in A.D. 722. The archaeologists believe that these were two of the individuals whose remains were cremated and used in rubber balls.

Angulo told Live Science in an email that in the “Popol Vuh,” a text that tells the Maya creation story, the underworld had a ball court in which the game was played with the heads of humans or gods. Angulo also noted that there are sculptures at the nearby site of Yaxchilán depicting captives inside rubber balls being thrown by a richly dressed man — which he believes are evidence that human remains were used to make rubber balls.

Scholars react
Live Science contacted several scholars who were not involved with the research and found that they had mixed reactions to the claim.

Some were cautiously optimistic that the claim suggesting human ash was used to make rubber balls could be accurate. “It certainly is plausible that human remains were included in rubber balls,” William Duncan, a professor of biological anthropology at East Tennessee State University, told Live Science in an email. “Human remains were used in an incredibly wide array of contexts and practices for the ancient Maya.”

Indeed, “such a practice is certainly consistent with the complex and often protracted mortuary rituals of the Maya that have been documented,” Gabriel Wrobel, an anthropology professor at Michigan State University, told Live Science in an email.

However, even if human remains were used to make the rubber balls, “it is very unlikely that they would be the remains of rulers, per se,” James Fitzsimmons, an anthropology professor at Middlebury College in Vermont, told Live Science in an email, adding that the remains of war captives were more likely.

Other scholars expressed strong doubts about the findings. “Glancing through the information I found, there is no actual evidence presented that rubber balls were crafted to include the cremated remains of Maya rulers,” Susan Gillespie, an anthropology professor at the University of Florida, told Live Science in an email. “I didn’t read that they found rubber balls and analyzed them for these inclusions.”

All of the experts agreed that more information is needed, with some declining to comment on the finds until a scientific report is released.

“Once the data are available, I will be very excited to see how they identified what was in the vessels,” Carolyn Freiwald, an associate professor of anthropology at the University of Mississippi, told Live Science in an email.