ROME — For archaeologists, the excavation of Rome’s newest subway line has been the gift that keeps on giving. 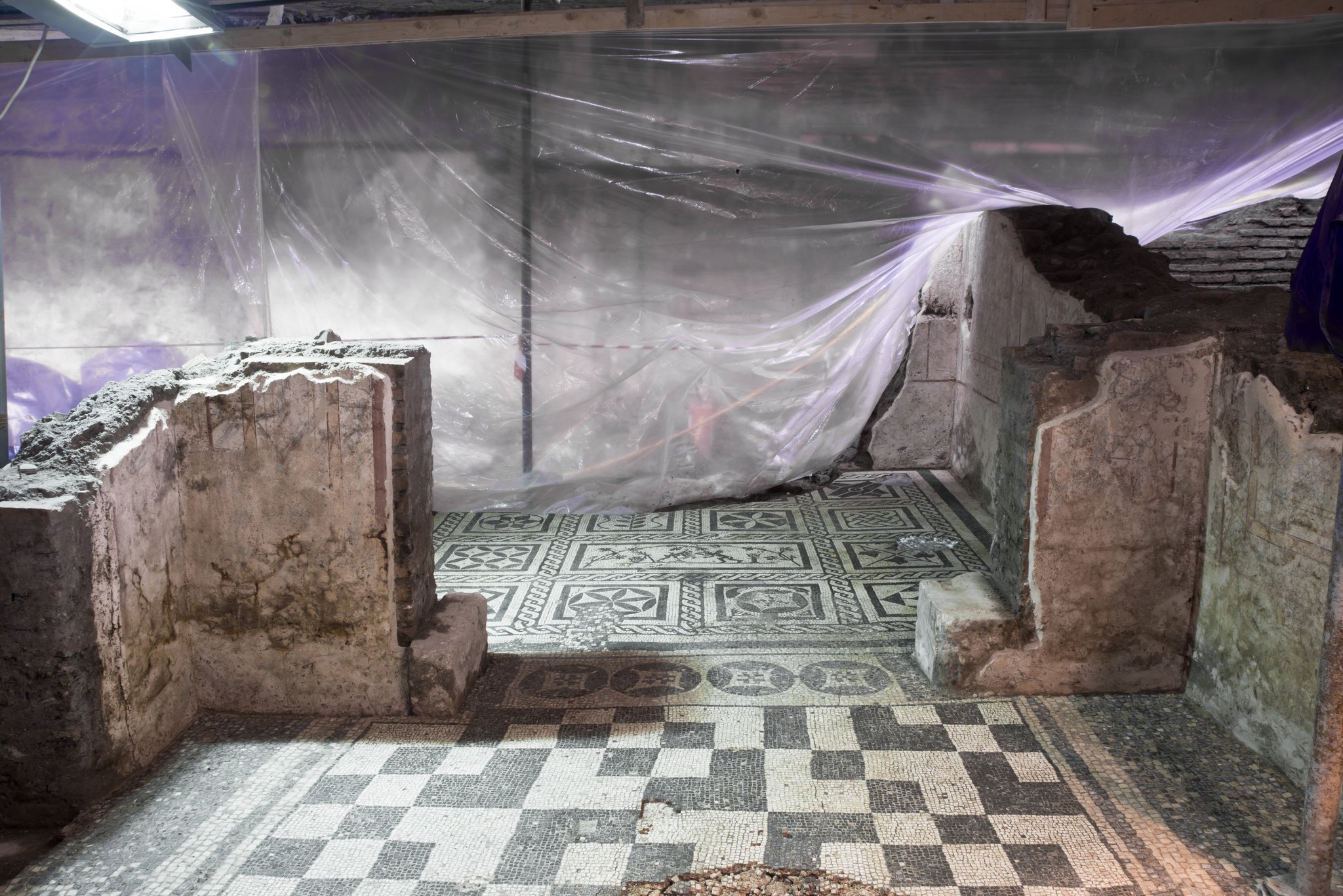 Two years after a second-century military barracks was found during the excavation of the Amba Aradam station, archaeologists last week presented the remains of a richly decorated domus, or house, that they believe belonged to the commander of the military post.

Even after the discovery of the military complex, “we didn’t imagine that we’d find a house with a central courtyard,” a fountain and at least 14 rooms, said Simona Morretta, the state archaeologist responsible for the site. One of the rooms appears to have been heated. 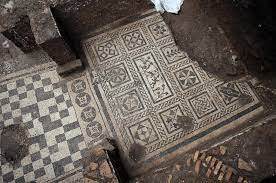 The foundation of another structure, equal in size but far less opulent, was also excavated at the same level, some 40 feet below the surface. Archaeologists believe it was probably used as a warehouse.

Morretta said the domus was remarkably well-preserved. “The decorations were mainly intact, both the patterned mosaic floors and the frescoed walls,” she said.

The walls of the domus had been leveled at a height of 5 feet and the rooms filled in with dirt, suggesting that it had been intentionally buried during the third century, just before the Roman Emperor Aurelian began building the protective walls that would encircle the city, in 271 A.D.

The excavation also unearthed rare wooden artifacts, such as wood forms used to build foundations, as well as beams. “You normally don’t find wood remains in Rome,” Morretta noted, but with the subway lines traveling at nearly 100 feet below ground, archaeologists have been able to excavate deeper than usual.

As of now, 21 of 24 stations of the new route, Line C, which links the city center to an area east of Rome, are operational. The much-anticipated San Giovanni station, which will showcase some of the artifacts found during its construction, is expected to open soon.

The domus and the warehouse will be removed from the site and temporarily preserved in special containers while construction on the Amba Aradam station continues. The ruins will eventually be returned to the site to form the centerpiece — visible to passengers — of the modern station, which is scheduled to open in 2022.

The station will be “one-of-a-kind,” Morretta said — and she’s hopeful there will be more to show off.

“We have four more meters to excavate,” she said. “We have no idea what we will find.”