The remains of a Roman villa have recently been unearthed in Defne district of southern Turkey’s Hatay province. The ruins consist of broken-down walls and a well-preserved floor mosaic with geometric patterns, reports the Daily Sabah . The discovery was accidentally made in December 2021 while construction workers were digging to lay the foundation of a new structure at the site of a demolished eight-story building. The routine construction work was halted once the find was reported to the Hatay Archaeology Museum Directorate. Archaeological investigations determined that the workers had uncovered the walls and floor of a Roman villa. Rescue excavations were subsequently launched in June 2022. 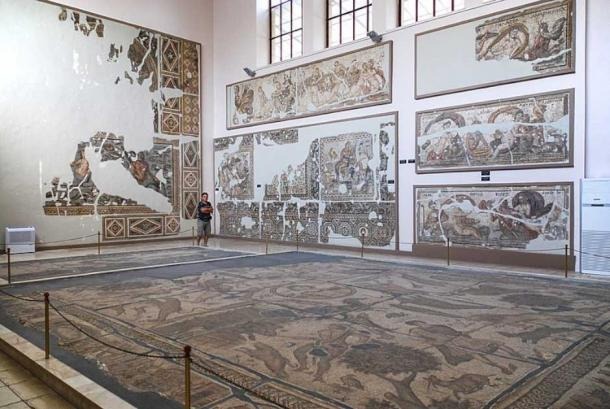 Turkey and Hatay’s Roman Past

Although the recent discovery was accidental, it is not an isolated one. The region encompassing modern Turkey was ruled by the Romans for 14 centuries and was also the administrative base of the empire from the reign of Emperor Constantine in the fourth century.

In fact, the eastern part of the Roman empire with its capital in Byzantium or Constantinople (modern Istanbul) continued to flourish even as the western part declined and fell to barbarian invasions. The eastern Roman empire lasted until the Ottomans conquered Constantinople in 1453 and put a final end to the remnants of Roman rule.

Given this history, many architectural remnants harking back to its Roman past are scattered all over Turkey. Hatay itself, known as Antiochia, was an important city in the Roman period. Established by Seleucus Nikator, one of the commanders of Alexander the Great at the end of the fourth century BC, Hatay has been home to many civilizations throughout history. It remains one of Turkey’s most religiously diverse provinces. 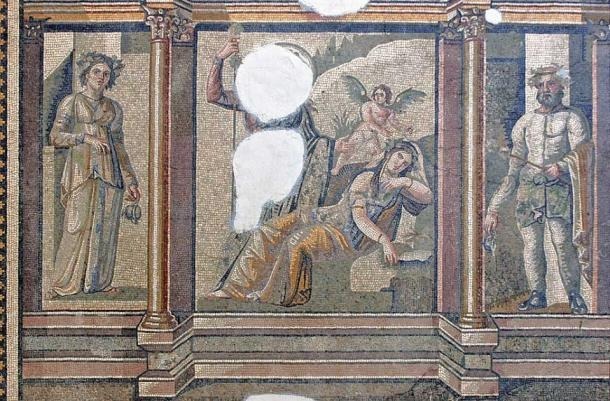 Many artifacts and architectural remains dating to the Roman period have been discovered in Hatay and it has a particularly rich vein of Roman mosaics. According to the Hurriyet Daily News , it hosts the world’s largest mosaic museum in terms of display area, though hundreds of mosaics discovered during excavations in the city are in fact exhibited in museums abroad.

“Some 200 mosaics taken from Hatay are being exhibited abroad. There is a large collection of Hatay mosaics in the Louvre Museum in France. Also, there are mosaics from Hatay in 28 different art museums in the U.S. The main museums are the Baltimore Museum of Art, the Worcester Museum of Art and the Princeton University Art Museum. At that time, the works were taken abroad by legal means. However, Hatay’s archaeological richness never ends. Historical artifacts are still unearthed during excavations.”

The site of the recently discovered villa has been put under protection once the historical provenance of the remains was established. The Defne Municipality is sponsoring the rescue operations being carried out by a team consisting of an archaeologist, an art historian and 11 workers.

According to the Daily Sabah, Ayşe Ersoy, director of Hatay Archaeology Museum, gave the information that:

“Floor mosaics and wall remains of a Roman villa were unearthed. Based on the ruins and small finds, we determined that this place was inhabited until the 2nd and 5th centuries. Antiochia was settled in a large area between the Orontes River and the Habib-i Neccar Mountains. It was the third largest city in the Roman Empire period after Rome and Constantinople. Its area of ​​spread is very wide. The road of Antiochia, which starts from the Aleppo gate, goes up to the Defne gate, and there are settlements along the way. This is a villa and ruins from that period.”

Unfortunately, there is limited scope for expanding the excavations to include the surrounding area since it lies largely under multi-story buildings. However, the Daily Sabah reported Ersoy as saying that digging would soon start in the adjacent plot to establish whether the area of historical interest was confined to the villa or extended beyond it. The findings would be presented before the conservation committee and a decision would then be taken whether the recent find needed to be shifted.

The most recently excavated Roman villa with its geometrically-patterned floor mosaic forms only the latest in the series of Hatay mosaics. Given the astonishing regularity with which Hatay keeps yielding Roman remains, it is to be hoped that it will be followed by many more such discoveries.