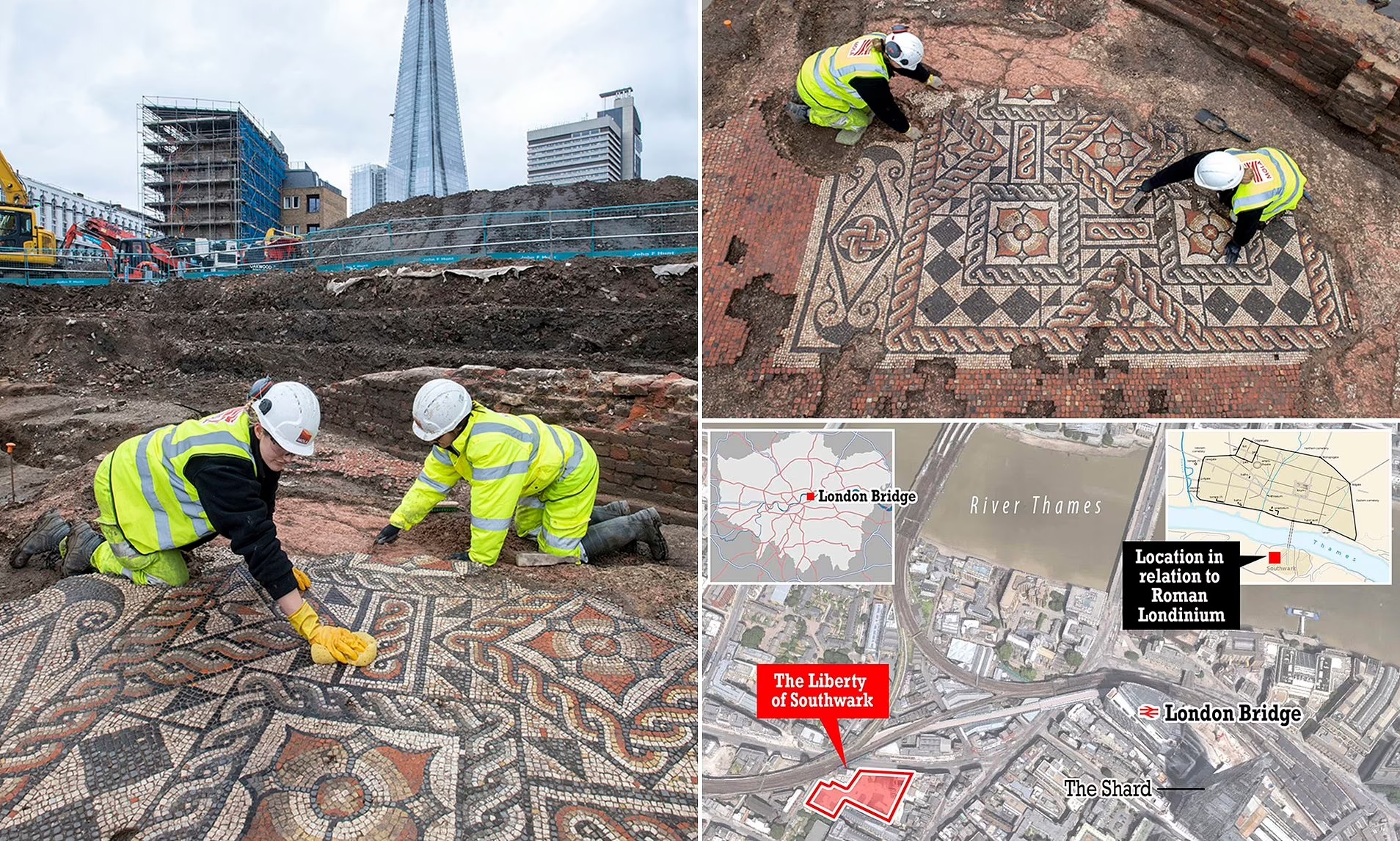 Archaeologists working on a site in Southwark Street have uncovered the largest area of Roman mosaic to be discovered in London for half a century. 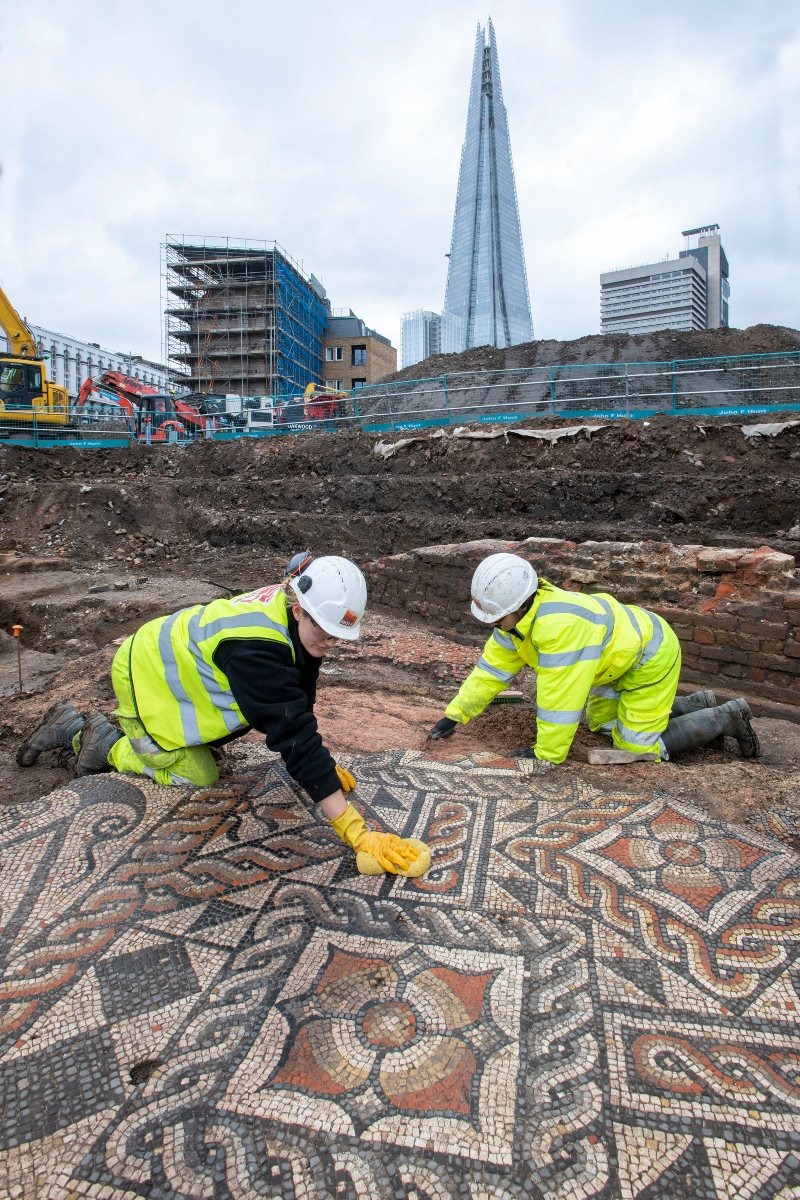 The mosaic floor is thought to date from AD 175-225 and archaeologists believe it formed part of a dining room.

“This is a once-in-a-lifetime find in London,” said site supervisor Antonietta Lerz from Museum of London Archaeology.

“It has been a privilege to work on such a large site where the Roman archaeology is largely undisturbed by later activity – when the first flashes of colour started to emerge through the soil everyone on site was very excited!”

The discovery was made last month on the plot of Transport for London-owned land at the junction of Southwark Street and Redcross Way, previously known as Landmark Court and now being redeveloped by U+I under the ‘Liberty of Southwark’ name.

The land was used by London Underground in the 1990s for construction of the Jubilee line extension and was later used by contractors working on other major projects including the Thameslink Programme. It has also been used for car parking and as a useful site for movie-makers filming in the area to park their trucks.

The site was always known to have a high potential for archaeological discoveries. The remains of a high-status Roman building were discovered on the eastern side of the site in 1981, and further digs were carried out during the Jubilee line works in the 1990s.

The mosaics will be recorded and assessed by an expert team of conservators. They will then be lifted and transported off site, enabling more detailed conservation work to take place.

It is possible that the mosaic will be put on public display in temporary locations for the next few years before being incorporated into the new development.

The development – approved by councillors in 2020 – will include offices, shops and homes.