Syrian archaeologists unearthed an “unmatched” mosaic from the Roman era in Homs province, previously held by the opposition forces.

The Syrian state news agency SANA reported that the large mosaic panel had been unearthed in the city of al-Rastan, in the province of Homs in central Syria.

SANA added that the panel has no parallel in the world.

The director of excavation studies and the archaeological mission in al-Rastan, Humam Saad, told DPA that the discovery took place in 2018, but the area was at that time was under the control of opposition forces. Bashar Assad regime forces later recaptured the city. 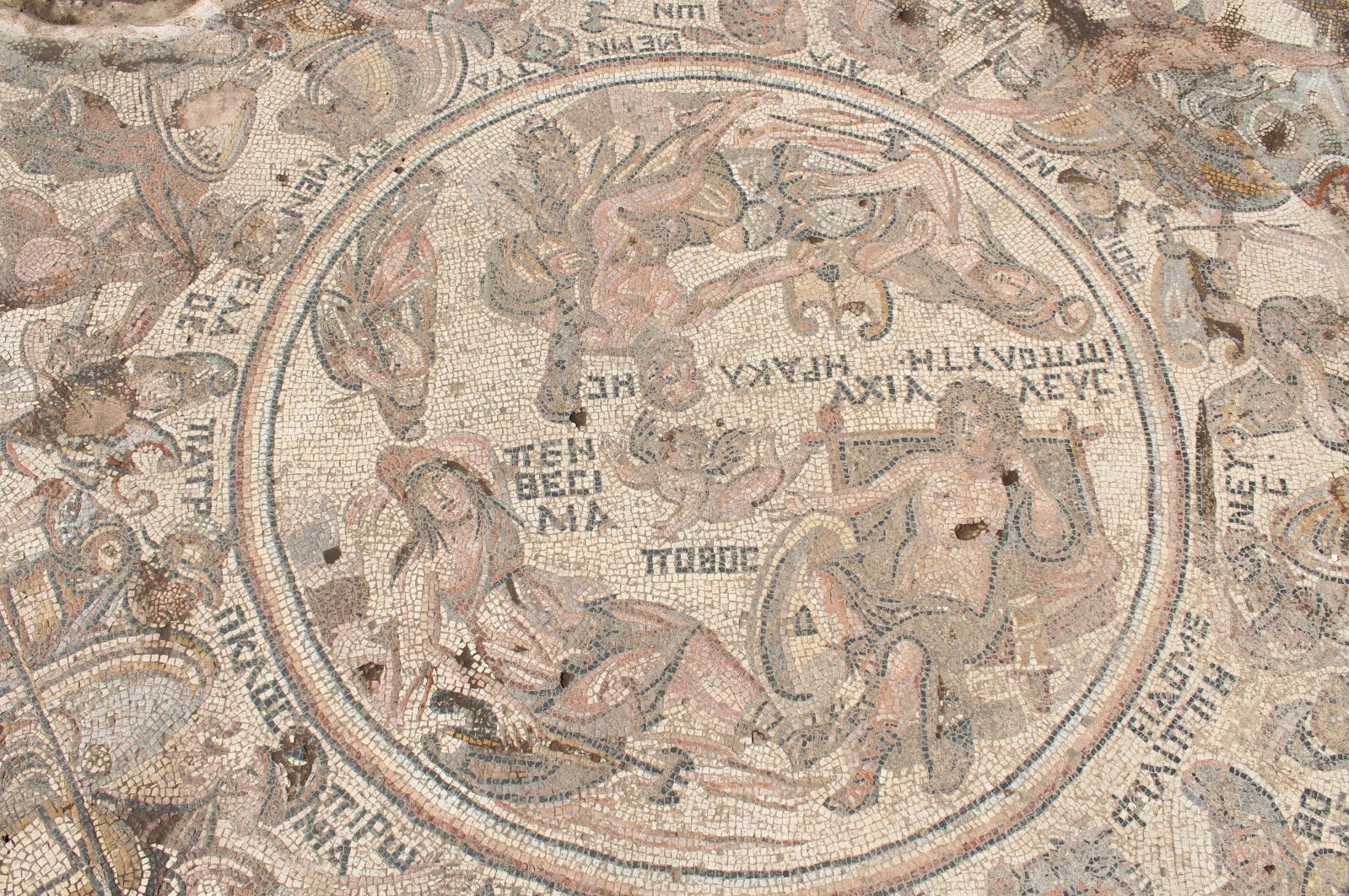 Al-Rastan, which witnessed heavy fighting between regime forces and the opposition since Syria’s uprising erupted in 2011, has many ancient archaeological sites dating back to the Roman era.

Saad added that the discovery is considered one of the most important and rarest mosaic panels in the world, with a length of 20 meters and a width of 6 meters. It features two main scenes. 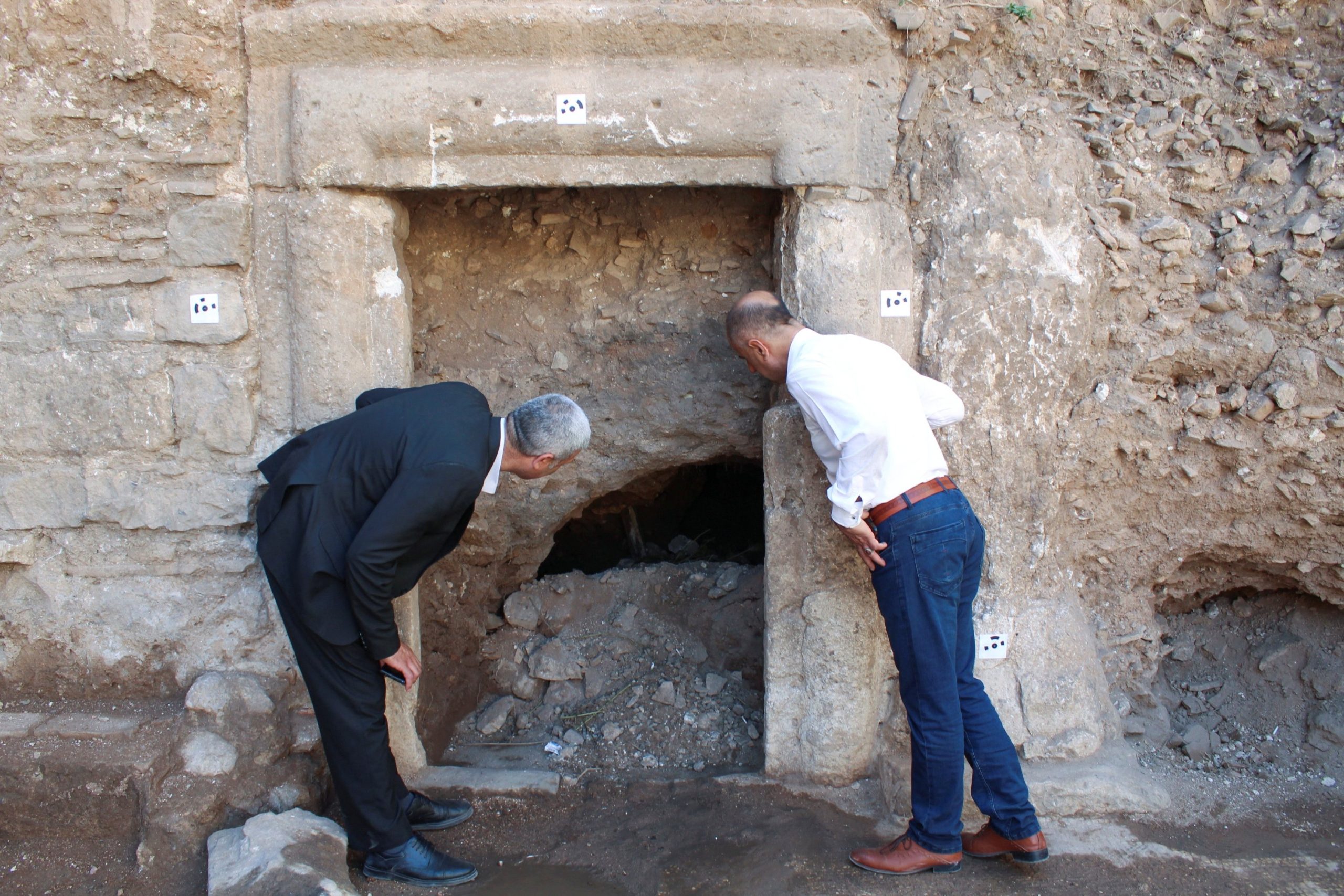 People check the gate of the room where a mosaic panel was foud in al-Rastan city, Syria, Oct. 12, 2022. (Reuters Photo)
Soldiers carrying swords and shields are seen with the names of Greek leaders who took part in the Trojan War, said Saad, who heads excavations and archaeological studies at Syria’s General Directorate of Museums.

“It is not the oldest of its kind, but it’s the most complete and the rarest,” Saad said. “We have no similar mosaic.”

Discovered beneath a building archaeologists believe that more remains are to be found.

Syria was an archaeologist’s paradise, home to some of the oldest and best-preserved jewels of ancient civilizations, but over a decade of war damaged beyond repair some of its fabled past.

Mosaics adorn many of Syria’s most famous archaeological sites, including Damascus’ Umayyad Mosque, the Maarat al-Numan Museum in Idlib, as well as the floors and murals of the ancient city of Palmyra.

The Daesh terrorist group overran Palmyra in 2015, turning the ancient city into a stage for public executions and destroying its famed Arch of Triumph, the shrine of Baal Shamin, and the Temple of Bel.

All of Syria’s six UNESCO world heritage sites sustained some level of damage.

In the Homs province, the ancient Umm al-Zinar church was burnt down, the Khalid Ibn al-Walid mosque was damaged, while mosaics in Rastan were looted.

The chaos that engulfed Syria at the peak of the war allowed moveable pieces — such as coins, statuettes and mosaic fragments— to be scattered worldwide through the antiquities black market.