A team of archaeologists have discovered a peculiar Roman-era earthenware pot filled with 22 oil lamps, each containing a bronze coin, in Windisch, a municipality in the district of Brugg in the canton of Aargau in Switzerland. According to the Aargau canton archeology department , the pot was discovered under a street in the area as part of an archaeological investigation in order for the local authorities to proceed with the construction of an ambitious architectural project comprising apartment blocks and commercial property. 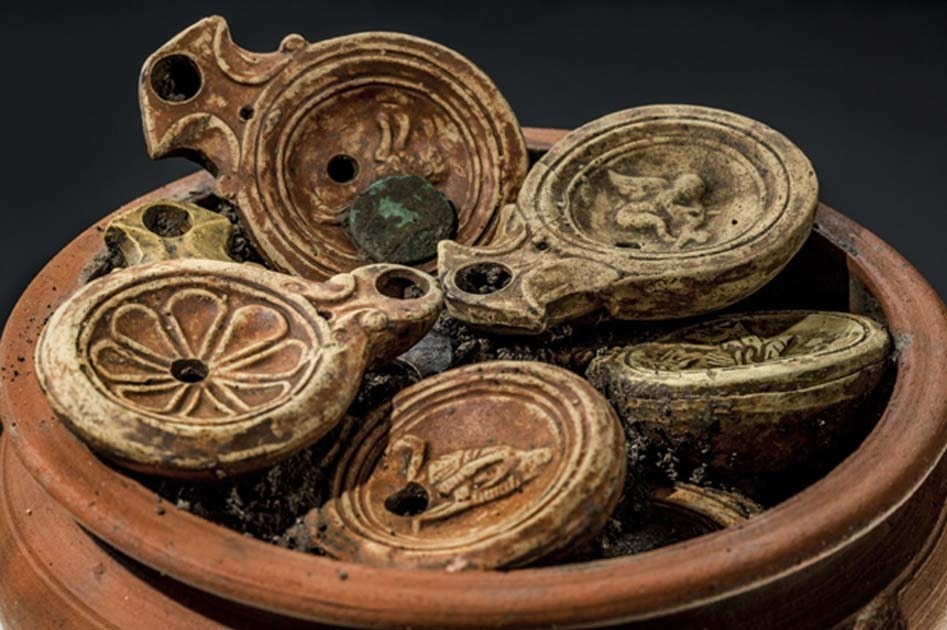 The Romans Made It to Switzerland Almost 2000 Years Ago

Experts believe that the pot has probably been buried there for nearly 2,000 years, dating it from the time of the Roman legion camp Vindonissa, which was located near where Windisch is now. According to most contemporary historians Vindonissa was probably established in 15 AD. The Legio XIII Gemina, also known as Legio tertia decima Gemina, was stationed at Vindonissa until 44 or 45 AD. It was a legion of the Imperial Roman army and according to most historical accounts it was one of Julius Caesar’s most powerful and important units in Gaul and in the civil war. It was also the legion with which Julius Caesar crossed the Rubicon on January 10, 49 BC and what’s even more impressive is that the legion appears to have still been in existence in the 5th century AD. With the arrival of the 21st legion (XXI Rapax), the camp was reconstructed with stone fortifications. After the 21st legion had looted the countryside in 69 AD, it was replaced by the 11th legion (XI Claudia) which remained stationed until 101 AD. After this date, Vindonissa was a civilian settlement, with a castle built in the 4th century.

Previous archaeological excavations in the area have exhumed clear confirmation of organized habitation and civilization dating from the Roman era, including the foundations of relatively big structures. This discovery, however, is considered by most archaeologists and experts a very special and puzzling one. Despite the pot being pretty common and representative of the cooking pots used by soldiers stationed at Vindonissa, the purpose of its contents – 22 oil lamps, each containing a carefully situated coin – is surrounded by mystery. Aargau cantonal archaeologist Georg Matter, describes the mixed feelings of his team after the fascinating discovery in the best possible way, “What astonished us was the quantity and the combination of coins and lamps” [via The Local.ch ]. Every single lamp is decorated with an image, including the moon goddess Luna, a gladiator, a lion, a peacock and an erotic scene. The bronze coins are not of value but demonstrate a symbolic gesture and date from 66-67 AD. 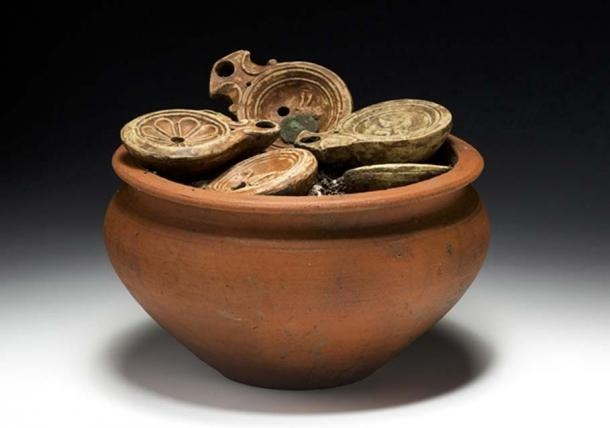 The pot also contained charred fragments of animal bones, ruling it out as an urn for human remains. Despite Matter not being sure about the nature of the pot and its content, he speculates that it could be a ritual burial. However, the fact that there have never been any other comparable or similar discoveries, makes things for Matter and his team even harder. “The intentions behind this burial are puzzling at the moment,” adds Matter, who hopes that additional discoveries will help him understand the use of the pot and its content a little better. From a historical point of view, it’s interesting to notice that the Romans made it right over the Swiss Alps with no modern conveniences, a fact that clearly shows that nothing was poised to stop the ferocious Roman Legions back then. 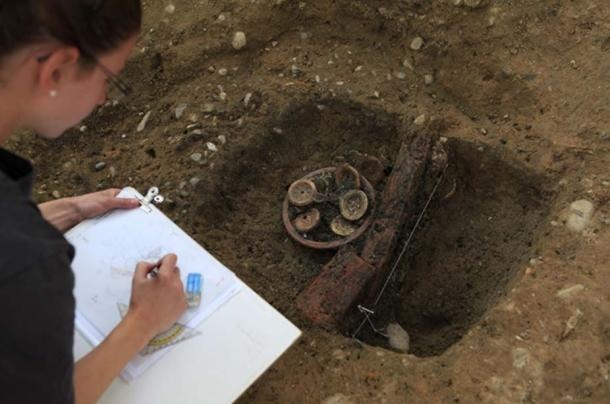 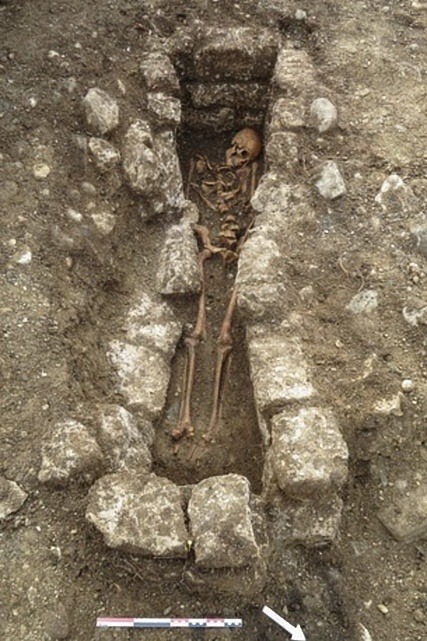