Mystery in an Ancient Mosaic

Palazzo Massimo alle Terme, close to Termini train station in Rome, houses one of the world’s most important collections of Classical art. 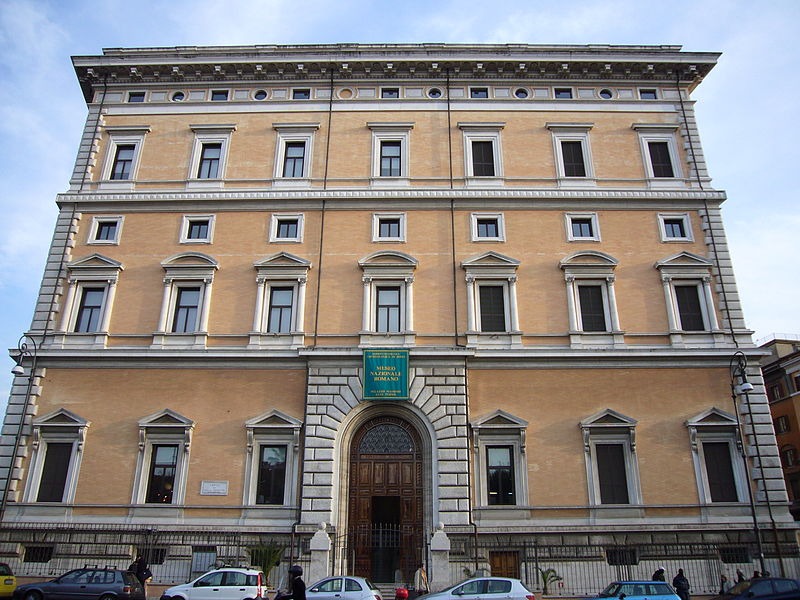 On the second floor of the museum, in the gallery dedicated to ancient Roman frescoes and mosaics, you can find something very peculiar hidden in what looks like an ordinary mosaic floor. Dating from the early 1st century A.D., this mosaic illustrates various food items. At the top of the scene, a basket of fruit is brimming with figs, grapes, pomegranates, and…a pineapple! 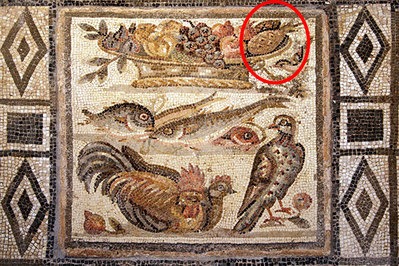 The presence of this tropical fruit (Ananas comosus) has baffled historians because the plant is indigenous to South America, and wasn’t brought to Europe until the time of Christopher Columbus.

Therefore before the discovery of the Americas, Europeans could not have known about pineapple.

This mosaic floor isn’t the first time an object strikingly similar to a pineapple appears in Roman art.

In Pompeii, a fresco discovered in the House of the Ephebe illustrates a child making an unusual offering to the gods: the fruit of a pineapple.

The most logical solution to this mystery, however, is that Roman artists were attempting to represent pinecones!
By adding some foliage to make their pinecones more appealing, little did they know that their fruit baskets would baffle viewers several hundred years later.

The similarity of pineapples and pinecones also has a linguistic echo. The very word “pineapple” was coined in early modern England to describe the cones of pine trees, the “apple”—or fruit—of the “pine”. 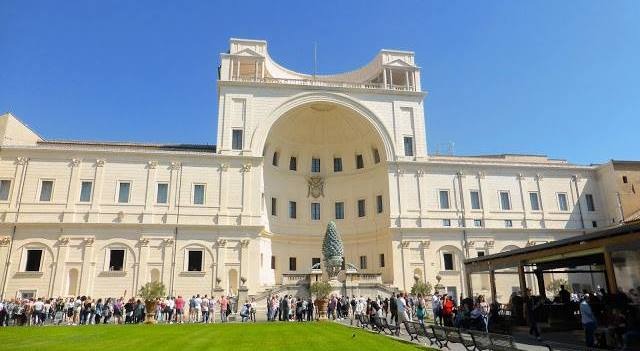 It was only when European explorers found the American pineapple and saw the visual similarity that they applied the name to the American fruit, causing the new meaning to supersede the old. In any case, you have to see the Roman pineapple to believe it!