The ruins of the ancient civilizations are all common in Rome, Greece, Turkey, Egypt, and Mexico. These cultures are the backbone of the western world, but all of them are so far away that most people see only one or two times in their lifetime. 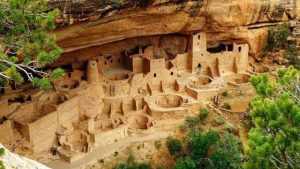 Ok, how about going to see any of them in your own backyard? Many people are surprised to discover that America has many civilizational ruins that have existed for thousands of years. Here are the top 6 choices for the best places to visit ancient ruins in America.

This park is perhaps the best known ancient ruin in the US. The massive sandstone and wood structures date between 900 – 1200 A.D. when the ancient Puebloans struggled to scratch a living out of the unpredictable desert climate. They wedged their dwellings under large overhanging rocks and inside the alcoves in canyon walls, giving them the name cliff dwellers. 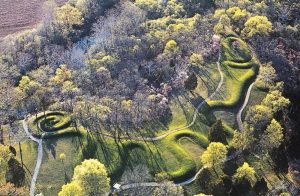 There are four main areas to explore, three on guided tours and a fourth on your own. The largest dwelling Cliff Palace and the view from Balcony House are so impressive they both made the list of top 6 ruins. Make sure you leave yourself enough time as it is difficult to visit both on the same day. Cliff Palace, the most recognized of the four, faces southwest to take advantage of the warm afternoon sun during the winter months. The Palace has almost 150 rooms, making it the largest of the cliff dwellings.

Balcony House is set up on a high ledge, and the only access in or out is a series of toeholds in the cleft of a cliff, which made this dwelling very defensible. Today you can visit these impressive dwellings by climbing a series of ladders.

Camping sites are available, as well as several hiking trails, guided backcountry tours, and bike trips. Exploring the dwellings themselves can be vigorous, involving climbing several ladders, crawling through tunnels, or walking up steep steps. 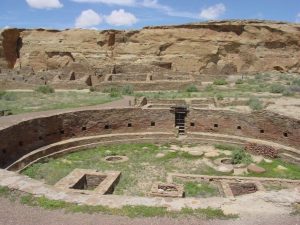 Spread throughout Ohio are ancient Indian burial mounds, including some just a stone’s throw from where I grew up. There is the famous Serpent Mound that slithers throughout the valley in the shape of a giant snake.

Until a couple of years ago, Serpent Mound was thought to have been created around 100 A.D. However, new evidence shows that these mounds may be as old as 321 B.C. This means that when these burial mounds were being built, at the same time in Greece Aristotle was pondering the meaning of life.

Several other of these man made mounds are in the form of elaborate geometric shapes called Earth Works. Some of these Earth Works date back to 10,000 B.C. It is mind-blowing to see how ancient cultures buried their dead in such a unique way. The mounds have been expertly repaired and preserved, and there is talk about UNESCO making them a World Heritage Site.

Between 900 and 1100 A.D., Chaco served as the major cultural heart of the ancient Puebloans. Chaco Canyon is in northwestern New Mexico in the San Juan Basin and is surrounded by mountains. The Indians built their dwellings to reflect solar and lunar cycles, which required incredible levels of study and knowledge.

There is also proof of a thriving turquoise mining and manufacturing trade in the area around 1,000 A.D. These people were called “Anasazi” by the Navajo, a word meaning ‘ancient ones’. This culture was highly developed for their time and is still celebrated by the Hopi people as their sacred ancestors.

Come visit the ruins of what were the largest buildings in North America until the 19th century. These truly impressive ruins built on arid plains can be seen for miles. 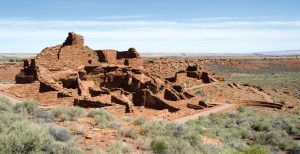 This ancient Mississippian culture spread across much of the central and southeastern parts of the United States. Cahokia was a large cultural and economic hub due to its ideal location near where the Missouri and Illinois Rivers join with the massive Mississippi River. Evidence of trade exists between the Cahokian population and other civilizations as far north as the Great Lakes and south to the Gulf coast.

The present day site has around 80 identified mounds, but at the peak of trade in the 13th century, there were over 120 mounds. At its height, the area had a population of over 40,000 people.

When you visit the site, you can immediately see the most prominent mound and focus of the city, called Monks Mound. Excavations have revealed a large building that could have been either a temple or the residence of the highest ranking chief.

Visit mound 72, a burial mound, where archeologists found the body of “Birdman”, a man in his 40s thought to be an important ruler. He was buried on a mound of shell beads shaped into a falcon, an important and common motif in Mississippian culture.

They also found hundreds of bodies interred there in various states of ceremony, some even showing the possibility of having been buried alive. This park also has North America’s only known copper workshop in Mississippian culture. One interesting find is the discovery of what experts believe is a ‘woodhenge’, a circular structure similar to Europe’s Stonehenge that was instrumental in marking agricultural cycles. 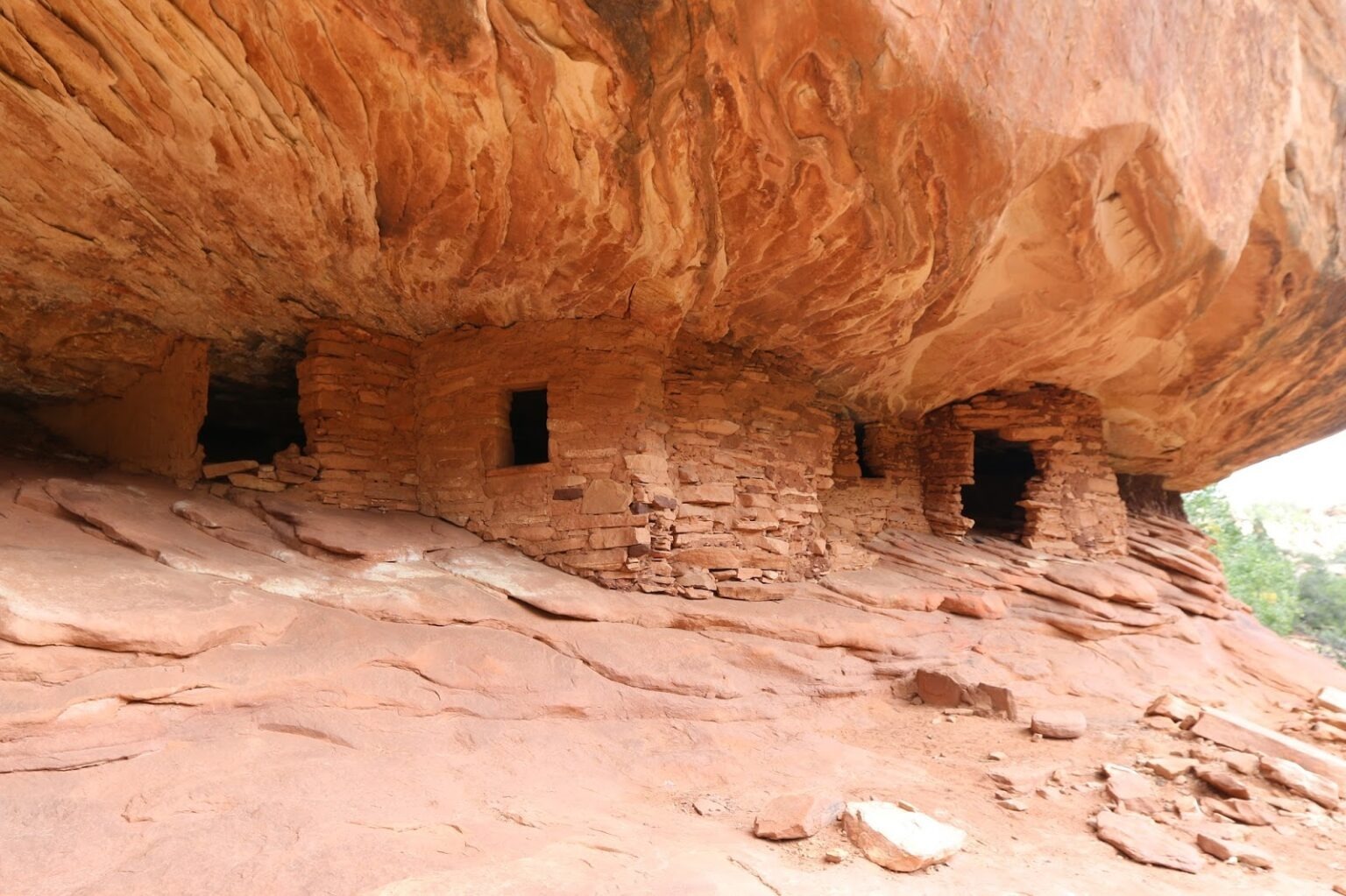 Unlike most ancient dwellings sites that only have a couple buildings, the Wupatki National Monument spreads out over an expansive area in the desert just outside of Flagstaff. There are five large sites open to the public. They date back to the 12th and 13th centuries when the Anasazi Indians expanded into the desert after the eruption of Sunset Volcano in 1064 A.D.

The ash fall made the area infertile, so the Indians moved further into the desert. You can walk the dramatic red structures made of Moenkopi sandstone at each of the five sites and even visit the Wupatki Pueblo, an Anasazi word meaning “big house”.

It is a 3 story dwelling with over 300 rooms. Take in the impressive views from Wukoki Pueblo, built on a high block of sandstone and visible for miles. After touring all the pueblos, check out Sunset Crater Volcano, the dormant volcano a bit further down the road.

In southeastern Utah there is a system of smaller ruins that wind through branched canyons through Cedar Mesa sandstone. This area is full of interesting sites, but by far the most exciting is the 4-mile trek through Mule Canyon. The trailhead is easy to reach, right off the main highway.

There are eight sites scattered along the trail, some that require climbing to reach, and some that have several rooms you can wander through. The most attractive feature: there are small natural springs near the upper end that feed a trickling stream. The entire hiking experience through the narrow canyon is one that you shouldn’t miss!

Whether you’re looking for a quick dip into the past or to immerse yourself into the lives of those that came before you, these six sites are some of the best in the country. All are protected public lands in different settings providing a unique experience. Hope you have fun exploring them all!