On the 100-year anniversary of unearthing King Tut’s tomb, archaeologists discover hundreds of tombs and mummies buried in Giza.

A pyramid built for Queen Neith was one of the many discoveries archaeologists made during the excavation. (Image credit: Courtesy Zahi Hawass)
Archaeologists have unearthed the pyramid of a never-before known ancient Egyptian queen; a cache of coffins, mummies and artifacts; and a series of interconnected tunnels. 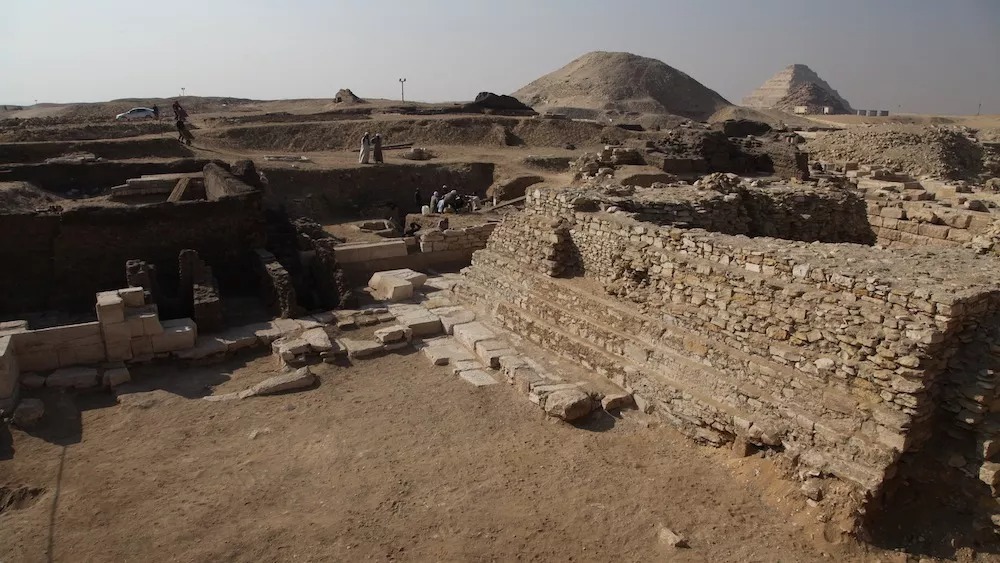 For the past two years, archaeologists have been working at Saqqara, an archaeological site in Giza, about 20 miles (32 kilometers) south of Cairo. Recently, they discovered a trove of coffins and mummies, which may belong to some of King Tut’s closest generals and advisors during his reign (1333 B.C. until his death in 1323 B.C.).

Archaeologists also focused their attention on a nearby pyramid, which belonged to Teti, the first king of the Sixth Dynasty of Egypt.

“Teti was worshipped as a god in the New Kingdom period, and so people wanted to be buried near him,” Zahi Hawass(opens in new tab), an Egyptologist who is working on the dig and who formerly served as Egypt’s Minister of Antiquities, told Live Science in an email. “However, most burials known in Saqqara previously were either from the Old Kingdom or the Late Period. Now we have found 22 [interconnected] shafts, ranging from 30 to 60 feet [9 to 18 meters deep], all with New Kingdom burials.” (Also known as the Egyptian Empire, the New Kingdom period lasted from the sixth century B.C. to the 11th century B.C.)

Buried within these shafts, archaeologists found a “huge limestone sarcophagus” along with “300 beautiful coffins from the New Kingdom period,” Hawass said.

“Burials from the New Kingdom were not known to be common in the area before, so this is entirely unique to the site,” Hawass said. “The coffins have individual faces, each one unique, distinguishing between men and women, and are decorated with scenes from the Book of the Dead [an ancient Egypt funerary text]. Each coffin also has the name of the deceased and often shows the Four Sons of Horus, who protected the organs of the deceased.” 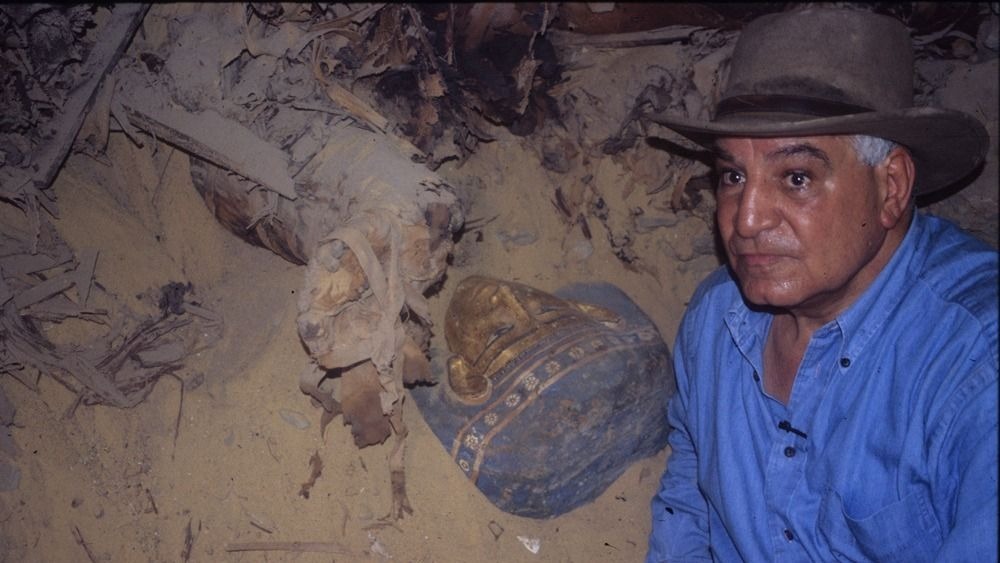 Egyptologist Zahi Hawass and one of the mummies discovered at Saqqara, a dig site outside of Cairo. (Image credit: Courtesy Zahi Hawass)
If discovering the coffins wasn’t astonishing enough, when the researchers lifted the coffins’ lids they were surprised to find the mummies in good condition, even after all these centuries.

“This shows that mummification reached its peak in the New Kingdom,” Hawass said. “Some coffins have two lids, and the most amazing coffin so far has a mask of a woman made completely of solid gold.”

He added, “Inside the coffins and tomb shafts are also various artifacts, including games such as the ancient game of Senet, shabtis [small figurines], statues of the god Ptah-Sokar and even a metal axe found in the hand of an army soldier.”

In addition, researchers found a pyramid commemorating a queen whose identity was previously unknown.

“We have since discovered that her name was Neith and she had never before been known from the historical record,” Hawass said. “It is amazing to literally rewrite what we know of history, adding a new queen to our records.”

A selection of the coffins and antiquities found at the excavation site will be on display at the Grand Egyptian Museum(opens in new tab) in Giza, which is slated to open next year.