Editor’s Note: Our ancient histories recorded in the Puranas trace back human civilization for millions of years, yet people only want to believe things if they are written in English books by westerners, who’s main motive is to declare their own religion as being the origin and source of humanity.

The fact is there are thousands of such undiscovered archaeological sites in India, which remain hidden because there is little interest in such research by the government, and because there are tens of millions of people still living on top of such places as Delhi (which was Hastinapur in ancient times).

Where as other cities rose and fall with the passing of time, many ancient cities in India such as Delhi, Varanasa, Ayodhya, etc., continue to be heavily populated, making such research nearly impossible. Others have entered into the sea, such as Dwaraka and Mahabalipuram, making research difficult. Still other sites are located in Pakistan, and the government there does not want to research them to prove the antiquity of Hindu civilization.

What is being found is really only the tip of the iceberg. If we want to locate such ancient sites of human civilization, we need only to turn to the Puranas and we can map out the entire history of the ancient world and the population centers of the ancient times. 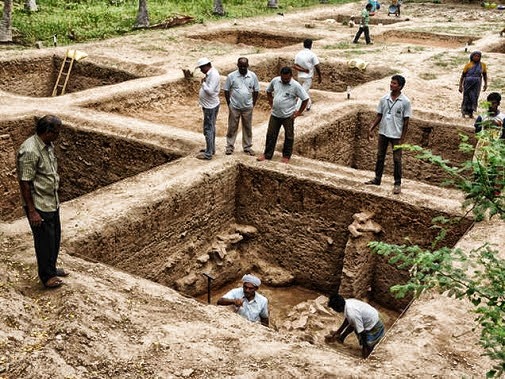 With structure after structure surfacing from under the soil, the massive scale of an ancient urban centre that lies buried at Pallisanthai Thidal in Sivaganga district of Tamil Nadu is emerging.

The second phase of the work undertaken by excavation branch VI, Bangalore, of the Archaeological Survey of India suggests that the settlement at Keeladi village could be as large as the ones in Harappa and Mohenjo Daro. The excavations reveal a well-built urban centre with many amenities. 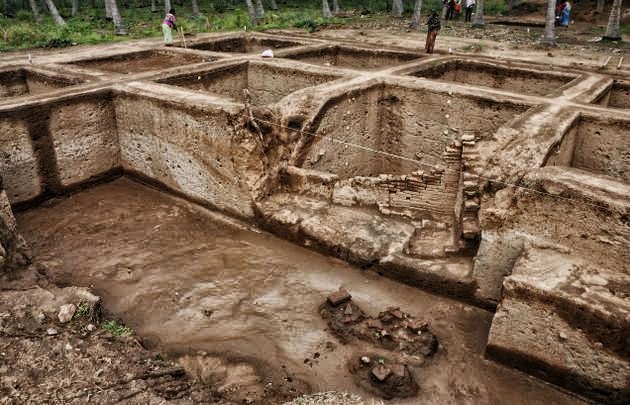 After exploration works on the Vaigai riverbed in 2013-14, the office of the superintending archaeologist, excavation branch VI in Bangalore, shortlisted Keeladi village for excavation. The first phase of the study carried out in 2015 unearthed various antiquities, iron implements and earthenware, both foreign and locally made. The pot shreds of Arretine dating back to 3 BC proved foreign trade existed in the region during the period. 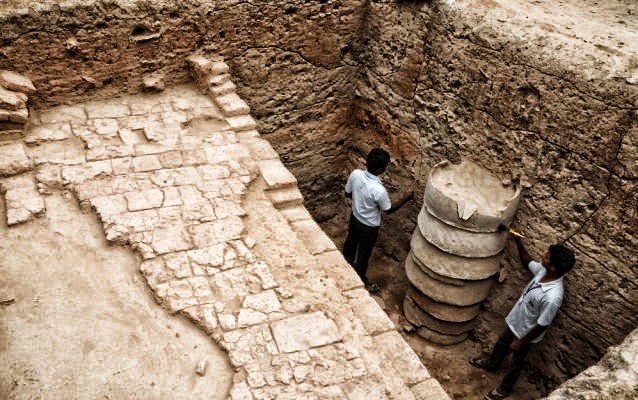 As t he phase I study concluded that this was an ancient urban habitation site, the ASI went for the next phase of excavation at Keeladi. According to archaeologists working at the site, the results of phase II in 53 excavation trenches are overwhelming. “, The mound where we are excavating is of 3.5 km circumference in 80 acres of private agricultural land. We are finding structure after structure of the habitation site, the first of its kind in Tamil Nadu. It could be a huge urban settlement of independent civilisation on the banks of the Vaigai,” said K Amarnath Ramakrishna, superintending archaeologist. 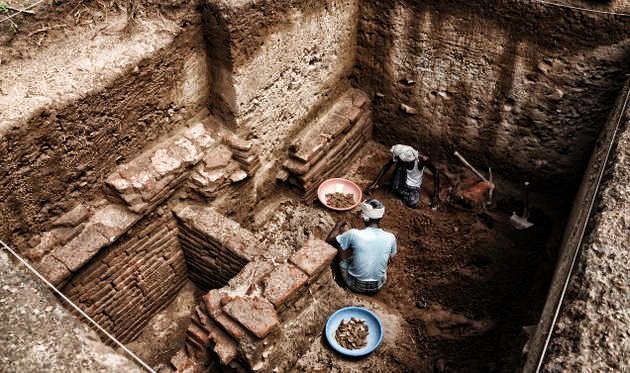 The current excavation works will go on till September this year. The excavation is lending much credence to the narrative in Sangam literature that throws light on the ancient Tamil way of life. The literature speaks volumes about the public and personal lives of rulers and the people of Tamil Nadu some 2000 or more years ago. However, there had been no solid evidence in archaeology to support the Sangam way of life. 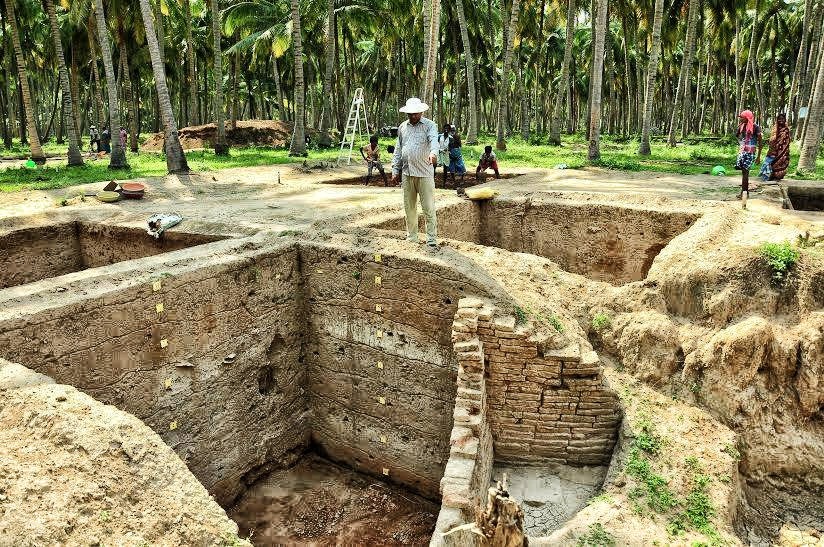 Madurai Kanchi, Nedunalvadai and Paripadal in the literature speak about the Madurai and Pandya kingdoms in the region. “These books talk about the personal lives of kings and queens, their palaces and their way of life. But we could not know exactly where the city mentioned in these texts existed,” says Vedachalam.