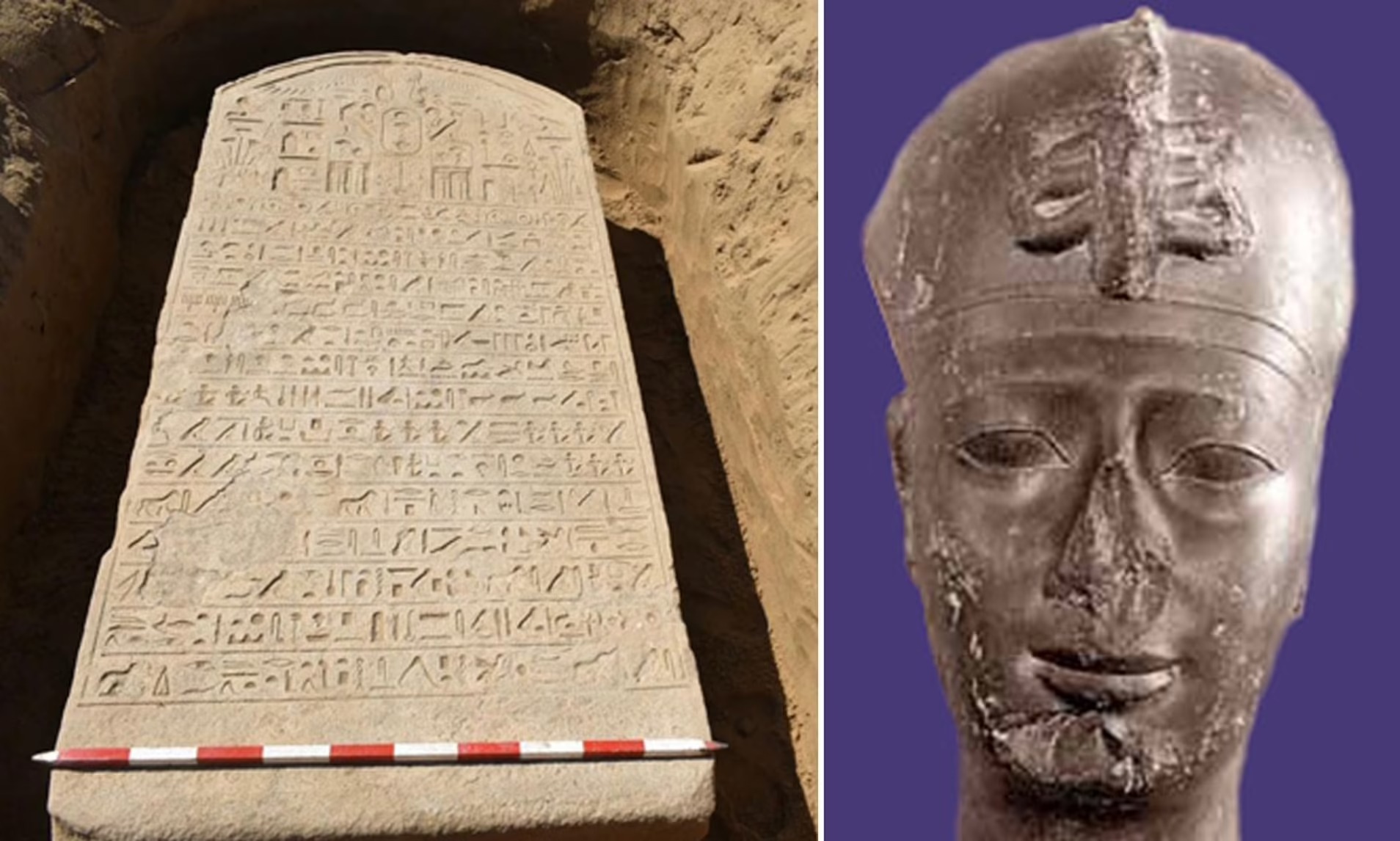 This stela, dating back about 2,600 years, was found in a farmer’s field near the city of Ismailia in Egypt. It contains 15 lines of hieroglyphic writing. (Image credit: Egyptian antiquities ministry)
A farmer living near Ismailia in Egypt has uncovered a 2,600-year-old stela erected by pharaoh Apries, who ruled from about 589 B.C., to 570 B.C., the Egyptian antiquities ministry reported. 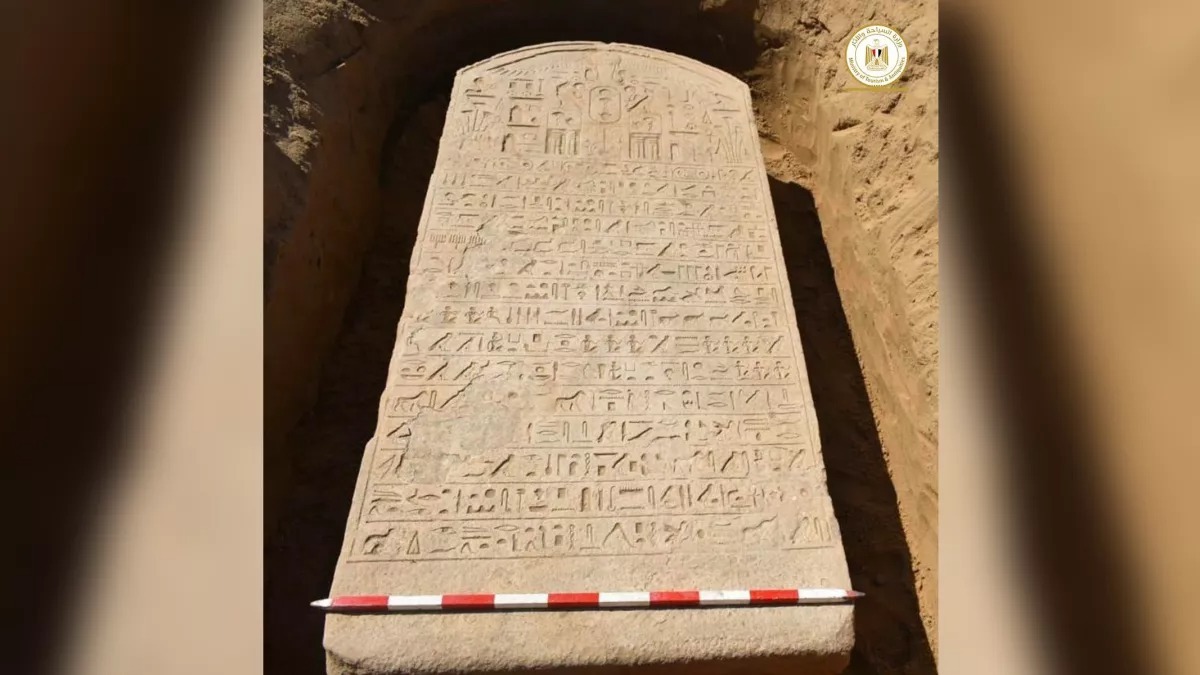 The farmer found this ancient slab of sandstone while preparing his land for cultivation, about 62 miles (100 kilometers) northeast of Cairo; he then contacted the Tourism and Antiquities Police about the discovery, the ministry statement said. The stela is 91 inches (230 centimeters) long, 41 inches (103 cm) wide and 18 inches (45 cm) thick.

At the top of the stela is a carving of a winged sun disk (a disk that was sometimes associated with the sun god Ra) with a cartouche of pharaoh Apries, with 15 lines of hieroglyphic writing below that, the statement said. Apries, also known as Wahibre Haaibre, reigned during the 26th dynasty of Egypt (688 B.C. to –525 B.C.), a time when Egypt was independent and its capital was often located at Sais in northern Egypt.

Efforts are underway to translate the stela. Mostafa Waziri, secretary general of the Supreme Council of Antiquities, said that the stela appears to be related to a military campaign that Apries undertook east of Egypt.

The ancient Greek historian Herodotus(opens in new tab) (lived ca. 484-425 B.C.) claimed that Apries fought a losing war against the Phoenicians that left many Egyptian soldiers dead and sparked a civil war in Egypt that ultimately led to Apries being killed and replaced as pharaoh by a man named Amasis. Whether this stela will shed new light on these events is unclear.