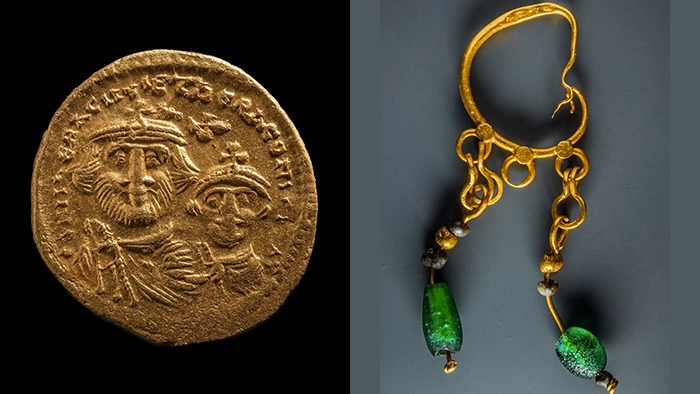 The remnants of the ancient submarine temple were found in the ancient sunken town of Heracleion, off the north coast of Egypt, identified as the Atlantic of Egypt.

About 1,200 years ago the town sank into the sea but after it was discovered 2,000 marine archaeologists have been probing to uncover new parts of the settlements.

In the most recent discovery, Egyptian and European divers uncovered the ruin of a temple along with several boats holding treasures like bronze coins and jewellery.

The ruins of an ancient underwater temple have been discovered in the ancient sunken city Heracleion, off Egypt’s north coast, described as Egypt’s Atlantis. Granite columns and a Greek temple were found during recent dives and studies to the lost city of Heracleion (pictured)

Using a sophisticated scanning device, they revealed a new part of the city’s main temple, which has been completely destroyed. Remains of a smaller Greek temple, complete with ancient columns was found along with pottery from the third and fourth centuries B.C.E.

The bronze coins were from the reign of King Ptolemy II (283 to 246 BCE). Archaeologists also stretched their map of Canopus—another sunken settlement close to Heracleion.

They found the remains of several buildings, expanding the city by about two-thirds of a mile along with gold and bronze coins as well as jewellery including rings and earrings.

The team believe the artefacts date from the Ptolemaic dynasty (305 to 30 B.C.E) to the time of the Byzantine Empire, which began in 330 C.E. Researchers also investigated some of the many ancient ships known to exist at the site.

They found treasures including crockery, coins and jewellery in one now fully-excavated vessel. The team believe the wreck dates from the fourth century B.C.

The city of Heracleion, home of the temple where Cleopatra was inaugurated, was one of the most important trade centres in the Mediterranean area before it disappeared into what is now the Bay of Aboukir.

But 12 years ago, underwater archaeologist Dr Franck Goddio was searching the Egyptian coastline for French warships from the 18th century battle of the Nile, but instead stumbled across the treasures of the lost city. 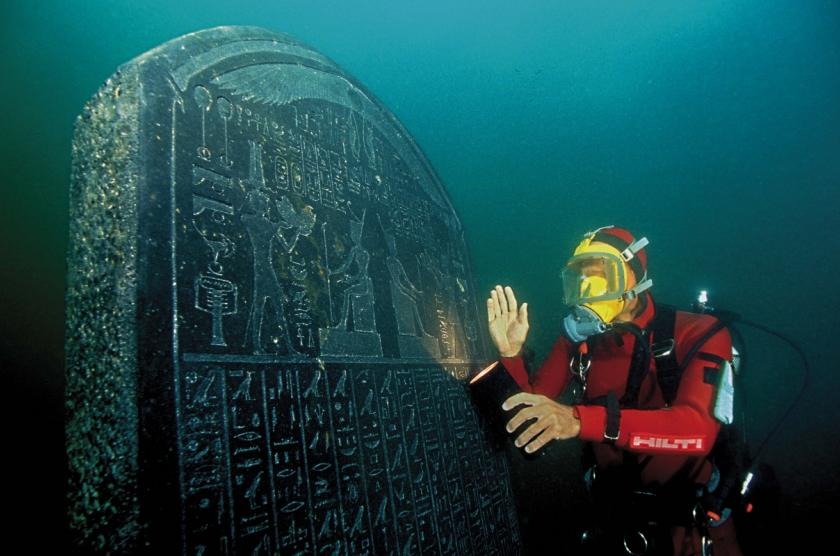 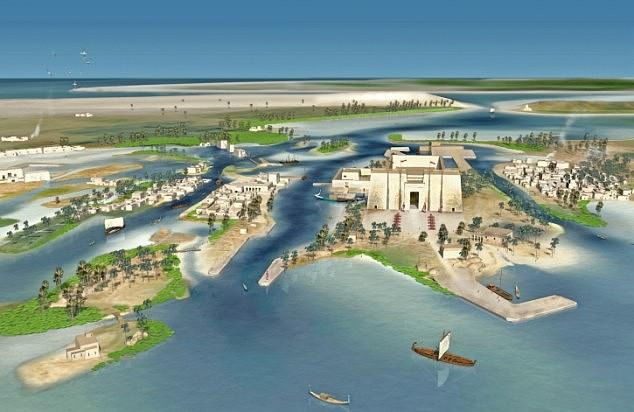 Real-life Atlantis: The sunken city of Heracleion, brought to life by the research team investigating the site 150ft under the sea where it now lays, including the main temple of Amun-Gerb, centre-right