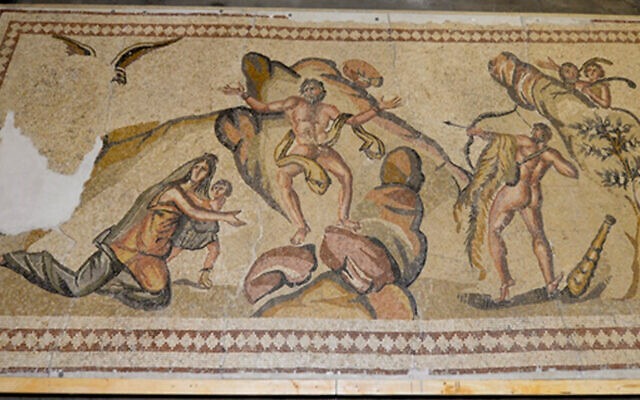 This undated photo provided by the US Department of Justice shows an ancient mosaic believed to have been looted from war-torn Syria and illegally imported into the United States by Mohamad Yassin Alcharihi. (US Department of Justice via AP)
LOS ANGELES, California — A Southern California man has been charged with smuggling an ancient mosaic that authorities believe was looted from war-torn Syria and falsely underestimating its value to avoid import duties.

Mohamad Yassin Alcharihi, 53, claimed in paperwork the 18-foot-long mosaic was part of a shipment worth only about $2,200, according to a federal indictment announced Friday.

However, an expert retained by the government believes the artwork was worth more than that.

The mosaic, seized by FBI investigators at his Palmdale house in 2016, depicts Hercules and dates back to the Roman Empire. Experts believe the mosaic was similar to others found in and around the city of Idlib, Syria. 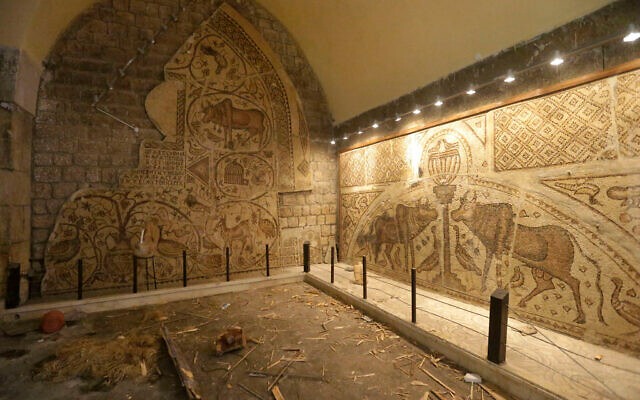 In this photo taken Tuesday, February 26, 2013, ancient mosaics which were damaged by shelling are seen inside a 17th-century caravanserai in Maaret al-Numan, Idlib province, Syria. (AP/Hussein Malla)
Alcharihi has been locked in a legal dispute with federal authorities to reclaim the seized mosaic.

An email message to his attorneys in the forfeiture case has not been returned.