Breathtaking 1,700-year-old Lod mosaic to finally have a floor to call home

Decades after its discovery, country’s ‘finest’ tile art will be displayed to the public at the central Israeli city’s Mosaic Archaeological Center – when it’s completed in 2019 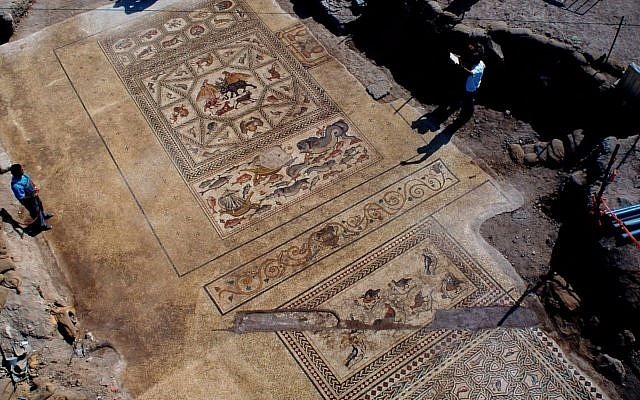 The richly colorful mosaic was discovered accidentally during salvage excavations in 1996 at a central city square in Lod. At a ceremony on Thursday, the cornerstone of the Lod Mosaic Archaeological Center was laid at the site of its discovery by Lod Mayor Yair Ravivo, Israel Antiquities Authority director Israel Hasson, and the center’s main donor Shelby White. 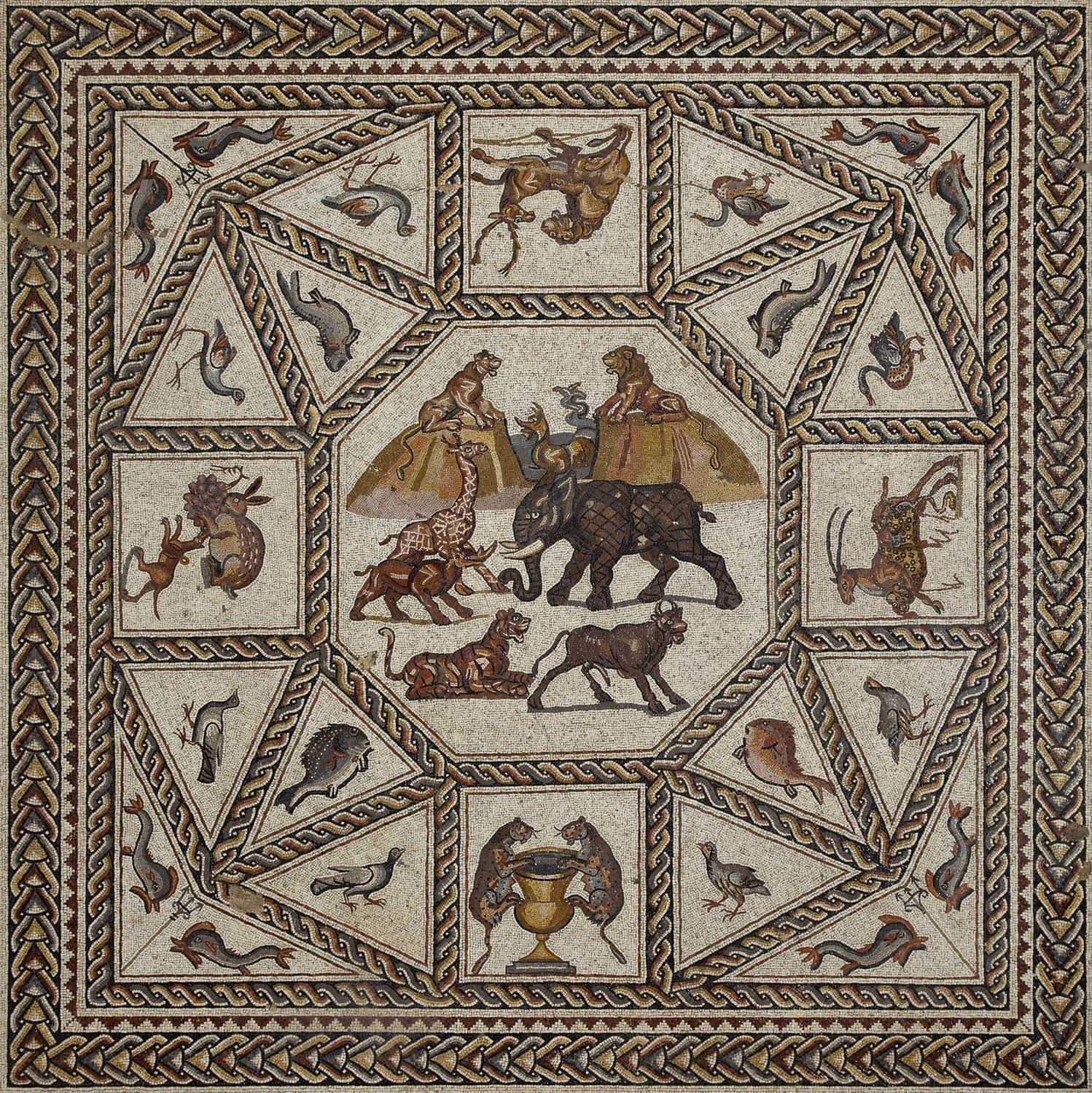 After identifying the importance of the late third century-early fourth century Roman period piece, the IAA was left with a difficult decision. While glorious and mostly extant, without a budget and the means to conserve and display it, its glory would be lost. At the end of the 1996 dig, it was again covered with earth until a donor could be found.

In 2009, when funding was found through the Leon Levy Foundation and Shelby White, the mosaic was again uncovered. It began its travels in the world, and was viewed in Paris, New York, San Francisco, Chicago and elsewhere as plans were slowly drafted for the Lod archaeology center. 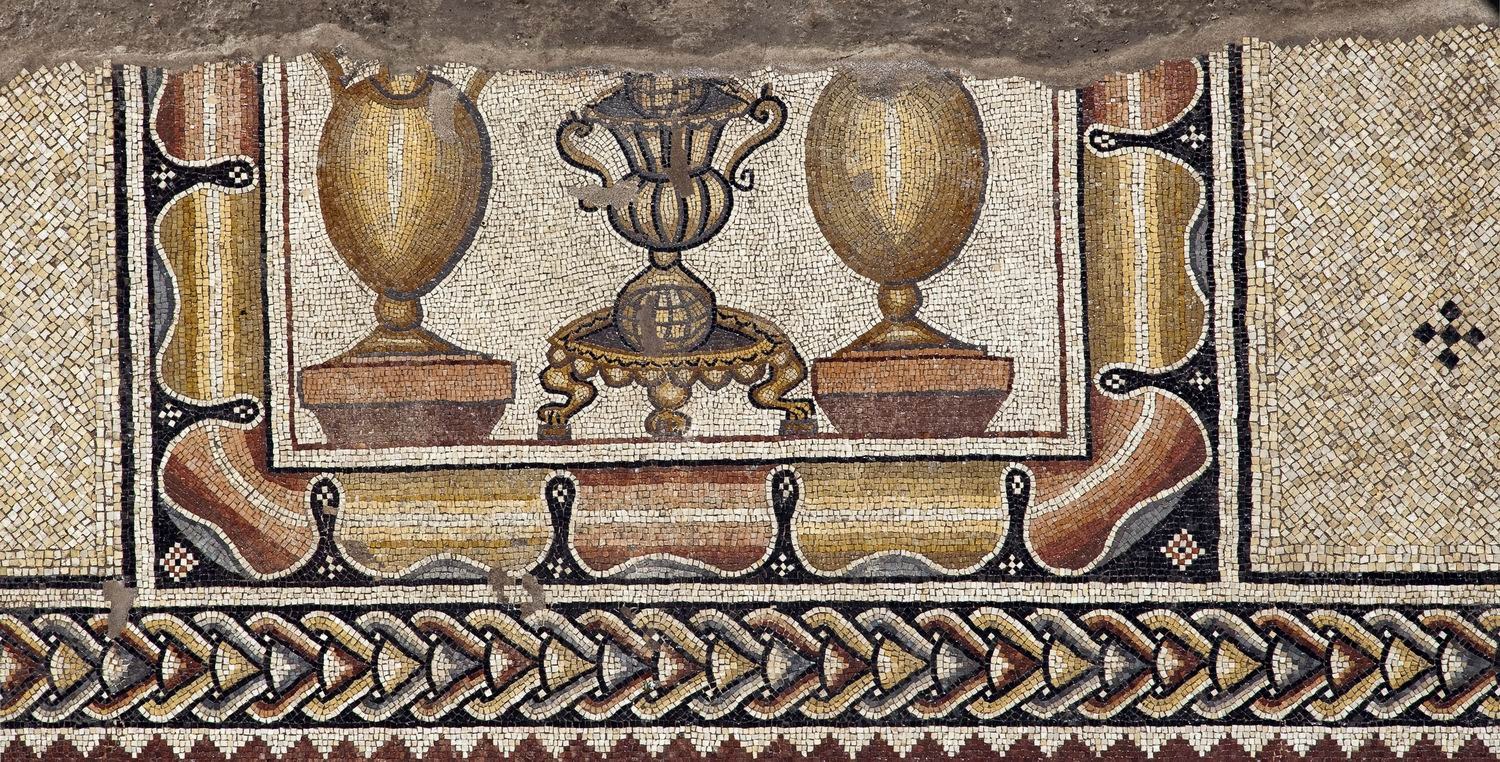 Relating to the lengthy process preceding this groundbreaking, IAA director Hasson said on Thursday, “It gives us great pleasure to be able to provide visitors from around the world to enjoy a 2,000-year-old cultural treasure waiting patiently to be unveiled and appreciated.”

This summer, in its first Israeli showing to the broader public, a section depicting sea vessels, fish and sea monsters is on display at the Israel National Maritime Museum in Haifa. It will remain there, along with models of boats based on the mosaic, through April 2018. 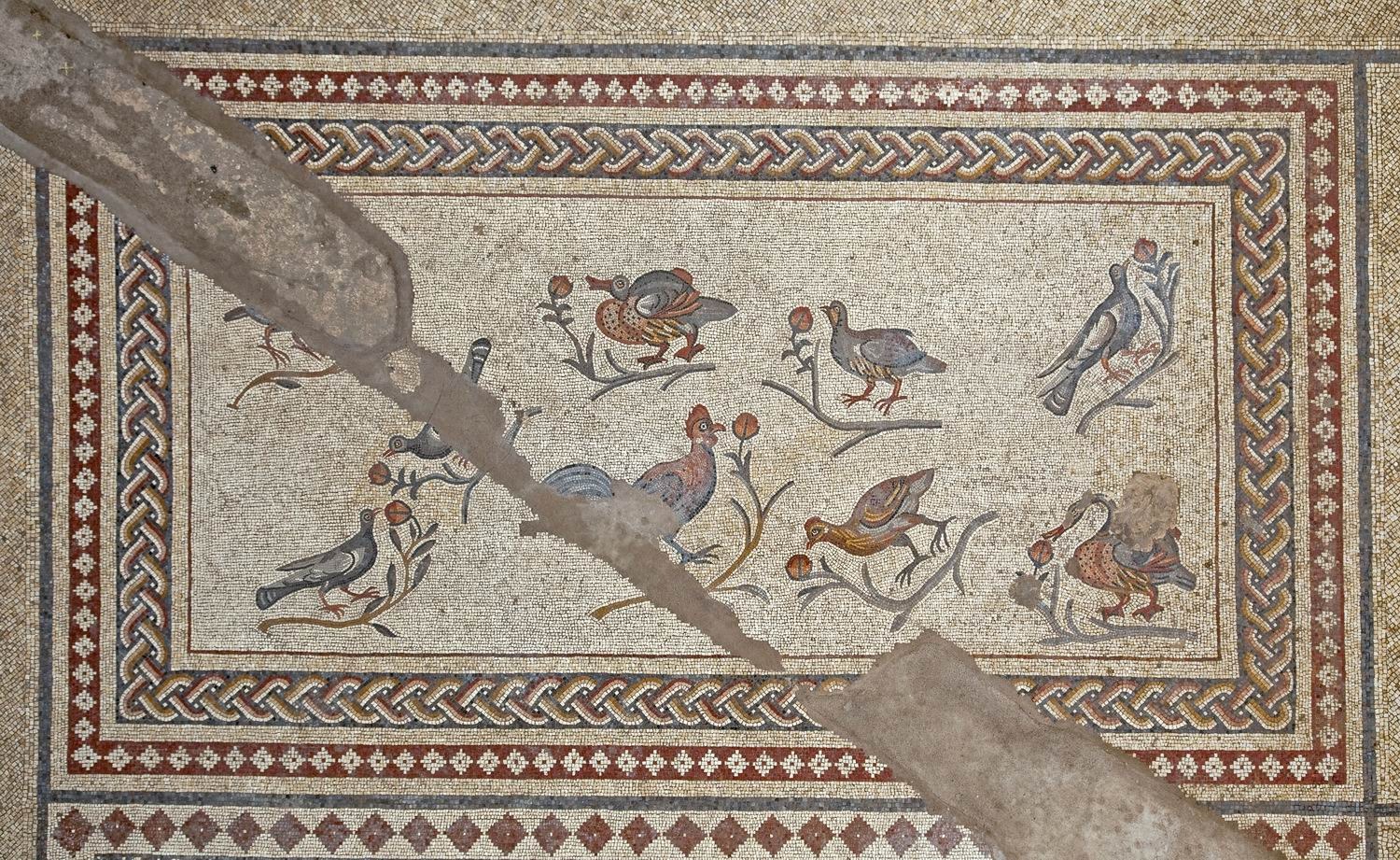 Upon its projected opening in 2019, tourists will have the opportunity to view “a world class find in situ, within a modern complex relating to the villa where this mosaic was found,” said the IAA.

The Lod mosaic was discovered in what appears to be a large Roman villa from the Byzantine era. Made up of several panels, it is 17 meters long and 9 meters wide — approximately 180 square meters in area (some 1,940 square feet). Among the colorful illustrations found on the mosaic are animals including elephants, lions, birds, fish, and crustaceans. There is also plant life and flowers, boats, and geometric patterns. 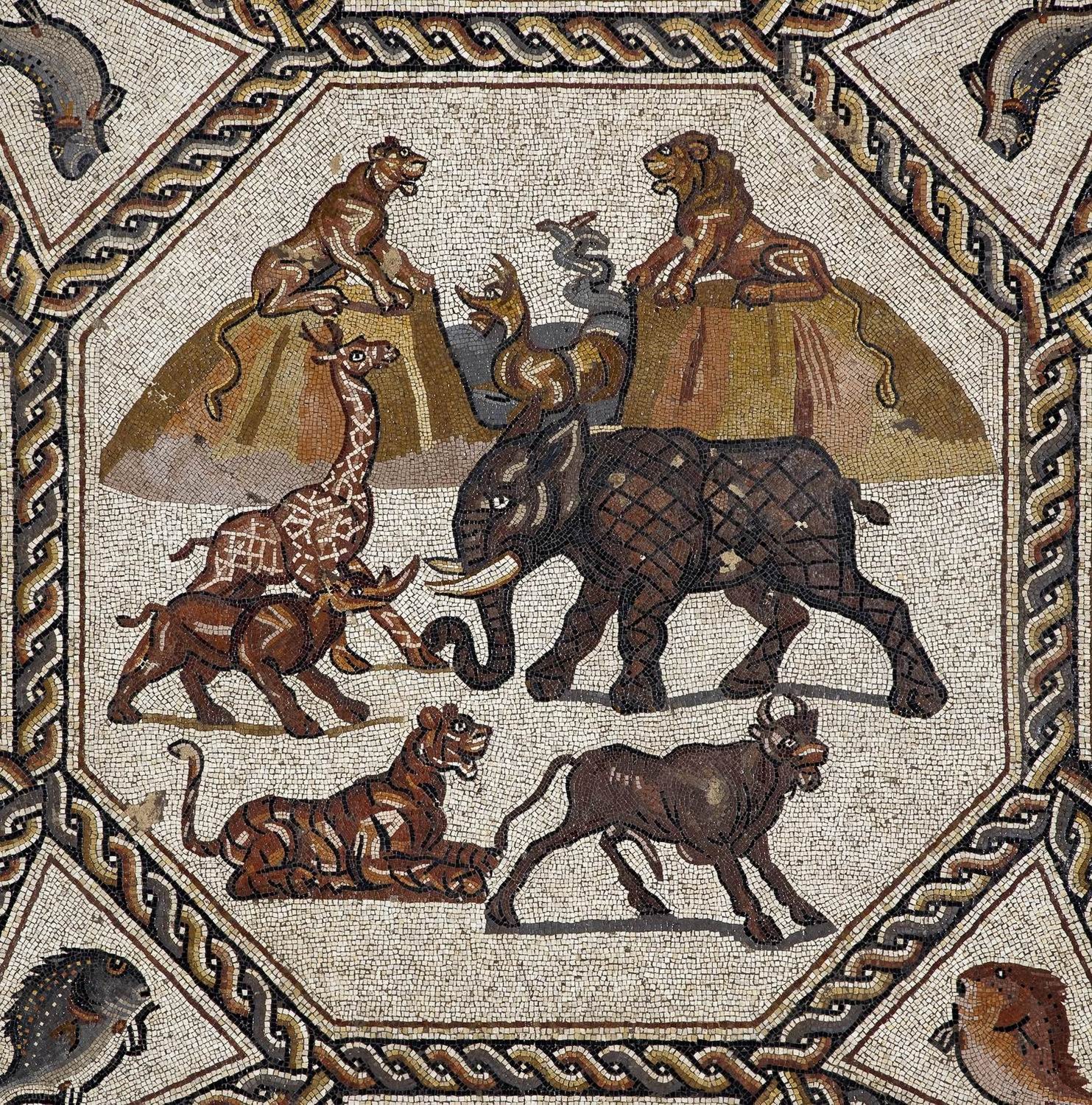 Based on the luxurious villa’s size and the richly colorful mosaic depicting sea motifs, there is speculation that the villa’s owner was a wealthy merchant.

According to a recent Haaretz article, quoting Dr. Zaraza Friedman, an archaeologist and expert on the iconography of ships in mosaics, the owner was “involved in the maritime trade” and “had widespread connections with North Africa,” from where the mosaic artist is thought to have come. Friedman also hypothesized that the owner was a traditional Jew from a family that migrated to Lod following the destruction of the Second Temple in 70 CE. Supporting this theory, the IAA noted in a press release that “unlike other mosaics found from that period, there are no human figures.”

The famous Lod mosaic. (Niki Davidov, Israel Antiquities Authority)
South of the main mosaic, a second colorful mosaic was found which was also part of the villa and will also be incorporated in the museum, which is conveniently located near Ben-Gurion International Airport.

At the ceremony on Thursday, Ravivo, the Lod mayor, said the new center “will provide a dignified front and an impressive gate to the city, and will connect the visitors to a touristic route which will include marvelous historic sites which we are preserving within the development of the old city, to include Khan El-Khalil, the arches house, the famous local market and the Tana’im museum as well as the new municipality complex which we are building for our residents… Old Lod is rejuvenated!”

For donor White, the Lod Museum “will be a dream come true that began when my husband Leon Levy and I first saw the magnificent mosaic twenty years ago. This could not have happened without the strong support of the Lod community and the Israel Antiquities Authority.” 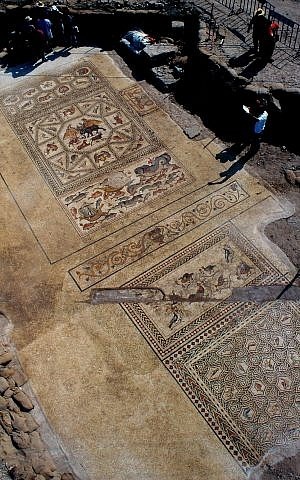