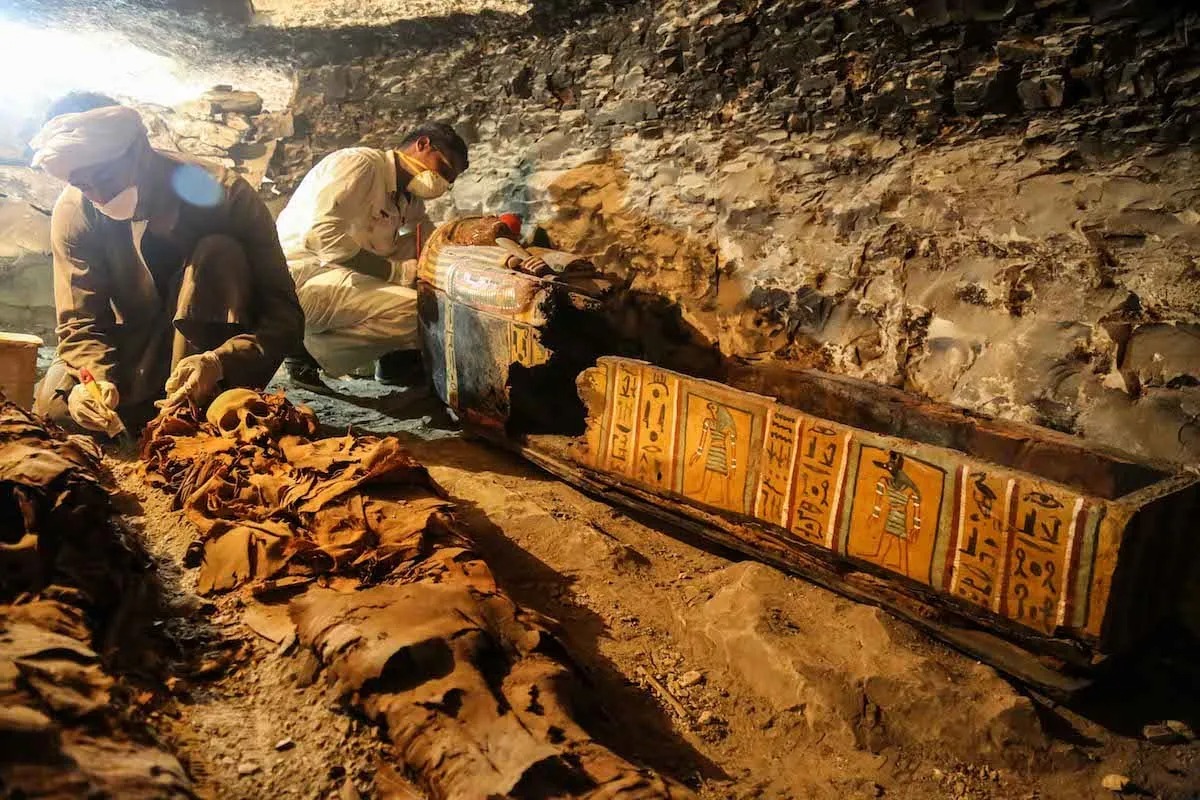 The discovery at a cemetery in Saqqara contained statues of the gods Anubis, Amun, Min, Osiris, Isis, Nefertum, Bastet and Hathor, along with a headless statue of the architect, Imhotep, who built the Saqqara pyramid, Egypt’s Ministry of Tourism and Antiquities said on Monday.

The 250 coffins, 150 bronze statues and other objects dated to the Late Period, about 500 BC, the Ministry said.

They were accompanied by a musical instrument known as a sistrum and a collection of bronze vessels used in rituals for the worship of the goddess, Isis.

The painted wooden coffins were found intact in burial shafts and contained mummies, amulets and wooden boxes. Wooden statues of Nephthys and Isis from an earlier period were also found, both with gilded faces.

One coffin contained a well-preserved papyrus written in hieroglyphs, perhaps verses of the Book of the Dead, and was sent to the laboratory of the Egyptian Museum in Cairo for study, said Mostafa Waziri, Secretary General of the Supreme Council of Antiquities.

A collection of cosmetics was found, including kohl containers, as well as bracelets and earrings.

The coffins will be transferred for display at the Grand Egyptian Museum under construction near the Great Pyramids of Giza and due to open later this year.

Saqqara, to the south of the Giza pyramids, has provided a steady stream of archaeological discoveries in recent years. The mission has been excavating in the area since 2018.