ARCHAEOLOGISTS FROM THE UNIVERSITY OF NAPLES “L’ORIENTALE” HAVE UNCOVERED AN ANCIENT MOSAIC IN THE ARCHAEOLOGICAL PARK OF PAUSILYPON.
The park is located in Posillipo, which during the Roman period was an elite quarter of Naples in present-day Italy. Posillipo is mentioned in ancient Greek and Roman sources, first named Pausílypon, meaning “respite from worry”.

From the 1st century BC, the coastline of Campania attracted wealthy Romans as a place to build elaborate and grand villas as retreats. This includes the Villa of Vedius Pollio, also known as the Imperial Villa, which had its own 2000-seat theatre on a rocky promontory at the end of the Bay of Naples.

The villa was constructed by Publius Vedius Pollio during the 1st century BC. In later life, Pollio became infamous for his luxurious tastes and cruelty to his slaves – when they displeased him, he supposedly had them fed to lampreys in an eel pond. 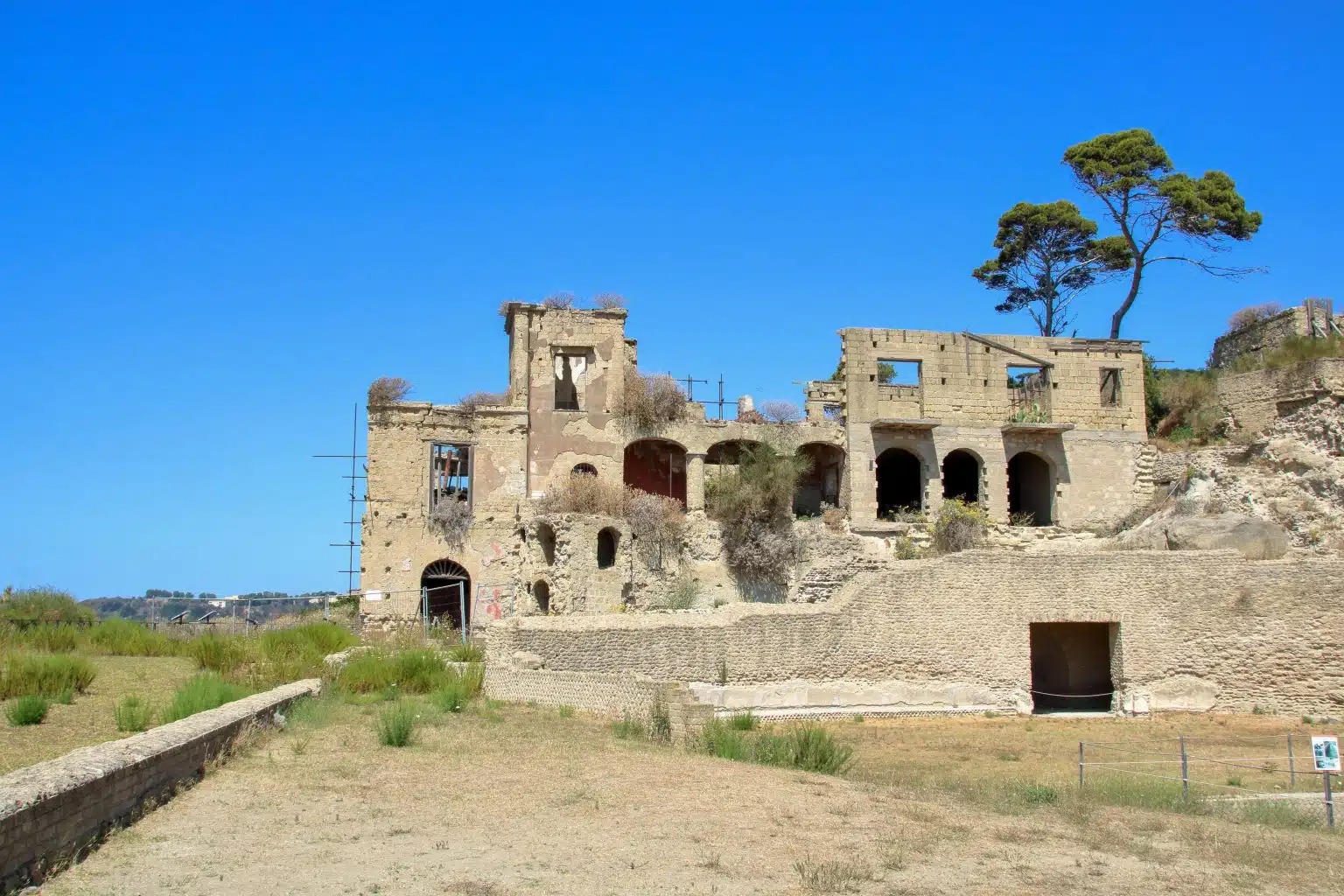 Villa of Vedius Pollio – Image Credit : Shutterstock
On one occasion, Augustus was dining at Vedius’ home, when a cupbearer broke a crystal glass. Vedius ordered him thrown to the lampreys, but the slave fell to his knees and pleaded before the emperor. Horrified by the slave’s treatment, Augustus had all of Vedius’s expensive glasses smashed and the eel pool filled in.

On his death in 15 BC, Vedius bequeathed his estate to Augustus, along with instructions to erect a suitable monument on the site. As an imperial property, the villa passed to every emperor until the reign of Hadrian who died in AD 138.

Archaeologists from the University of Naples “L’Orientale” have uncovered a mosaic floor from the villa’s first phase of construction. The mosaic is made from tiny white pieces of tesserae with a double black frame, found purposely buried beneath renovation works commissioned by Augustus after Vedius’s death.

The mosaic was part of a large hall overlooking the sea, which Marco Giglio, of the L’Orientale University of Naples commented: “A stratigraphic dating is still missing, but based on the style, the hall could date back to the late Republican age or Augustan at the latest.”