Archaeologists Find 1,900-Year-Old Snacks in Sewers Beneath the Colosseum 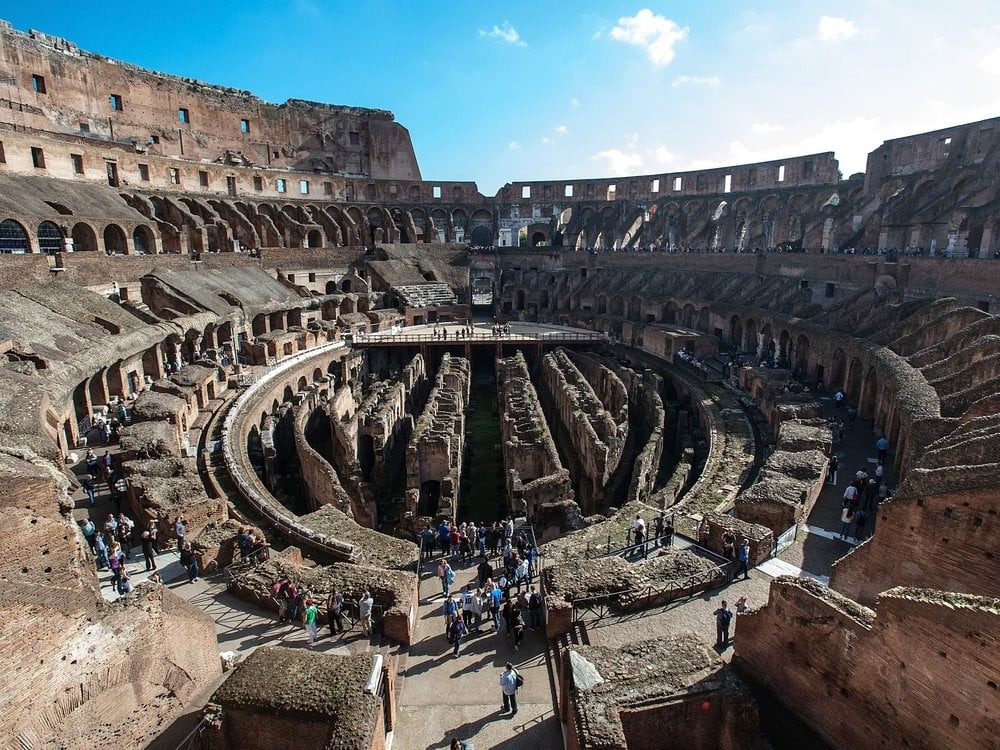 In the sewers and passageways beneath the Colosseum, archaeologists have found new evidence of what attending events at the ancient amphitheater may have been like—and even what snacks spectators may have preferred.

During a yearlong study, scientists unearthed traces of olives, nuts, meats, cherries, grapes, figs, blackberries and peaches from 1,900 years ago. Attendees at the famous amphitheater likely munched on these snacks while watching events like plays and gladiator fights.

The discoveries “deepen our understanding of the experience and habits of those who came to this place during the long days dedicated to the performances,” says Alfonsina Russo, director of the Colosseum Archaeological Park, according to Reuters.

Also among the findings: bones from lions, bears, dogs and other animals. The researchers hypothesize that these animals may have been forced to fight each other in front of audiences, or perhaps used as prey as part of hunting demonstrations, reports Reuters. They also found 50 bronze coins that date back to between the third and seventh centuries, in addition to a rare silver coin from around 171 marking ten years of Emperor Marcus Aurelius’ rule.

“The only places where such discoveries can be made are the sewers,” Federica Rinaldi, the Colosseum’s lead archaeologist, tells Popular Mechanics’ Tim Newcomb. “The importance of this discovery is in the type of animals. Besides lions and bears used in the shows, remains of small dogs, chickens and pigs were found. There are also many plant remains that illustrate the biodiversity of Roman times and the presence of evergreen plants used for ornamental purposes in the arena during the shows [and possibly] in the area surrounding the Colosseum.”

Researchers began the immense project of clearing out the 2,000-year-old landmark’s sewers and lower passages in January 2021. Per Artnet’s Vittoria Benzine, experts are using “wire-guided robots” to navigate the arena’s complex drainage system, hoping to “learn more about hydraulics systems that the Colosseum’s showrunners devised to flood its tunnels and produce water spectacles.”

“In particular we wanted to excavate the southern sewer because it was full of earth and many archaeological remains,” Rinaldi tells Artnet.

The famous Roman Colosseum is one of Europe’s most-visited landmarks. Though many associate the amphitheater, which was the largest in the ancient world, with gladiator fights, it was also used for extravagant theatrical productions, sometimes featuring fire displays, or even mock naval battles playing out on the flooded grounds in front of tens of thousands of spectators. The structure fell into disuse after around 523, when the last recorded games took place.

“The Colosseum continues to tell us its stories, clearly emerging in the wider flow of great history,” writes the Colosseum Archaeological Park in a statement, per Google Translate. “Exploring the underground sewers, recovering the precious data of older investigations, we are studying to better understand the functioning of the ancient sewers and the hydraulics of the Flavian Amphitheater.”