In late April, Egypt’s Ministry of Tourism and Antiquities announced the discovery of a teenage mummy buried alongside an elaborate array of jewelry. 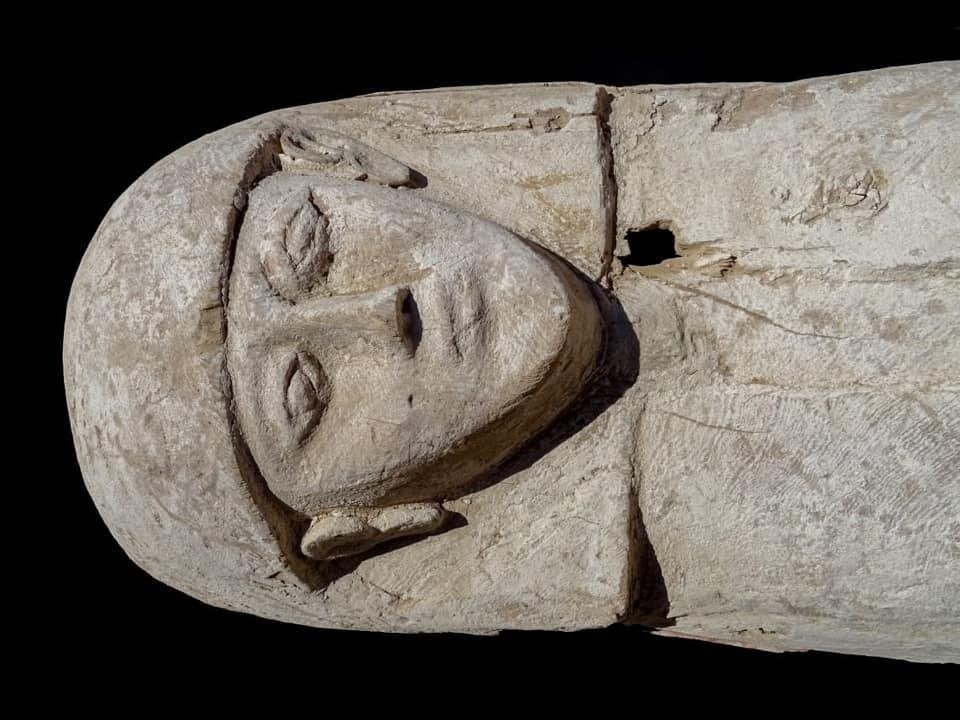 As Laura Geggel reports for Live Science, Egyptian and Spanish archaeologists unearthed the mummy while conducting excavations ahead of construction at the Draa Abul Naga necropolis on Luxor’s West Bank. The girl’s remains date to Egypt’s 17th dynasty, which lasted from 1580 to 1550 B.C. She was only 15 or 16 years old at the time of her death.

The team found the teenager lying on her right side in a painted coffin crafted out of a sycamore tree trunk. She was laid to rest while wearing two spiral earrings that appear to be plated with copper leaf, a bone ring, a ring made of blue glass, and four necklaces linked together by a glazed ceramic—or faience—clip, according to Nevine El-Aref of Ahram Online. 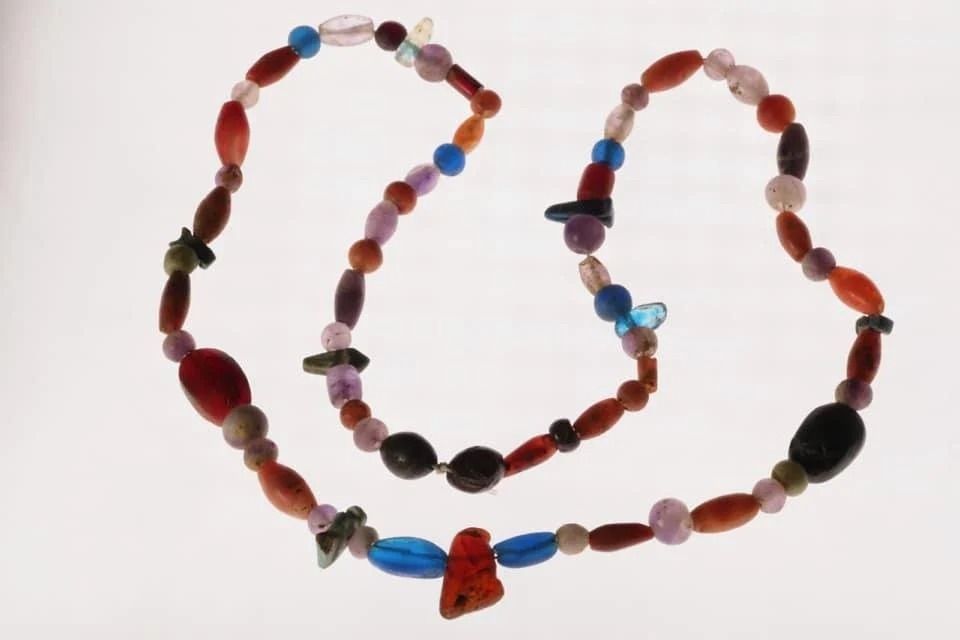 The ornate necklaces feature beads made of amethyst, glazed ceramic, carnelian, amber and quartz. Courtesy of the Egyptian Ministry of Tourism and Antiquities
“Particularly ornate,” in the words of the Times’ Magdy Saman, the 24- to 27.5-inch-long necklaces boast blue faience beads of varying hues, as well as amethyst, carnelian, amber and quartz. One of the pendants features a scarab amulet depicting Horus, the falcon-headed god of kingship and the sky.

Near the girl’s coffin, the team found artifacts including a miniature mud coffin containing a wooden ushabti, or funerary figurine, wrapped in linen bandages; two mummified cats; a set of two leather balls; and a pair of red leather sandals, reports Francesca Street for CNN.

“The sandals are in a good state of preservation, despite being 3,600 years old,” says expedition director José Galán in the statement. 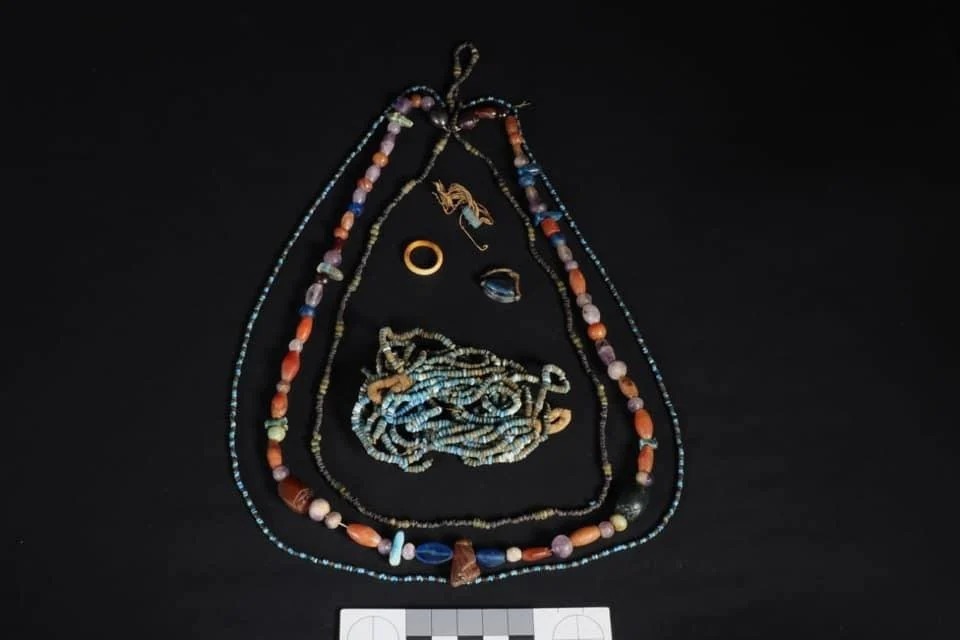 The four necklaces are tied together by a glazed ceramic clip. Courtesy of the Egyptian Ministry of Tourism and Antiquities
Per Ahram Online, the shoes are adorned with engravings of Bes, the protector god of pregnant women and children, and Taweret, a goddess whose appearance combines aspects of a hippopotamus, a crocodile and a human woman. Other motifs found on the sandals range from a pair of cats to an ibex and a rosette. Galán says the sandals’ size and appearance suggest they belonged to a woman.

The mummy’s remains are in a poor state of conservation, making it difficult for the archaeologists to ascertain the cause of her untimely passing. Given the wealth of artifacts found in the teenager’s grave, the team suspects she was a member of a high-class Egyptian family. According to the Times, the jewelry may be her bridal trousseau.

Mohamed Abdel-Badie, head of the Upper Egypt archaeological department, tells the Times that the researchers plan on studying the girl’s remains further in hopes of gaining a better understanding of the circumstances surrounding her death. Additionally, the team will compare the leather balls found in the tomb with those seen in wall paintings, perhaps shedding light on whether the equipment was used in games or choreographed dances. 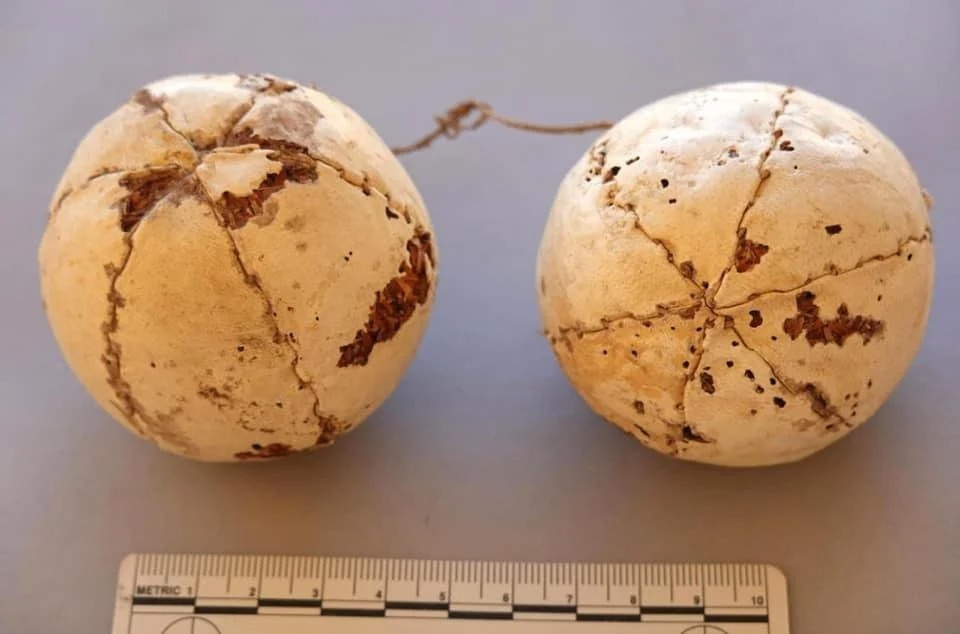 These leather balls may have been used in games or choreographed dances. Courtesy of the Egyptian Ministry of Tourism and Antiquities