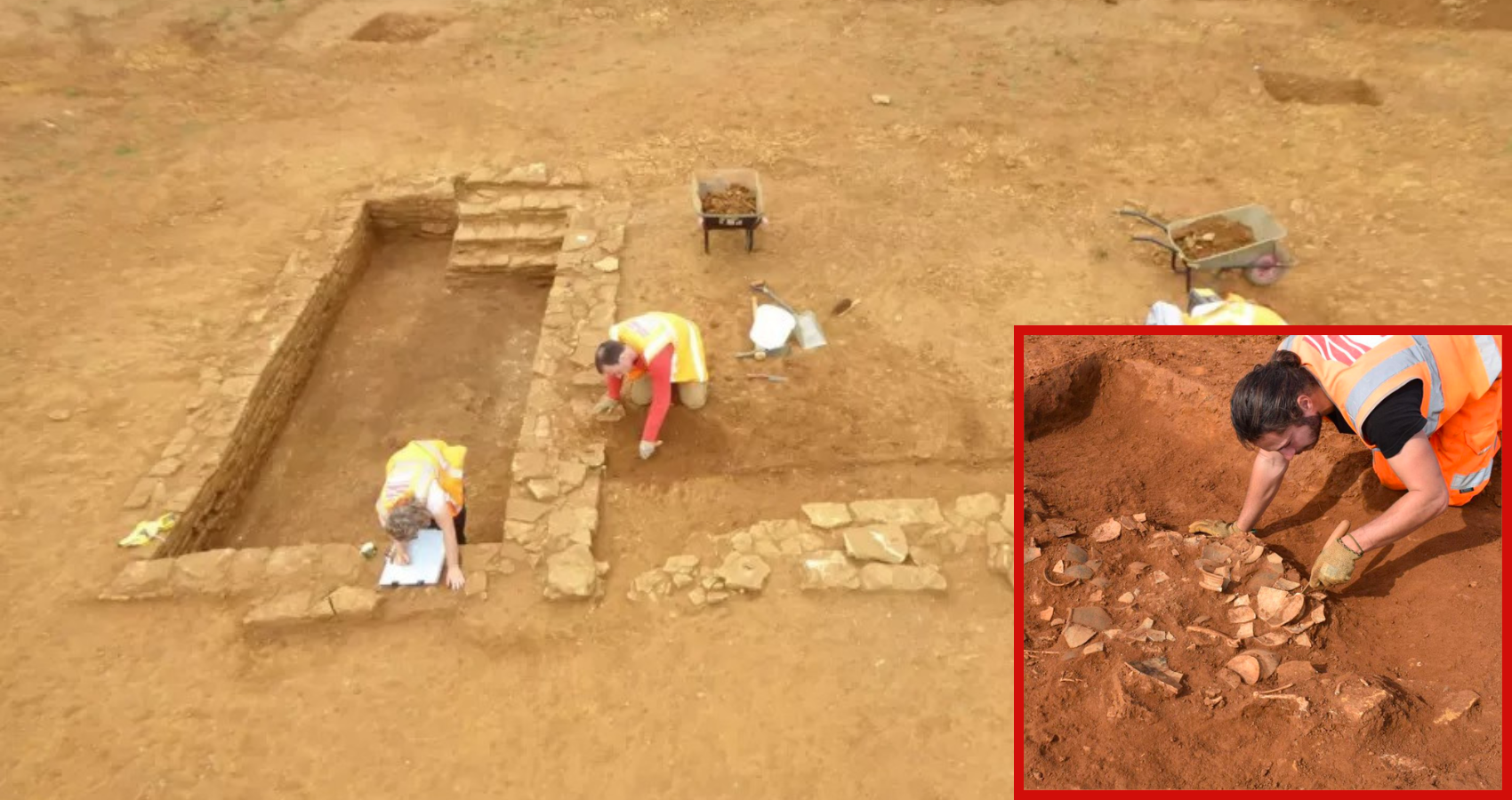 Archaeologists have discovered a 4,000-year-old focal point of ritual and religious activity centred around a natural spring. 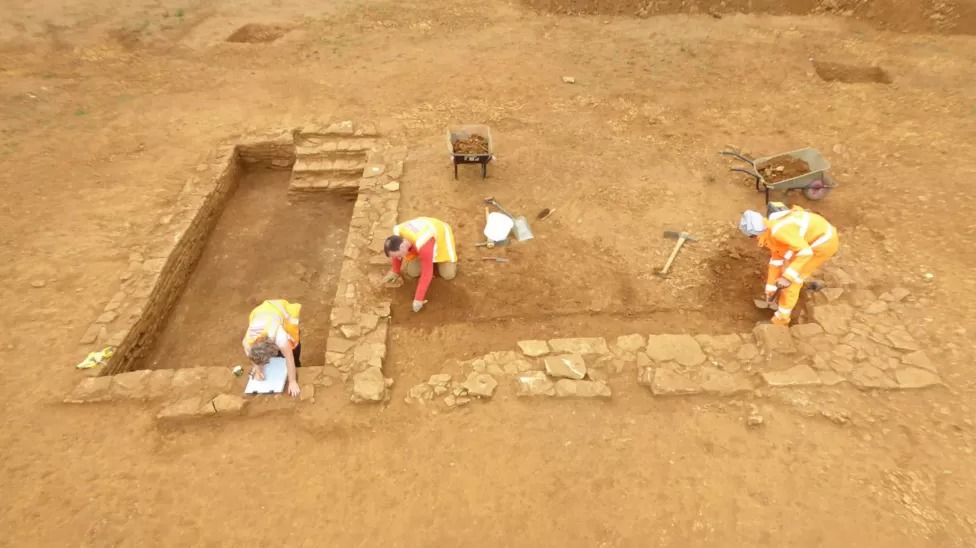 The find was made by the Museum of London Archaeology (MOLA) in Overstone near Northampton.

According to experts, the site was in use for more than 2,000 years and both Bronze Age and Roman artefacts have been found.

Simon Markus, from MOLA, said it would have been “a highly significant place for local ancient communities”.

Archaeologists have been working on the site ahead of new housing development in the village, which is on the north-east outskirts of Northampton.

It did not contain any human remains, only five empty burial urns, which MOLA said was unusual.

Mr Markus said: “The fact no human remains were placed within the barrow suggests it may have had a more symbolic rather than functional use.”

He added the site may have been used before and “those pre-existing associations led people in the Bronze Age to pick this site for the construction of a ritual monument”.

MOLA found an unusual stone building from the Roman period (43AD-410AD), which was decorated with elaborately painted plasterwork, possibly a painted ceiling, and containing an underground room.

Archaeologists said it appeared to have had no functional use, so it was believed it could have been a shrine associated with the nearby spring.

Large water tanks were also found and at the bottom of these were 2,000-year-old organic remains of willow tree blossoms, pinecones, walnut shells, and a complete leather shoe.

The team from MOLA said they will continue to work on the site and would now focus on the environmental remains preserved by the spring.