Ancient Roman Mosaic in Danger of Falling Into the Sea

The floor mosaic is part of a 50-dwelling Roman villa built in the second century on a cliff in Kent that is in danger of falling into the sea. 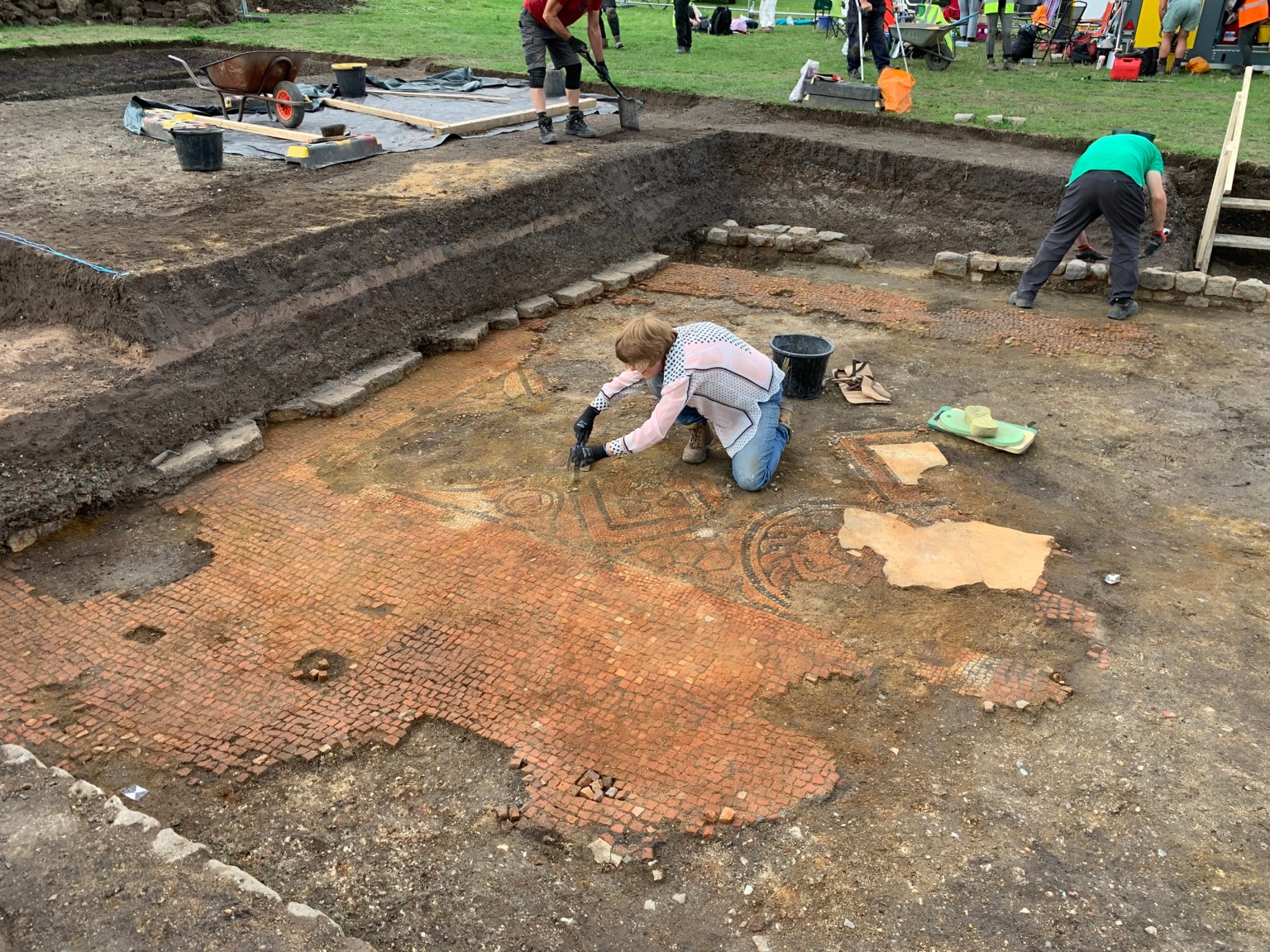 Volunteers and archaeology students assist with the re-excavation of a second-century CE Roman villa destined to fall off an English cliffside. (all images courtesy Canterbury Archaeological Trust)
Archaeologists and townspeople are in a scramble to secure an Ancient Roman mosaic in the British county of Kent that is in danger of falling into the sea. The floor mosaic is part of a 50-dwelling Roman villa built in the second century CE on the east cliff of Folkestone now threatened by encroaching erosion.

The impressive historical complex, complete with two bath suites and elaborate mosaic tile floors, was first excavated in 1920, and became a popular tourist destination in Kent for the next several decades. Following some damage incurred during World War II, the site became increasingly cumbersome for Kent to maintain, and in 1957, the Folkestone Council decided to rebury the site in a move of reverse-archaeology. Since 2010, the Canterbury Archaeological Trust has taken a renewed interest in the site and is leading teams of volunteers and students in its re-excavation, with an eye on how to preserve some of the valuable mosaics and create a record of the elaborate floor plan before the site is entirely lost to entropy. 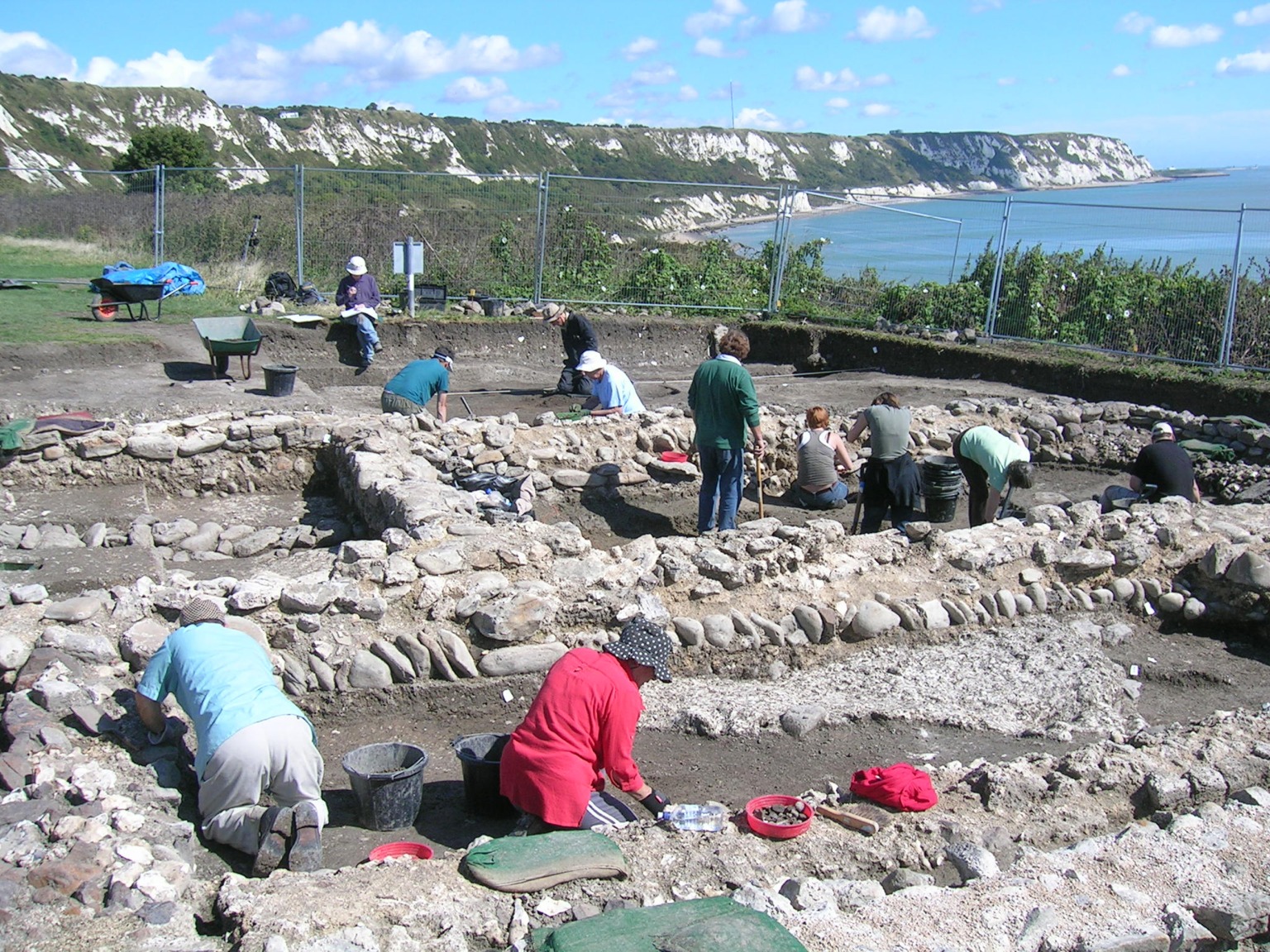 When initially excavated in 1924, the villa walls stood some 100 feet from cliff’s edge; now they stand merely 7 feet away from the cliffside.
“Cliff loss in the area of the Roman villa site is characterised not so much by gradual, constant erosion but by periodic rotational slips and occasional large-scale landslides (the last significant one occurred early in 2020),” said lead site archaeologist Keith Parfitt. “Thus, parts of the archaeological site are at risk of loss in the short to medium term.”

The changes in the terrain over the last 100 years are dramatic. When the villa walls were first uncovered in 1924, they stood 30 meters (~100 feet) from the edge of the cliff; as of 2009 the cliff edge is now 2.25 meters (seven feet) from the villa walls. The collapse of the villa into the sea is a forgone conclusion — indeed, several rooms in a bath suite have already been lost since the most recent excavation — so the debate now centers on how to best preserve a historic record in the time that remains. Some points of interest involve evidence of pre-Roman, late-Iron Age human development, ruins of which sit beneath the villa site, but much of the current focus is centered around the elaborate floor mosaic. The excavation team has worked through much of the month to uncover the mosaic, which has eroded a great deal since being covered in 1957. 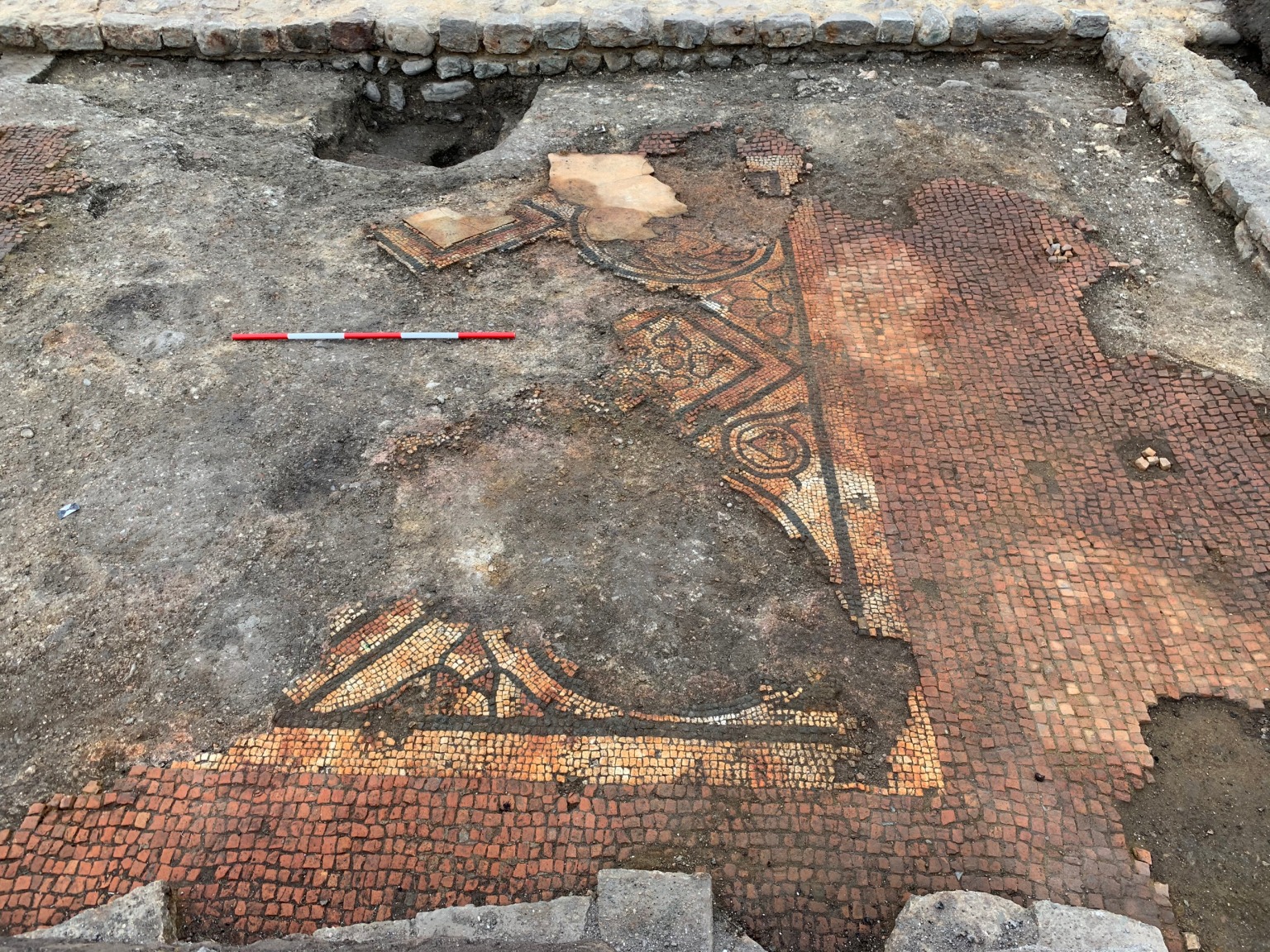 The mosaic was roughly 2/3 intact when first excavated in 1924, but its subsequent reburial in 1957 contributed to more degradation of the work. 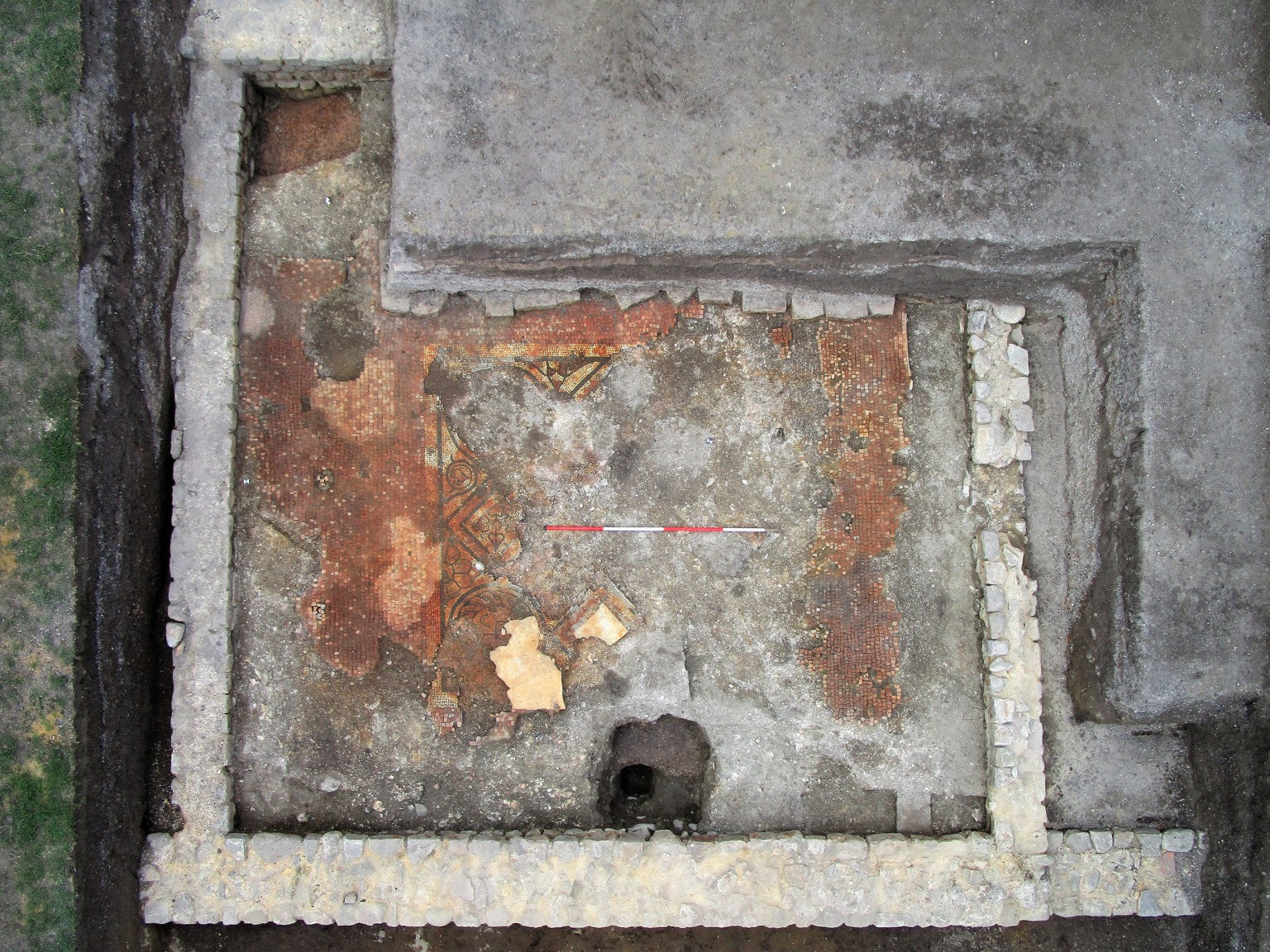 “‘I would not have been surprised if there was nothing left at all,” said Parfitt. “But excavations over the last few days have shown that a significant amount of the mosaic still remains. It would seem that there had been some subsequent restoration of what was exposed during the original 1920s work and these recent repairs helped stabilise what remained of the Roman design. Much of the southern half of the mosaic survives.”

At the end of this period of exploratory excavation, the plan is to yet again rebury the mosaic during discussion over whether to fully extract and airlift it to a museum setting. In the meantime, locals have a fleeting opportunity to get a look back into history before it is removed by man or nature.