During a routine mine excavation the Syrian Engineering corps found a unique looking slab of material underneath the earth. After some careful digging what they found was an ancient Greek mosaic floor, which surprised all involved. Syrian authorities for archaeology were contacted urgently and the process of professional excavation began. 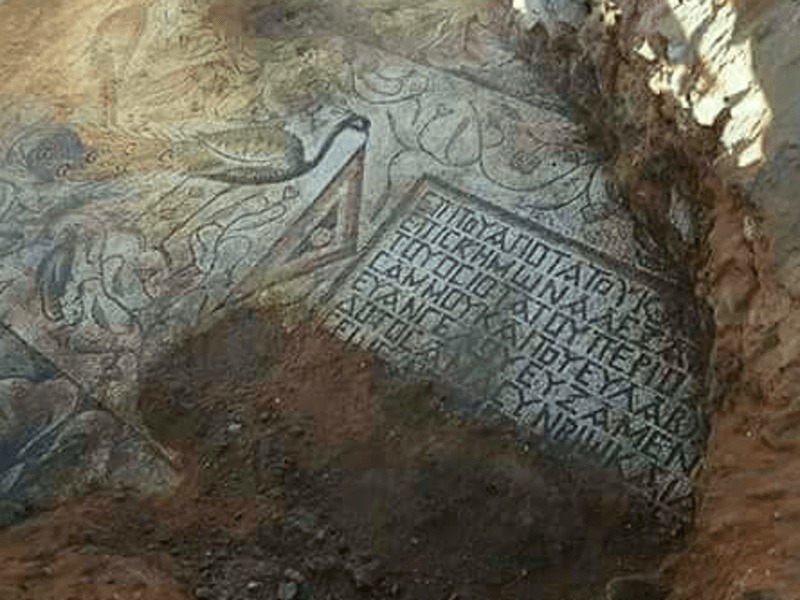 The Syrian engineers were shocked that such pieces of human history had survived being in the countryside of Hama city which faced heavy battles between the Syrian government and opposition forces. 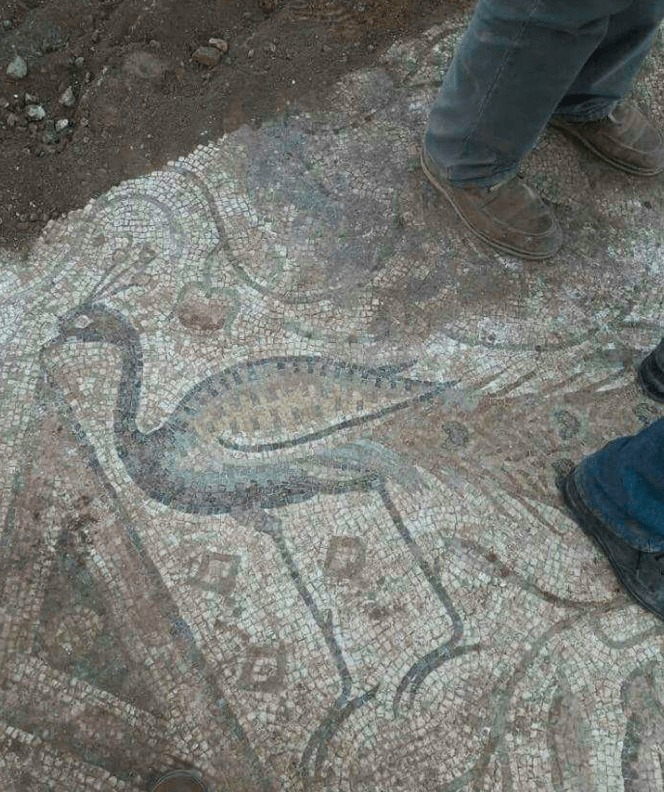 Reports from Syrian media claim the discovery has spurred local authorities to establish greater communication lines with the archaeological administrations in the Syrian government. The floor pieces have been briefly translated by Syrian workers and are being moved after excavations to archaeological laboratories to fully clean and translate the piece. Additional pieces are going to be investigated to get a full picture of the floor.

The structure has been estimated to have been in the area for several thousand years and has become very rigid in the earth.

Translations have begun on the structures and have revealed the connection to Saint Alexander and ‘the most respected bishop Evangelus’. Some of the initial information has led to the following Greek translation becoming available to the public:

The reference to religious figures has pointed towards the possibility of the area being the site of a larger religious building and as a result, the area has become an archaeological site. The Syrian Army is continuing very careful work to de-mine the rest of the area to permit further investigations.