Ancient Egyptian Painter Left Behind His Palette and the Paint Has Survived!

When compared to later, more naturalistic Classical art of the Greeks and Romans, ancient Egyptian art has been described as blocky, static, abstract, and formal. But that doesn’t mean that the ancient Egyptians didn’t value artistic creations, their art was just meant to serve different purposes. 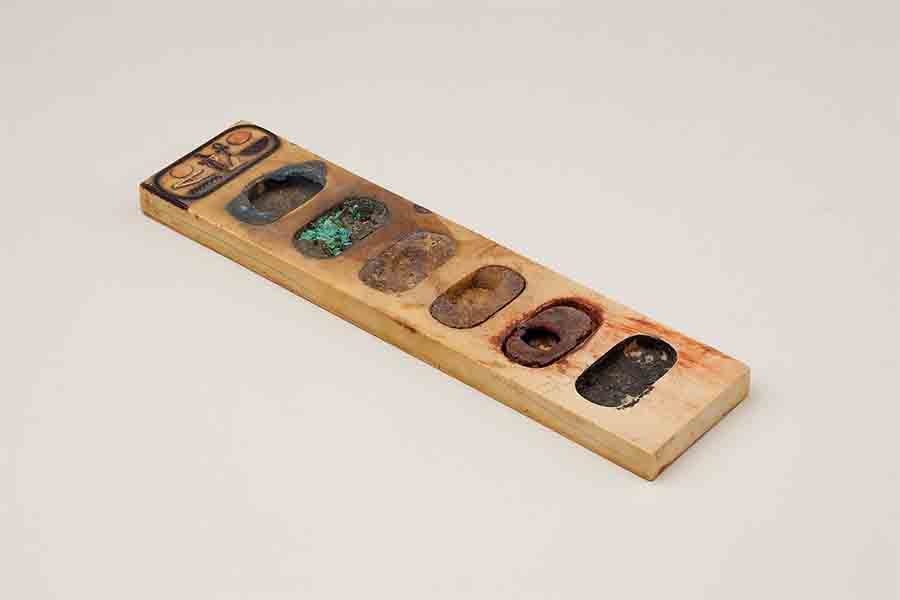 One of the best examples of this alternative perspective on art is seen in the reliefs, statues, and other artifacts that have been unearthed in tombs. This art may be stunning to look at today, but it wasn’t actually meant to be viewed by modern eyes – it was created to benefit the deceased or divine beings. 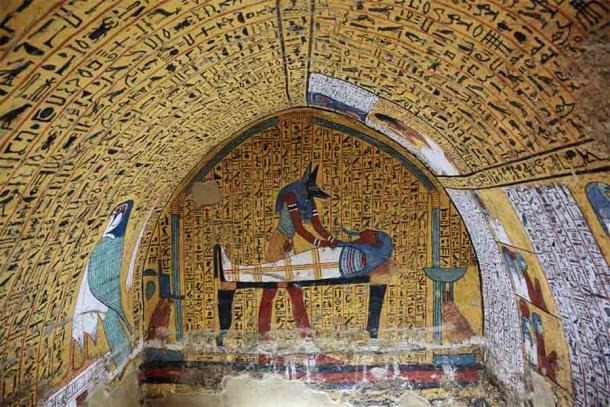 The art was still created with a great deal of interest and effort. Painters held special roles in presenting and preserving the story of the deceased. Tomb paintings generally followed consistent rules, such as using grids to create the best proportions.

Replicating the deceased person was key, so painters would depict them with both frontal and profile viewpoints, which they believed would help the individual’s ka (spirit) recognize its body. However, the size of figures didn’t have to replicate life because kings and tomb owners were depicted as larger than other people or animals in scenes to show their importance.

The Metropolitan Museum of Art has a particularly beautiful example of an ancient Egyptian artist’s tool – a painter’s palette which dates back to 1390-1352 BC. It was discovered in Upper Egypt, probably Thebes, and was acquired by Lord Carnarvon in 1923 AD.

The artifact, which measures 17.5cm (7 inches) in length, is made out of a single piece of ivory and includes six oval paint wells. The artist’s accessory also has an inscription at one end dating it to the time of Pharaoh Amenhotep III (ca. 1401-1353 BC). This was one of the most vibrant periods for ancient Egyptian art and culture. The hieroglyphics also provide the pharaoh with the epithet “beloved of Re.” 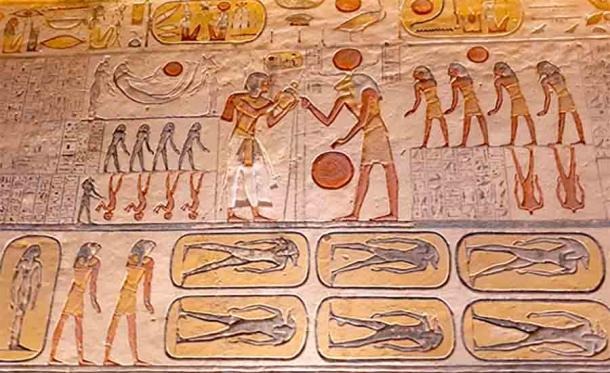 Tomb paintings in the Valley of the Kings (Alicia McDermott)

Incredibly, despite its age, the painter’s palette still contains blue, green, brown, yellow, red, and black pigments in the wells.

Ancient Egyptians made their paints with minerals they found within and near their homeland. They would grind the minerals in a stone mortar and mix in water and an adhesive, such as wood gum or egg white, to create tempera paints.

The color choices served more than just aesthetic purposes. They were more than symbolic– some hues were even thought to contain powers or attributes of the gods. Creating or painting an object with meaningful colors could imbue it with great power. 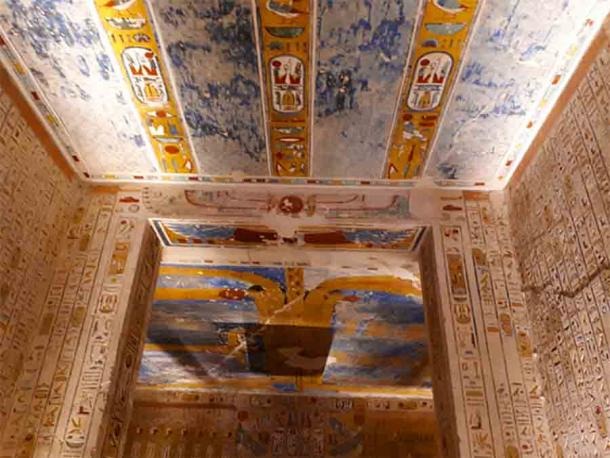 Tomb paintings in the Valley of the Kings (Alicia McDermott)

Egyptian Blue is one of the first artificial pigments known to have been used by man. First created around 5,000 years ago in ancient Egypt by heating a mixture of a calcium compound, a copper-containing compound, silica sand and soda or potash to around 850-950 C, the precious pigment was reserved for the most exquisite of artworks. In Egyptian belief, blue was considered the color of the heavens, and hence the universe. It was also associated with water and the Nile.

Egyptian Blue was used plentifully as a pigment in painting and can be found on statues, tomb paintings and sarcophagi. In addition, Egyptian blue was used to produce a ceramic glaze known as Egyptian faience.

Today, Egyptian Blue is still much sought after. A team of scientists from the Lawrence Berkeley National Laboratory in California found the ancient color holds unique qualities that can not only reduce building energy consumption and boost solar energy output, but it also “increases the output of certain types of solar cells, through strong infra-red emissions.”

Egyptian blue has a new role in advanced biomedical imaging with its near-infrared radiation being able to penetrate through tissue more effectively than other wavelengths, and for this same reason, because Egyptian blue splits into ‘nanosheets’ – a thousand times thinner than a human hair – if stirred in warm water for several days, it might serve as a future communication system as its emissions are similar to those used in remote controls and telecommunication devices.