An Unbreakable Story: The Lost Roman Invention of Flexible Glass

Imagine a glass you can bend and then watch it return to its original form. A glass that you drop but it doesn’t break. Stories say that an ancient Roman glassmaker had the technology to create a flexible glass, ‘vitrium flexile’, but a certain emperor decided the invention should not be.

Flexible glass is allegedly a type of unbreakable glass that was invented during the Roman period. Man-made glass (as opposed to a naturally occurring one such as obsidian) is widely accepted to have been invented by the Phoenicians. Over the course of the millennia, glass-makers honed their skills, improving the techniques used to produce this substance, as well as the glass itself. In the Roman Empire, glass became a commonly produced item, though special luxury glasses were also created. Arguably one of the most intriguing of these glass types is the so-called flexible glass. 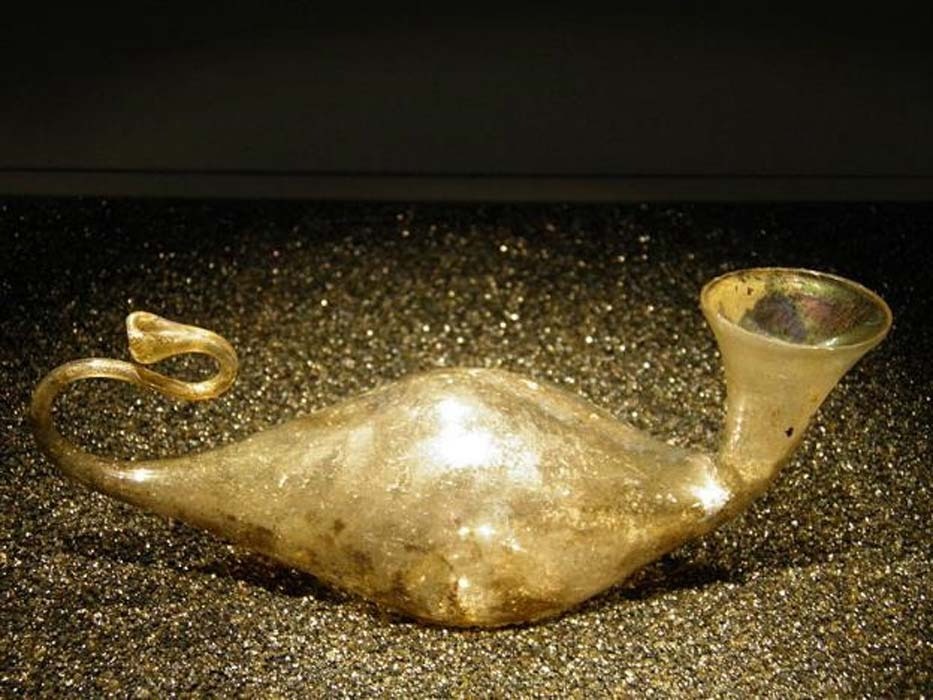 Tales of the Famed Roman Glass

Flexible glass is said to be a legendary lost invention dating to the reign of the Roman Emperor Tiberius Caesar. Whilst no physical evidence of such a glass has been found so far, there are two main written sources attesting to its existence. One of these is Pliny the Elder’s Natural History , whilst the other is the Satyricon, commonly attributed to the Roman courtier Petronius. Whilst Pliny’s work is encyclopaedic in nature, that of Petronius is a piece of satire – showing how this incredible story was picked up by writers of different genres.

In Natural History , Pliny reports that flexible glass was made by a glass-maker during the time of Tiberius Caesar. Instead of gaining the favor of the Roman emperor, said craftsman had his workshop shut down. This was meant to prevent the value of precious metals, i.e. gold, silver, and copper from being depreciated by this new material. A similar story is said to have been reported by Cassius Dio and Suetonius. Pliny expresses his doubts regarding the veracity of this story, as he mentions that “This story, however, was, for a long time, more widely spread than well authenticated.” 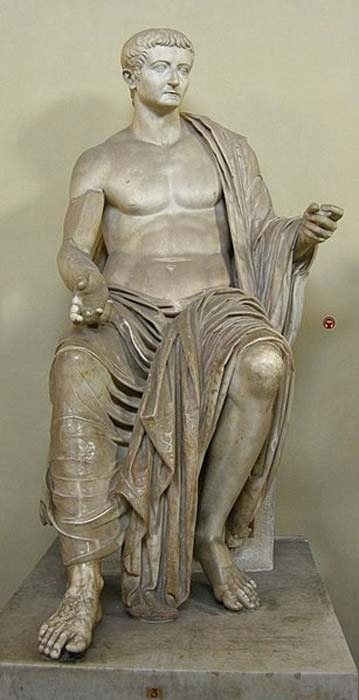 Petronius’ telling of the story in his Satyricon, on the other hand, may be described as a more dramatized version of the story told by Pliny. In the satirist’s account, the man who invented the flexible glass was granted an audience with the Roman emperor to show his work. After Tiberius examined the glass cup, he handed it back to the glass-maker, who proceeded to throw it with all his might on the floor. The emperor was shocked at what had happened, but the man calmly picked the cup up from the ground, showing the emperor that it was only dented. The glass-maker then took a little hammer to beat the glass, and in no time, the cup regained its original shape. 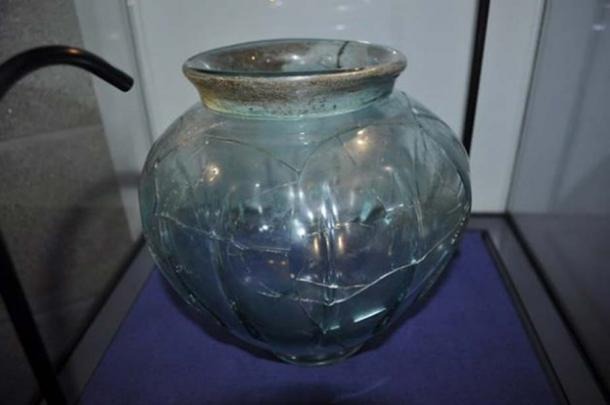 The Roman glass-maker was confident that he had impressed the emperor, and was probably waiting to be rewarded for his ingenious creation. When the emperor asked if anybody else knew how to make this kind of flexible glass, the craftsman answered with a negative. Instead of receiving the reward he had hoped for, the glass-maker was executed, thus taking the secret of making flexible glass with him to his grave. The reason for this was that this Roman invention would cause gold to be devalued, as mentioned by Pliny.

Is it Possible to Make Roman Flexible Glass?

Today, the story of Roman flexible glass is mainly treated in the same manner as it had been by Pliny, i.e. with much doubt. Nevertheless, there have been some speculations on how this glass may have been made. One of these, for instance, is that the Roman glass-maker had somehow had access to boric acid or borax, both of which can be found naturally. By adding a small percent of boric oxide to the glass mixture, the end result would be something that was relatively unbreakable. It may be added that borax was imported from the East into Europe on a regular basis during the Middle Ages, and it was used by goldsmiths as a flux.

Boric acid could also be found in the steam vents of the Tuscan Maremma to the north of Rome, though this was supposedly only realized during the 19th century. Nevertheless, it is possible that the glass-maker may have stumbled on this source by chance. In any case, it is likely that the recipe for Roman flexible glass, if it did exist at all, will continue to elude us, and remain a ‘lost invention of the Romans’.