One of the Ancient Greek moisaics unearthed in Zeugma 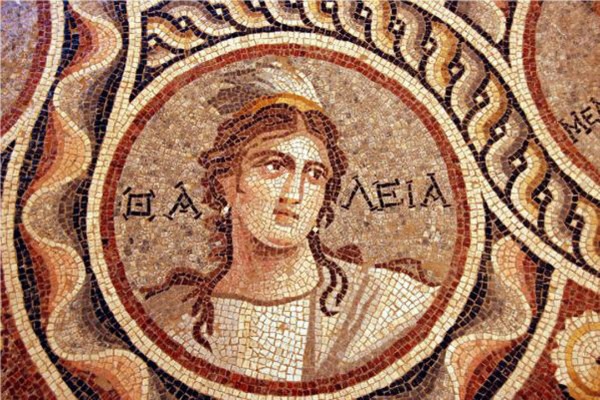 Three unique mosaics, dating to the second century BC, have been unearthed in the ancient Greek settlement of Zeugma, in southeast Turkey, according to the Greek Reporter.

The mosaics, which were found in excellent condition, were unearthed after five years of archaeological excavations. The effort was carried out in a race against time before a large part of the site was flooded by water held back by the nearby Birecik dam.

The first mosaic depicts the nine Muses of Greek mythology, with Calliope, the muse of epic poetry and arts, in the center surrounded by her sisters. Archaeologists believe it was originally located in a large room of a house.

The second mosaic depicts the divine figures of Oceanus and his wife Tethys in striking vivid colors, achieved with the use of special glass mosaic pieces. The third mosaic is smaller in size, and depicts an unidentified young man.

The local government presented the hidden masterpieces to the public with a convivial press conference held at the start of the month. But, according to Hurriyet Daily News, Fatma Şahin, mayor of the province of Gaziantep, created an unexpected social media controversy after pictures showing her stepping on the mosaics on high heels emerged. No damage is known to have occurred.

Zeugma—located near the Syrian border—was originally founded as a Greek settlement in 300 BC by one of Alexander the Great’s generals.

The mayor of Gaziantep, Fatma Şahin, irked social media users by stepping on the mosaics with high heels
Photo via: Hurriyet Daily News