2,000-Year-Old Frescoes Discovered Under the Baths of Caracalla

2,000-year-old frescoes dating back to the time of Emperor Hadrian will be on public display at the site of the Baths of Caracalla in Rome. The frescoes, which belong to different time periods and predate the spectacular baths themselves, have undergone a thorough restoration and originally belonged to a private home which once stood on the site of the famed baths.

One of them, a ceiling fresco, shows Bacchus or Dionysus, the Roman god of wine, with a red background, reports CNN. The conservators describe the ceiling as depicting images of Bacchus in “prized Egyptian blue and Cinnabar red pigments”.

Dionysus (also known as Bacchus) was the god of wine and was depicted in the frescoes discovered under the Baths of Caracalla. (Fabio Caricchia / Soprintendenza Speciale di Roma ) 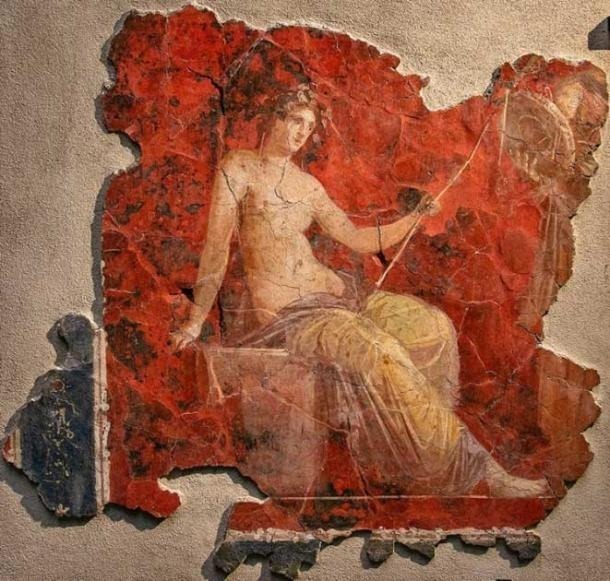 The Story of the Domus Found Under the Baths of Caracalla

The house which contained the stunning frescoes was once part of a neighborhood that was destroyed to create space for the Baths of Caracalla, inaugurated in 216 AD. The two-storey home, called a domus, was created between 134 and 138, during the time of Emperor Hadrian, and discovered in the 19th century. The ruins were excavated and explored another century later. The baths were named after Marco Aurelio Antonio Bassiano, also known as Caracalla, the son of Emperor Septimus Severus.

In addition to this, a prayer room honoring Roman and Egyptian deities was reopened to the public after 30 years. The inner temple features images of the Roman pantheon ’s most important deities – Jupiter, Juno, and Minerva – on one wall. The other wall features silhouettes of Isis and Anubis from the Egyptian pantheon, an example of the religious syncretism seen in Roman public monuments. 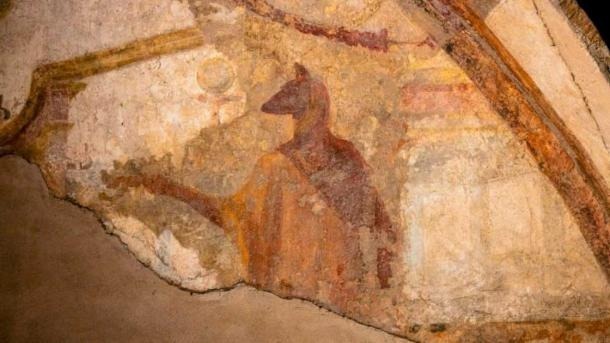 The Roman frescoes were once part of a domus, created between 134 and 138m during the time of Emperor Hadrian. The Baths of Caracalla were built on top of the site where this house had existed. (Fabio Caricchia / Soprintendenza Speciale di Roma )

“It’s stunning that there are two separate pantheons or groups of gods, one from the Greek-Roman tradition… and one from the Egyptian tradition,” said Luca del Fra, a spokesperson for the Special Superintendence of Rome. “This could indicate that the family who owned the domus had a close relation with Egypt.”
It is important to note that ancient Rome developed through polytheism, an acknowledgment of the worship of many different cults and deities at the same time. Religion was an important source of social order, and this is the reason why monotheistic Christianity was met with such fierce resistance in the early centuries of Rome.

Anubis, the Egyptian god of death and the afterlife, is also depicted within the Roman frescoes at the Baths of Caracalla. (Fabio Caricchia / Soprintendenza Speciale di Roma )

The Frescoes and the Stories They Tell

Fresco is a technique of mural painting upon freshly laid lime plaster, with water being used as the spreading agent to mix with the dry-powder pigment. When the plaster sets, the painting becomes a part of the wall. Though this technique was popular during antiquity, we really associate frescoes with Italian Renaissance paintings of the 14th and 15th centuries.

“For the first time, visitors can admire parts of the frescoes from the ceiling of a second room of the domus (home) that collapsed,” added del Fra, who is part of the organization and the authority responsible for these discoveries. The site of the Baths of Caracalla has been a major draw for tourists with preserved multi-levelled brick remains of the Imperial Roman baths , gyms, libraries, and marble mosaics that decorate the floors.

The Baths of Caracalla follow the generic scheme seen across Roman Imperial baths. There is a central block with the thermal baths , and a sequence of caldarium, tepidarium, frigidarium, and natatio. The latter was an open-air bath the size of an Olympic swimming pool.

Importantly, the home, judging by the high-quality frescoes within, is believed to have belonged to a wealthy merchant’s family. It becomes an important window into the past, showing the evolution of the city in the 2nd and 3rd centuries AD, as per Daniela Porro, Rome’s archaeological superintendent. 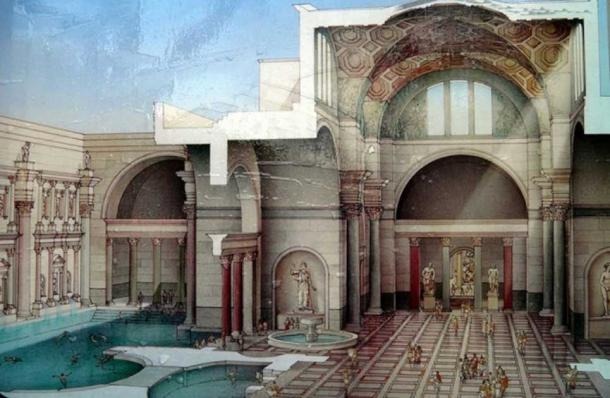 Discovering the Roman Frescoes at the Baths of Caracalla

“It’s the first time we find something like that in Rome, but also in the world because it’s not like there are a lot of them,” said Mirella Serlorenzi, director of the Caracalla site. “Both the subject type and the particularity of the painting are unique in the Roman panorama of the Hadrianic age when the domus was built.”

She also says this because the majority of what we know about frescoes and Roman-era painting generally comes from Herculaneum and Pompeii near Naples. These were the two cities ravaged by the volcanic eruption of Mt. Vesuvius in 79 AD, thus allowing for their remarkable preservation. This is why Roman painting after the 1st century AD has remained a mystery, primarily since preservation has been a gnawing problem. 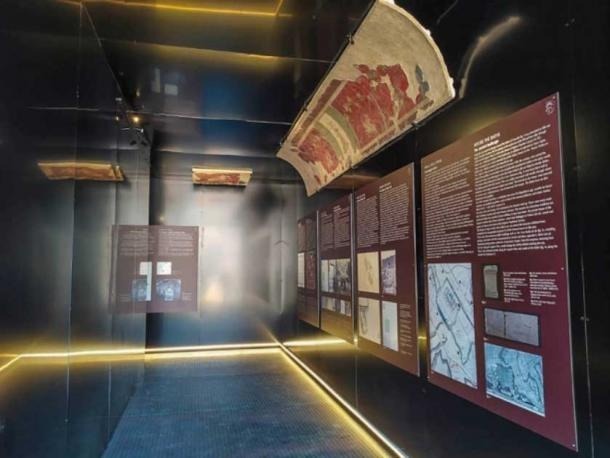 The frescoes at the Baths of Caracalla are part of a permanent exhibition entitled Before the Baths: The House where Gods Lived Together. (Fabio Caricchia / Soprintendenza Speciale di Roma )

The first fresco, typical of the Hadrian age, has architectural perspectives that include human figures, statues, and cats. The second, which is 50 years younger, has divine figures from the Greco-Roman and Egyptian pantheons. Entitled “Before the Baths: The House where Gods Lived Together,” the new and permanent domus exhibit can be viewed when visiting the Baths of Caracalla.