During excavations being carried out in the ancient city of Syedra in the Alanya district of southern Antalya, an approximately 164-square-meter (1,765-square-foot) floor mosaic picturing the ancient Greek mythological hero Heracles, known as Hercules in Roman mythology, was found. 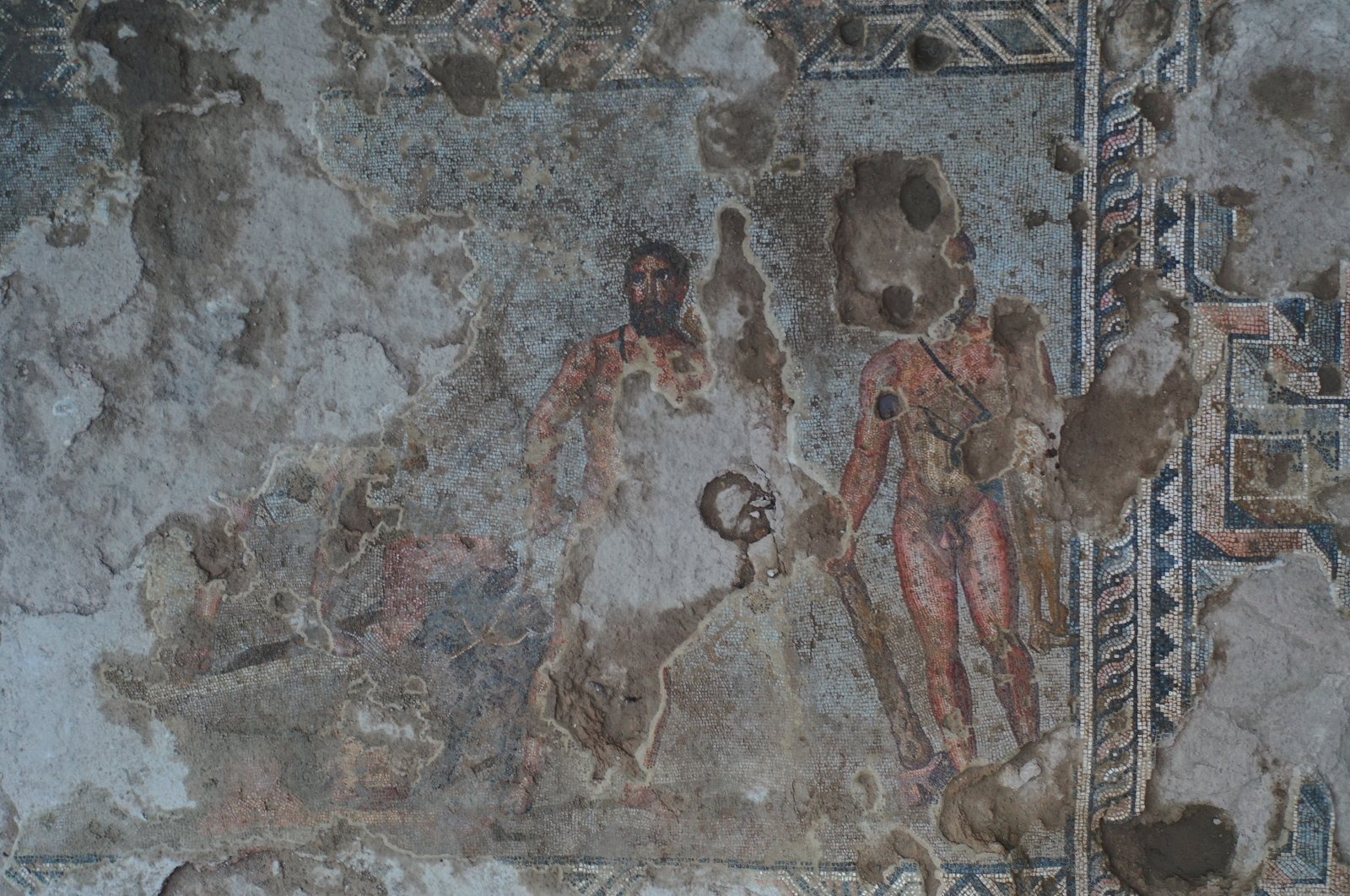 The mosaic was discovered in the Roman bath of the ancient city and depicts the 12 labors of Heracles, the son of Zeus and Alcmene according to myth. 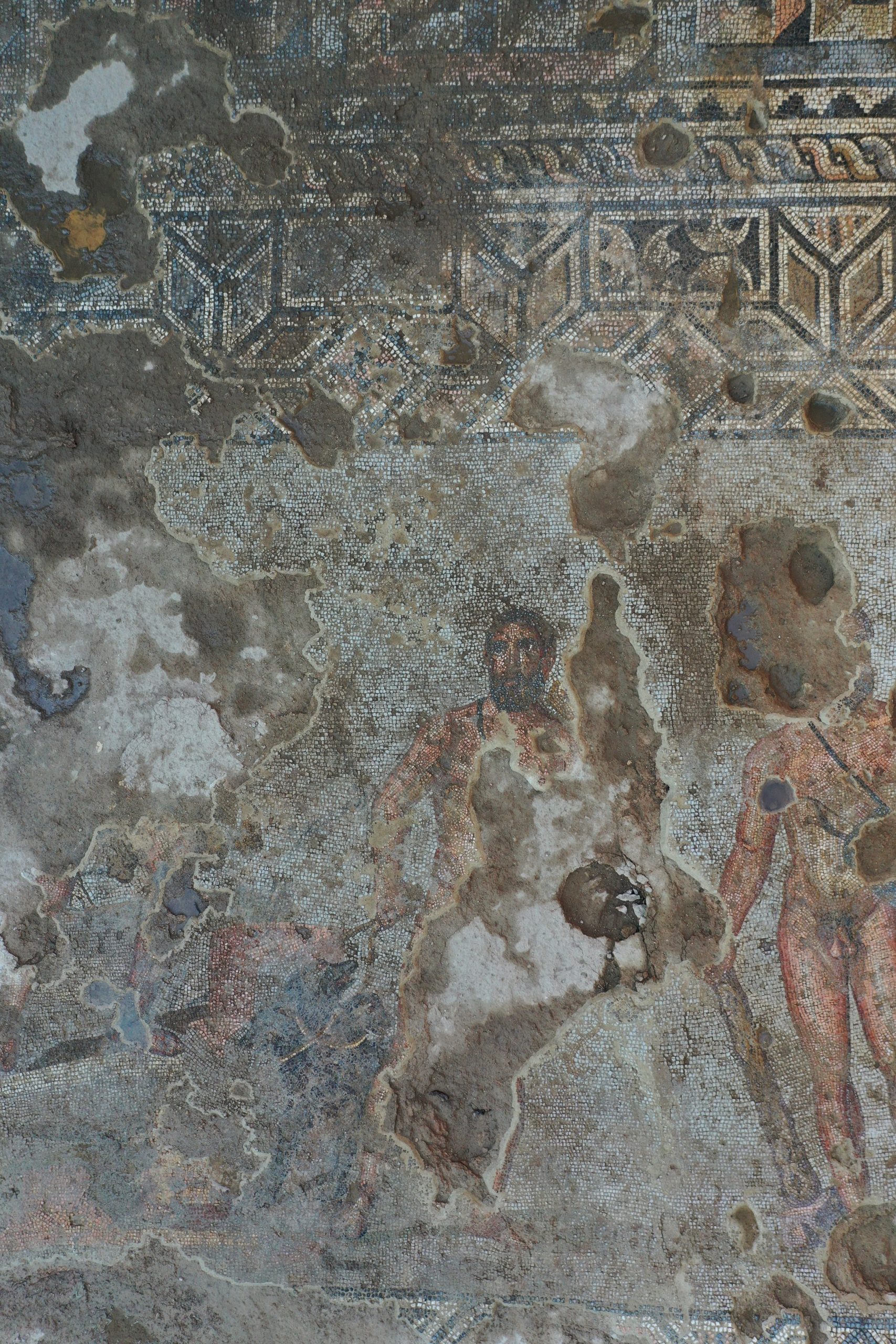 A view of the Hercules mosaic in the ancient city of Syedra, Antalya, southern Turkey, July 25, 2022. (AA Photo)
Speaking to Anadolu Agency (AA), associate professor Ertuğ Ergürer of Karamanoğlu Mehmetbey University Faculty of Letters in the Archaeology Department, the head of the excavations in Syedra, said that they have unearthed excellent archaeological finds in the works they have been carrying out since 2019 in the historical site.

According to Ergürer, they found the Heracles mosaic in the ancient city in 2019 for the first time. However, thinking that it would be unsafe to completely reveal the mosaic at that time, the excavation team fully uncovered the artifact at the end of 2020.

Seeing that the mythological scenes in the mosaics called “the 12 labors of Heracles” are well preserved, the team then completely covered the artifact with soil in order to protect it and to obtain better results in future detailed studies.

“We have never seen such a mosaic on which the mythological scene of the 12 labors of Heracles is depicted before. The fact that the figures of the mosaic are made in human dimensions also stands out. In this sense, it is a unique mosaic,” Ergürer added. 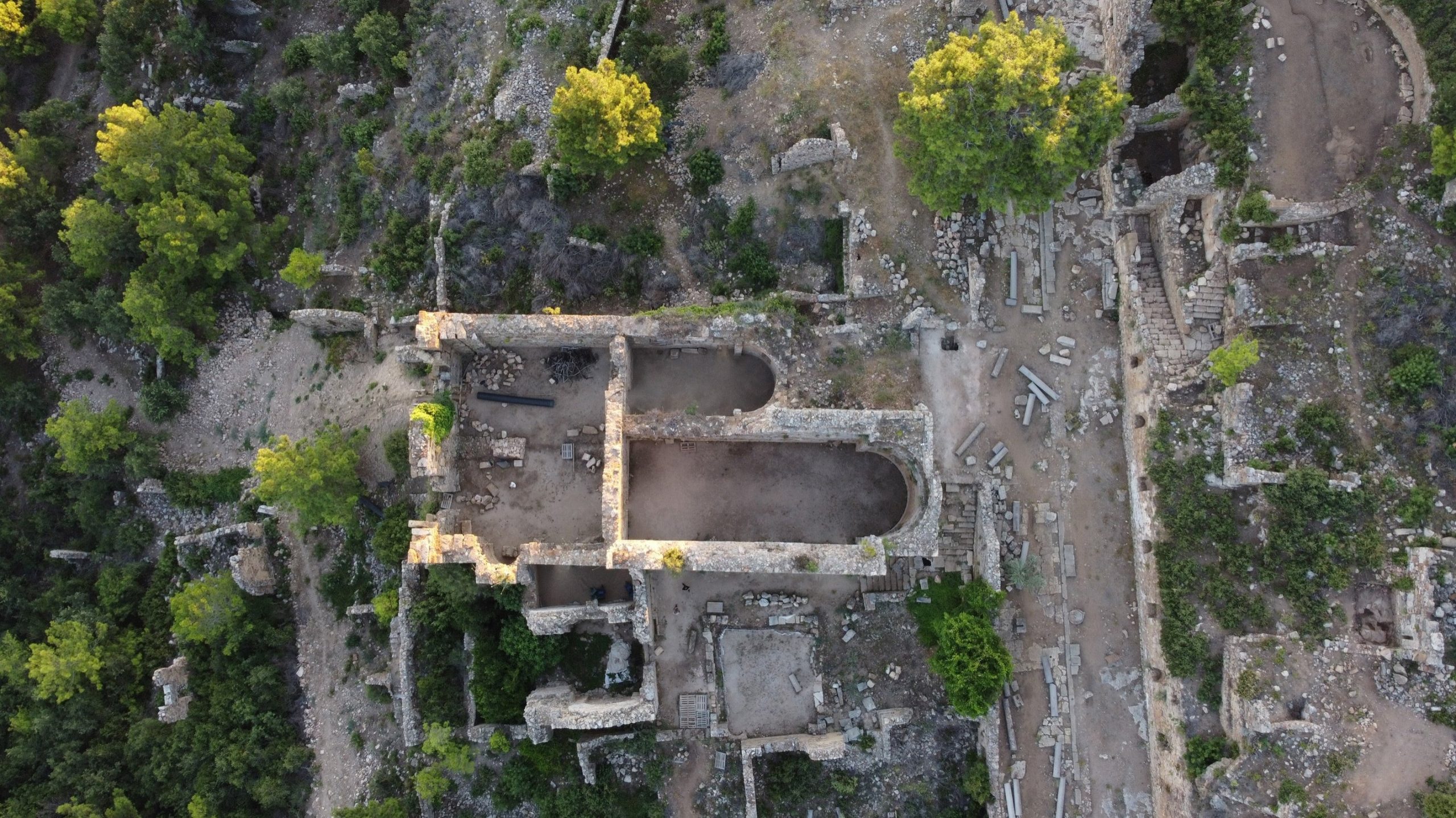 A birdseye view of the ancient city of Syedra, Antalya, southern Turkey, July 25, 2022. (AA Photo)
The excavation head informed that the floor mosaic, which is 7.9 meters in width and 21.91 meters in length, is considered to have been made in the second century A.D. and spreads over an area of approximately 164 square meters.

According to mythology, in a fit of anger, Heracles kills his wife. When he asks how he could atone for it, he is told to travel to Tiryns and complete the tasks asked of him by King Eurystheus. For 12 years, he travels all over to complete the 12 labors given to him. To date, these penances have been reflected on many artifacts like vases and sarcophagi.