When in Rome, Even the Christian Pilgrims Enjoyed the Baths of Caracalla

When we think of the city of Rome, we can easily picture the wealth of ancient monuments from its imperial past. The Baths of Caracalla are perhaps as popular today as they were when they were used in the 3 rd century AD. These impressive Roman baths are among the finest example that have survived to the modern period and the structure has inspired many architects through the centuries. 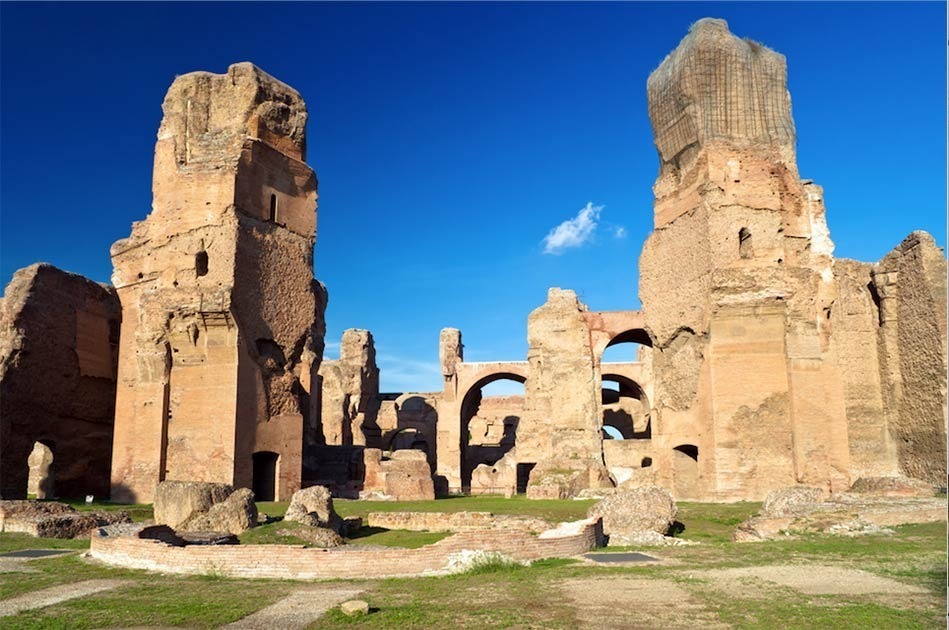 The History of The Baths of Caracalla; Work of a Tyrant

The construction of the baths was first ordered by Emperor Septimius Severus in 211 AD. After his death, his sons Geta and Caracalla succeeded him. Caracalla, however, murdered his brother to rule as sole emperor. It was the first of many crimes, which went on to include the massacre of civilians in Alexandria, and the execution of senators.

Caracalla continued the project that was commissioned by his father in a bid to win popularity with the Roman populace. He adorned the baths with exquisite art and magnificent statues, such as the famous Farnese Bull, the largest single sculpture yet discovered from antiquity. 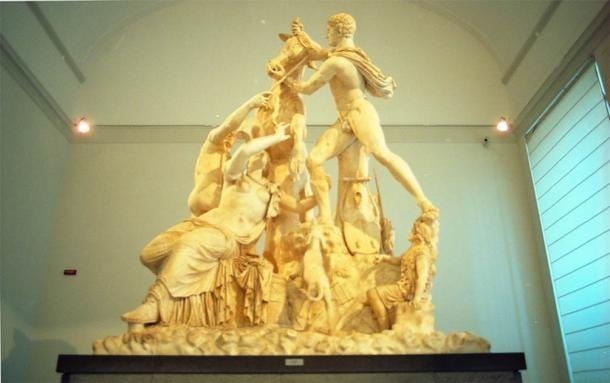 Caracalla seized land for the bathing complex, by this time much larger than Septimius Severus had planned. Many houses were demolished during the construction and some were found as part of the foundations. It is believed that workers had to move 2,200 tons of material each year for six years to complete the project. A remarkable achievement for a pre-industrial society.

After the assassination of Caracalla in 217 AD, the complex was finished by other members of the Severan dynasty and the baths were popular with the Romans. They were later restored by other emperors, including Aurelian and Constantine the Great, as this complex played a prominent role in the social life of Ancient Rome in the 3 rd century AD. People not only bathed but also socialized and even studied in its libraries.

The baths remained in use after the fall of the Roman Empire and were visited by Christian pilgrims who often journeyed to Rome. It was in the mid-6 th century AD that an earthquake and the Byzantine-Gothic Wars devastated Italy, leading to the abandonment of the baths. 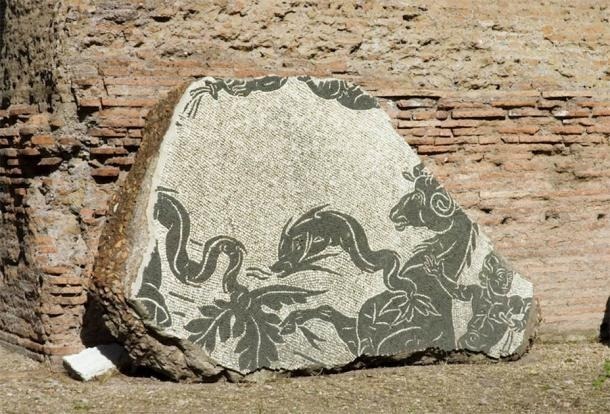 In the Middle Ages, the structure was used as a quarry. Stones and decorative work from the baths can be identified in other Roman buildings such as the beautiful church of Santa Maria in Trastevere.

Some of the first archaeological investigations were conducted at the baths on the order of a pope during the Renaissance. Many architects studied the ruins and they were immensely influential in the history of architecture, inspiring other famous buildings.

The baths were excavated by archaeologists in the 19 th century and again in the 20 th century. Unfortunately, the site has been further damaged by earthquakes in recent decades.

The Remains of the Baths of Caracalla Rome

The complex is large, covering several hectares and much of the original structure of the baths can still be seen. The gym and changing rooms adjoin the centerpiece of the site, the enormous natatioio (swimming pool) were Roman citizens would relax or if they were mood for a poolside game, there was one carved into a rock on the edge of the pool. 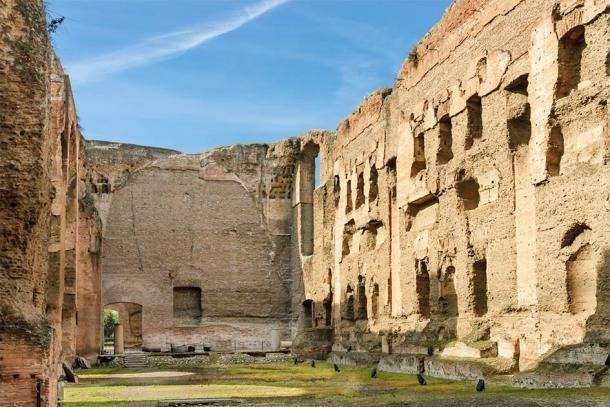 Extensive remains of a caldarium, a massive hot bath, as well as rooms that were once libraries grace the site. Fragments of mosaics depicting marine animals and scenes from Roman mythology are still visible and hint at how must magnificent the full images must once have been. Sadly, the majority of the artworks that adorned the complex have long been looted.

Slaves owned by the city of Rome kept fires burning to keep the baths hot, but the underground sections of the baths where the heating system was situated is not open to the public. Several paths with colonnades beautified the area around the baths while the walls of the complex and its arches are still mostly standing and still impressive after many centuries. The gardens around the complex were famous in their day and are kept beautiful for visitors.

Visiting the Baths of Caracalla in Rome

The baths are located near central Rome where there is plenty of accommodation and a regular supply of public transport to the site. A fee is charged to enter the UNESCO Heritage site and its gardens, and you may want to visit at night when it is lit up.

Many live events such as concerts take place at the baths but if you prefer to stroll around and step back in time for a while, there are many information boards and signs around the complex to guide you, as well as a virtual reality interactive show.