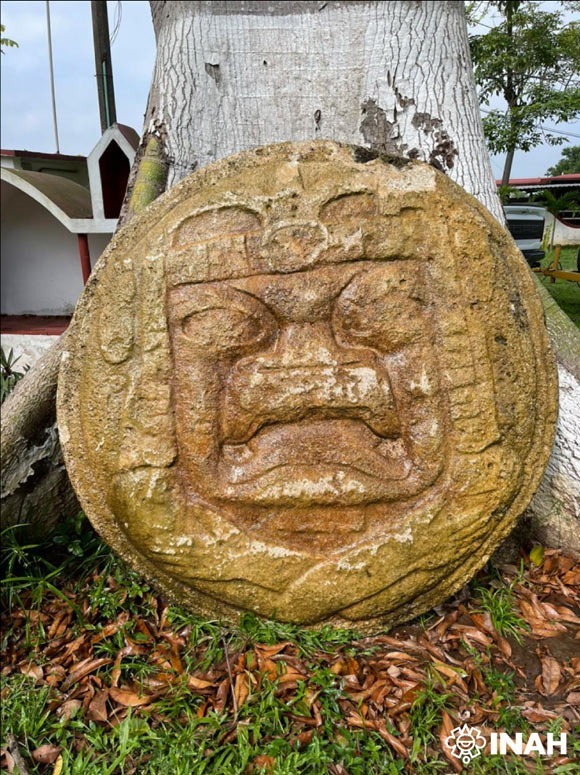 The Olmecs were the earliest known major civilization in the Mesoamerica.

They flourished during Mesoamerica’s formative period, dating from as early as 1600 BCE to about 400 BCE.

They lived along the Gulf Coast of Mexico in the modern-day Mexican states of Tabasco and Veracruz.

Archaeologists do not know what these people called themselves; the name Olmec is a Nahuatl (Aztec language) word and means the rubber people.

The Olmecs laid many of the foundations for the civilizations, like the Maya, that followed.

The Olmecs are known for monumental sacred complexes and huge stone heads they carved from volcanic rocks.

Many of their sites suffered systematic and deliberate destruction sometime between 400 and 300 BCE. 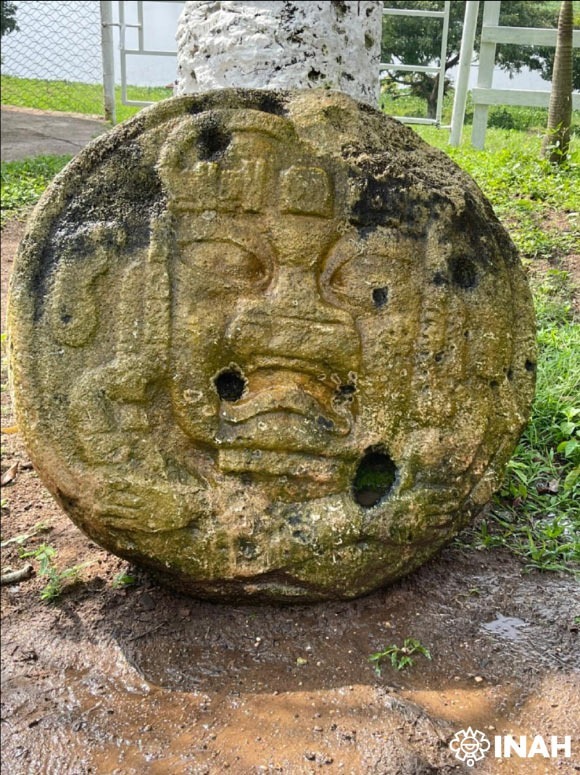 The newly-discovered Olmec reliefs were made of limestone; each has a diameter of 1.4 m (4.6 feet) and weighs 700 kg.

“They have a similar iconography: in the upper part and surrounded by celestial jaws, a diadem formed by four corncobs stands out, and in the center, a mirror with the so-called Olmec cross (glyph that marks the attire of the elite and is associated with the figure of the jaguar),” said Dr. Tomás Pérez Suárez, an archaeologist with the Centro de Estudios Mayas at the Universidad Nacional Autónoma de México, and his colleagues.

“Footprints can be seen on the sides; in front, the arms crossed and, in the middle part of the scene, the face from which the ‘grumpy mouth’ stands out, which alludes to the roar of the jaguar.”

The stone reliefs were found in the municipality of Tenosique in Tabasco, south-eastern Mexico.

“Among the reliefs known from the Late Olmec horizon, when La Venta emerged as the guiding center of the civilization, five of them represent figures of ‘contortionists.’”

“One of them came from Balancán and is currently stored at the Regional Museum of Anthropology in Villahermosa; another one, from Ejido Emiliano Zapata, is stored at the Pomoná Site Museum; and three came from Tenosique.”

“These five monuments have similar representation of large faces, possibly of local rulers, who also practiced ‘contortionism’ not in a playful sense, but ritual,” they added.

“By adopting the position in which they appear portrayed — which reduces the flow of the blood to the brain — the characters reached trance states in divinatory ceremonies, and that conferred powers on them.”

“It is possible that these faces evolved and derived in the Mayan ajaw altars, such as those at the Caracol site in Belize, which tells us about the permanence of this theme for more than three centuries, already for the Early Classic and Late Classic periods (495 to 790 CE),” the researchers said.

“The word ajaw means ‘he who shouts,’ ‘he who commands,’ ‘he who orders;’ and in these Mayan monuments the mouth stands out, a feature that must came from Olmec times, especially from these circular reliefs of ‘contortionists’.”