Tomb of Salome, the Midwife Who Delivered Jesus, Reveals Treasures

Tomb of Salome, the Midwife Who Delivered Jesus, Reveals Treasures Credit: Israel Antiquities Authority
Just days before Christians celebrate Christ’s birth, the Tomb of Salome was discovered—along with other treasures—in the process of excavations at a burial cave located in a Jerusalem forest. Salome was the midwife from Bethlehem who delivered Jesus. 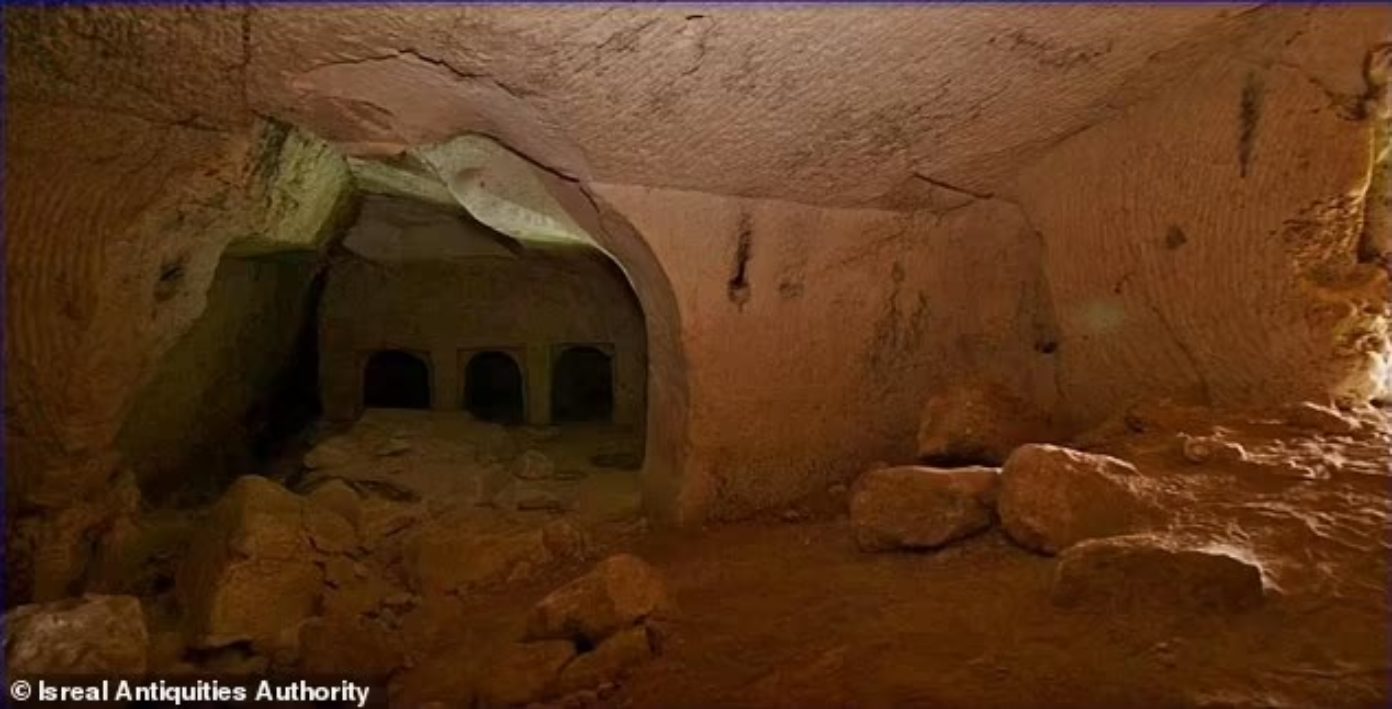 According to the Israel Antiquities Authority (IAA), the burial cave is likely over two thousand years old and contains artifacts and ruins dating back to the eighth to ninth centuries of nearby shops. These were shops that sold oil lamps used in prayer.

Carvings in ancient Greek and Syriac cite “Salome, who was Mary’s midwife,” hence providing clear proof that the particular cave is in fact that of Salome.

In relation to this, the IAA said in a statement that “judging by the crosses and the dozens of inscriptions engraved on the cave walls in the Byzantine and Early Islamic periods, the chapel was dedicated to the sacred Salome.”

Grave robbers, who removed the sarcophagus, discovered the tomb in 1982, and formal excavations on the cave initially began two years later.

Grecian Delight supports Greece
Proof of Salome as a midwife at Jesus’ birth
According to the New Testament, James was the son of Joseph, though there are also various other theories on this. Some argue that James would have actually been the son of Joseph’s first wife, Asenath, an aristocratic Egyptian woman.

The Protoevangelium of James, an ancient, second-century non-canonical text narrates Salome’s role as a midwife at Christ’s birth. This is generally supported by Christian scriptures, which read:

She could not believe that she was asked to deliver a virgin’s baby, and her hand became dry and was healed only when she held the baby’s cradle.

And the midwife went forth of the cave and Salome met her. And she said to her: Salome, Salome, a new sight have I to tell thee.

IAA archaeologist Zvi Firer said, “The name Salome (or in Hebrew: Shalom or Shlomit) was a common Jewish name in the Second Temple period, and was also known in the Hasmonean and Herodian families.”

Salome’s name is mentioned several times thereafter in scriptures, with Mary telling Salome not to tell anyone about Jesus until he enters Jerusalem.

The conception of Mary is also narrated in the Gospel, as are her upbringing, marriage to Joseph, and the journey to Bethlehem. There are also details on Jesus as a young boy.

All in all, there are about one hundred and thirty Greek manuscripts pertaining to the Gospel of James. Most are from the tenth century or later. 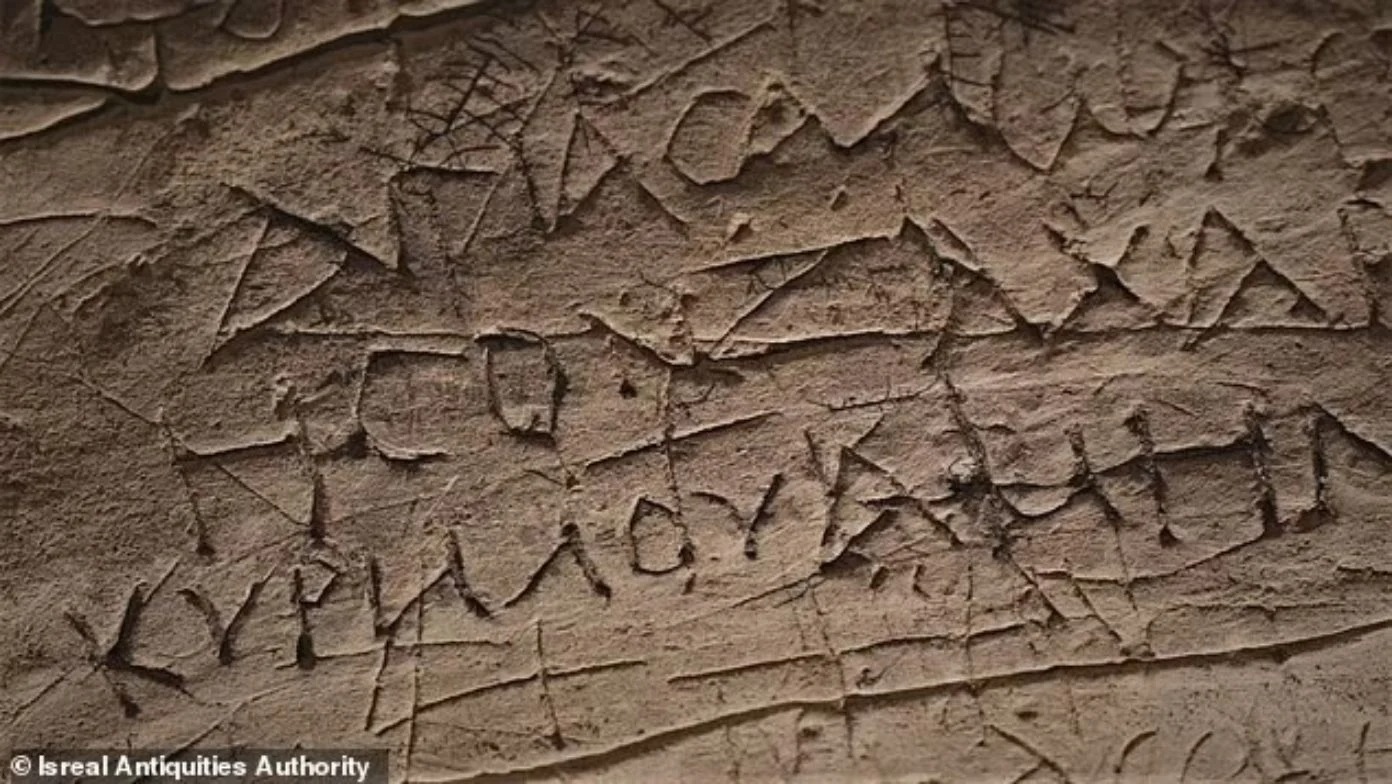 Inscriptions in the cave
Credit: Israel Antiquities Authority
Revealed treasures in Salome’s tomb
Although the specified burial cave was known, its elaborate forecourt with the treasures had remained hidden for over two thousand years. Hundreds of lamps that were either complete or broken were found in the forecourt, proving that the cave was a place of worship.

IAA archaeologist Zvi Firer, who commented on this discovery, said, “We believe that pilgrims would come here, rent an oil lamp, perform their prayers inside, and go on their way.”

Firer added that this was “like today when you go to the grave of a revered rabbi and light a candle there.”

The entrances leading into the cave and the interior chapel were exposed. A tomb was comprised of several chambers with multiple rock-hewn kokhim (burial niches) and broken ossuaries (stone boxes). These attest to ancient Jewish burial practices.

The court is about 3,767 square feet and is surrounded by ashlar stone walls, which are individual stones fashioned into squares. Some of these squares were carved with delicate decorative vegetal designs, including rosettes, pomegranates, and acanthus vases, all of which are also characteristically Jewish features.

According to IAA archaeologists, mosaic flooring that once decorated the forecourt of the cave was also uncovered during excavations.

An IAA spokesperson reported that “the forecourt and the cave attest that the tomb belonged to a wealthy Jewish family [which] invested much effort into preparing the cave.”

“It is noteworthy that the court leading into burial caves was usually hewn out of the rock and not elaborately built of ashlar masonry as this forecourt,” the spokesperson added.

Although the Jewish tradition of secondary burial in stone ossuaries is well known, the subsequent adaptation of this cave into a Christian chapel is both surprising and interesting. 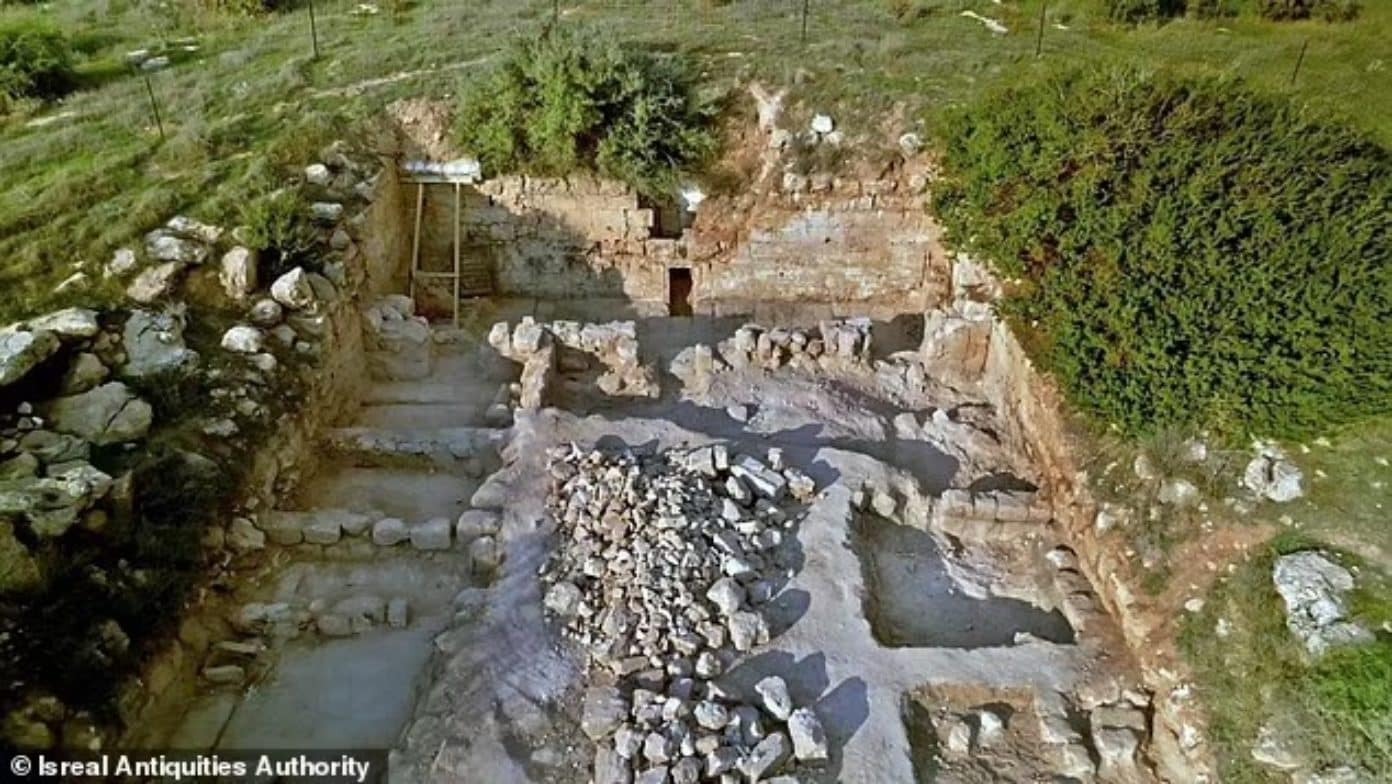 Ruins outside of the cave
Credit: Israel Antiquities Authority