During the Bronze Age (3300 – 700 BC), the Nuragic civilization built what is known as the Tombs of Giants (Tomba dei Gigantic). These megalithic gallery graves were used by the Nuragic people as public tombs, for the burials of many individuals from these early societies.

Massive in size and astonishing to view, the giants’ grave at Coddu Vecchiu in Sardinia is one example that represents a somewhat mysterious and intriguing part of human history – providing some general answers as to the burial rituals of ancient human civilizations, but also leaving many questions unanswered.

The Nuragic civilization constructed two distinct types of tombs. The “slab type” was constructed from giant stone slabs which were placed upright, and buried into the ground. 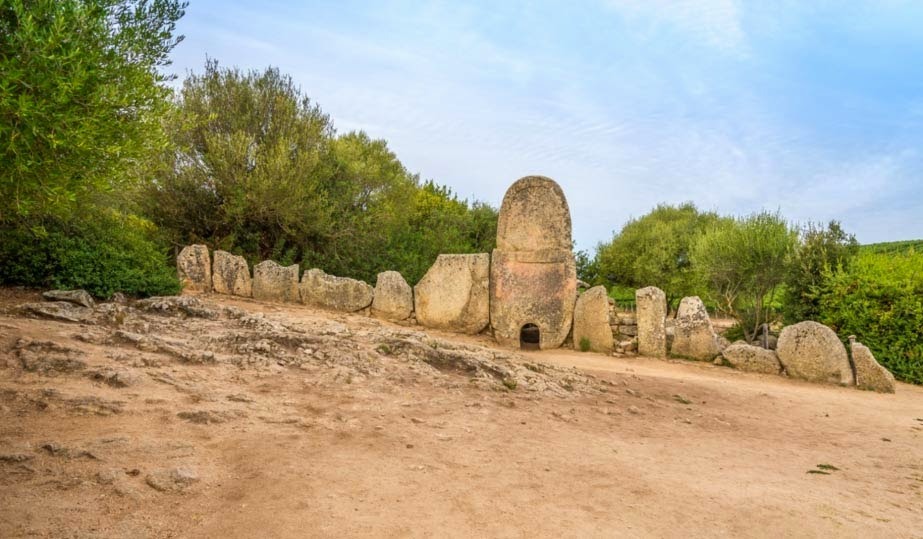 The slabs were placed side by side in a long row. They are uniform in height except for the centre slab, known as a central stele, which is taller than the other slabs. Rising up to 4 meters (13 feet) in height, the central stele stands far above the other slabs and has a doorway carved into its centre.

It is also generally decorated with carved text and images for funeral or memorial purposes, with the top carved into a rounded arch. In another variation, the centre slab blended more easily with the surrounding slabs.

It contained no alterations from its original state, other than the addition of a doorway. Through the doorway in the stele is a rectangular tomb and a burial chamber that is 5 – 15 meters (16 – 49 feet) long and 1 – 2 meters (3 – 7 feet) high. When the tombs were first constructed, they were covered by a large mound of dirt. 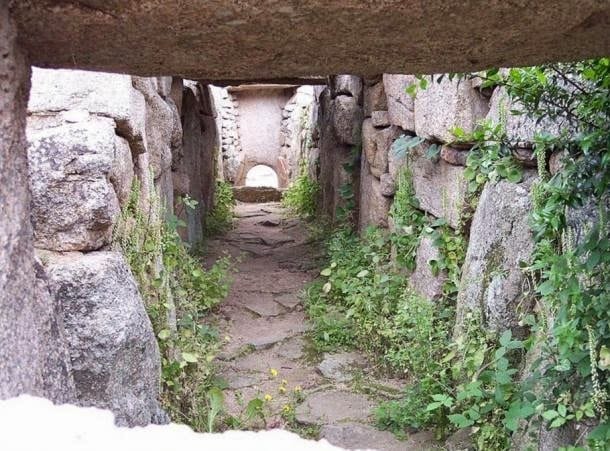 Through the doorway of the stele is a large rectangular burial chamber.

While the name ‘Tomb of Giants’ (or Giants’ Grave) invokes images of the burial of giant human beings, the tombs actually have nothing to do with the burial of anyone other than regular-sized people from the Nuragic civilization.

According to some legends, giants were buried in these tombs, in large part due to the massive size of some of the stones used, some reaching as high as 100 feet tall. However, no evidence of giant-sized humans has been found at the site.

The use of the word giant refers to the fact that these tombs were used as giant public burial chambers. Three hundred and twenty-one of these graves have been discovered in Sardinia, Italy, including those found at Coddu Vecchiu. 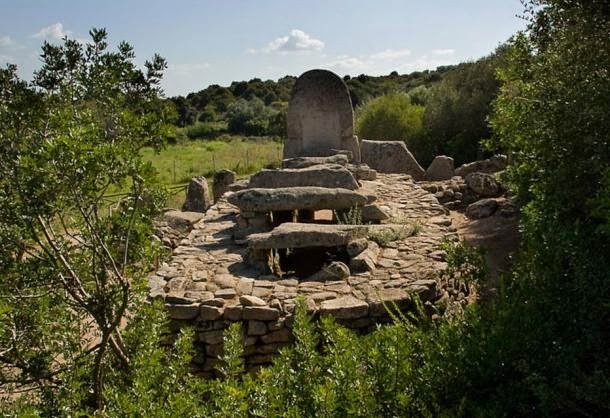 While the tomb may look like the grave of a giant, only regular-sized human remains

The Giants’ Graves at Coddu Vecchiu remain mysterious because little is known about the ceremonies or rituals that occurred there or the symbolism that was being invoked. It is believed that the doors in the tombs were used to facilitate passage into the afterlife. These doorways served as the barrier between the physical world and the afterlife. Mourners and others would leave offerings at the entrance to the tombs.

There has been some speculation that the sites are the location of powerful sources of natural energy, and that they were chosen as burial locations for that reason. It is said that channels of “telluric energies and magnetic forces” are found at the Giants’ Graves, and that the Nuragic people knew of these forces and intended to use them for burial purposes.

The slabs were arranged in a semi-circular position, and it was believed that this shape was in alignment with telluric energy lines and that the energy would be captured in each individual slab. This energy would then gather, all leading to the central slab, with the central slab absorbing a great deal of energy.

The sick and injured would lie on the stones hoping to be healed. The energy would also benefit the dead, as it was believed that it helped to separate their soul from their physical body. 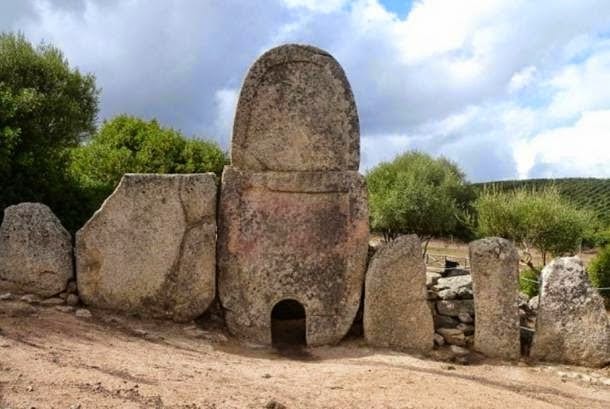 The Giants’ Graves may provide us with more questions than answers. While they give an interesting insight into the burial rituals of ancient civilizations, they do not provide much information beyond the physical structure of the tombs and the fact that they were used for burial purposes.

With religious and spiritual beliefs being far different during ancient times than they are today, it is likely that ancient burial rituals were very different to what we currently know today.

There was likely much focus on safely making it to the afterlife, and ensuring a smooth transition from a physical presence on Earth, to a spiritual presence beyond Earth, and possibly a reincarnation into a new life.

The Giants’ Graves illustrate an early form of the public tomb, where large numbers of people would be buried. Unlike tombs that were created for nobles or high figures in society, largely utilized public tombs can give a greater insight into the culture and traditions of the vast majority of people from ancient civilizations.