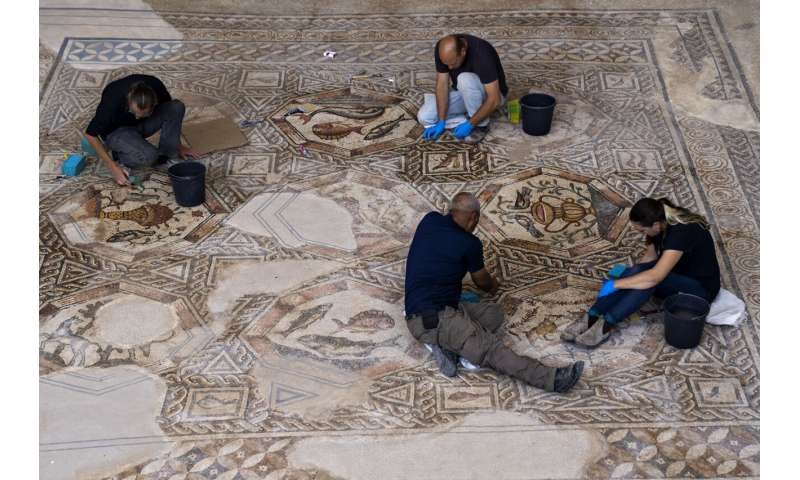 The mosaics were first discovered in the central city of Lod in 1996 but the Israel Antiquities Authority only fully unearthed the enormous, well-preserved artworks in 2009.

The collection stretches 17 meters by nine meters (56 feet by 30 feet). The mosaics feature a menagerie of animals, from fish and fowl to beasts that would have been exotic to ancient residents of Lod: an African elephant, rhinoceros and giraffe. Archaeologists believe the mosaics adorned an affluent villa in the 3rd or 4th centuries, after Lod was rebuilt as the Roman city of Diospolis.

But for more than a decade, while Israeli authorities raised funds for a museum, the mosaics had no permanent home. They went on display at museums around the globe, including New York’s Metropolitan Museum of Art, the Louvre Museum in Paris and The Hermitage in St. Petersburg, Russia.

The mosaics’ new home at the Shelby White and Leon Levy Mosaic Lod Archaeological Center features guided tours and interactive exhibits in Arabic, English and Hebrew. The museum is free for residents of Lod, a mixed Arab-Jewish city that saw bouts of sectarian violence in May 2021 during Israel’s war against Hamas in the Gaza Strip. 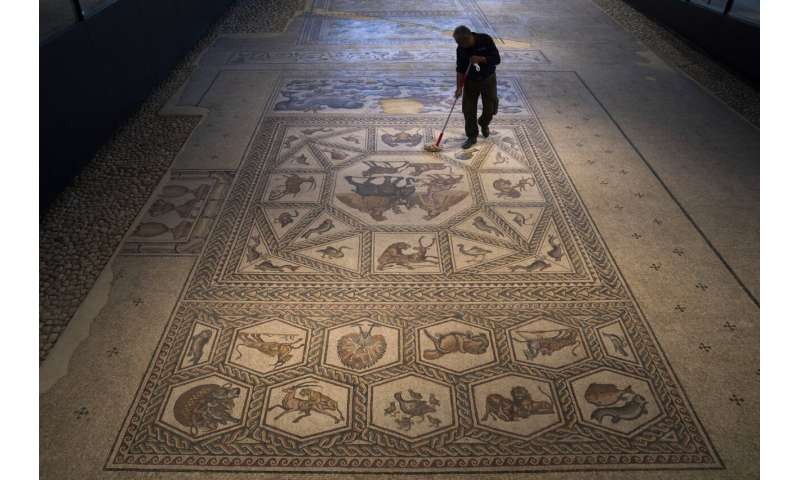 “Like a mosaic which brings many pieces together to be one wonderful picture … we are trying to bring all the local people—Jews and Arabs,” the museum’s project manager, Raanan Kislev, told The Associated Press. 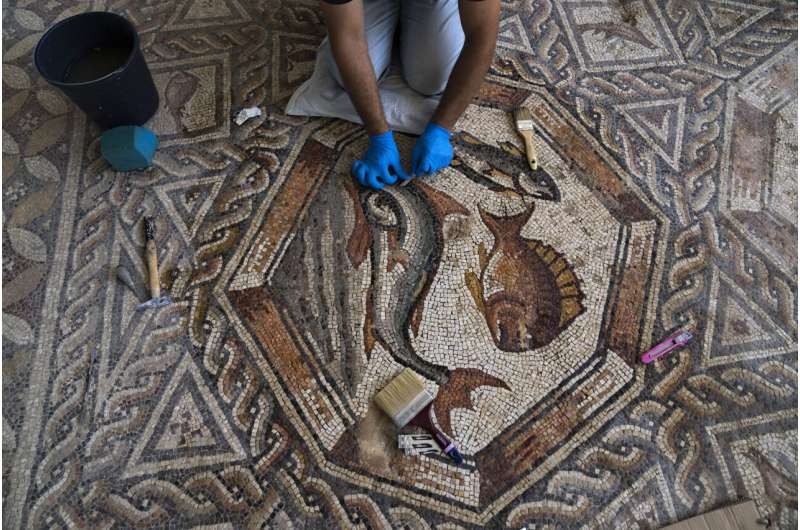 The museum hopes it will be a key attraction for tour groups, as Lod is strategically situated between Jerusalem and Tel Aviv and next to the country’s main international airport. The museum is designed to recreate an ancient Roman villa like one that would have housed the mosaics.

“Our dream for this city—itself a mosaic of cultures—is being realized today right before of our eyes, as we dedicate this most important museum, placing Lod on the world tourism map,” said Mayor Yair Revivo.