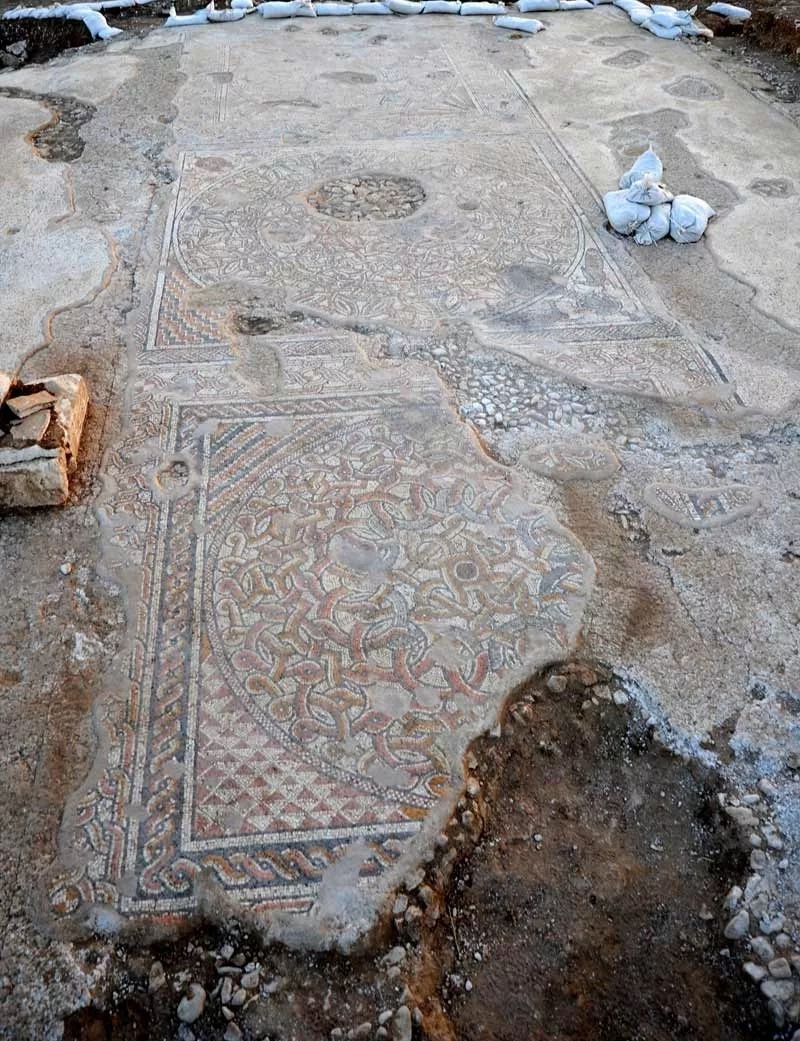 The colorful mosaic and public building, whose ceiling was covered in roof tiles, were uncovered in Kibbutz Bet Qama, in the B’nei Shimon regional council, prior to the construction of a road between Ma’ahaz and Devira Junction.

“The minute we started excavating we found the mosaic, before we found the edges of the building,” Davida Eisenberg Degen, an archaeologist with the IAA, told LiveScience during an interview. [See Images of the Byzantine Mosaic]

The mosaic would’ve extended the area of the main building, with a total area about 40 feet long by 28 feet wide (12 meters by 8.5 meters). Divided into three squares with circles within each, the mosaic was decorated with “interwoven designs,” Degen said. At each corner were amphoras, or jars used to hold wine, and other designs, such as two peacocks flanking an amphora, a dove and a partridge, and one amphora with a pomegranate and a lemonlike fruit inside. 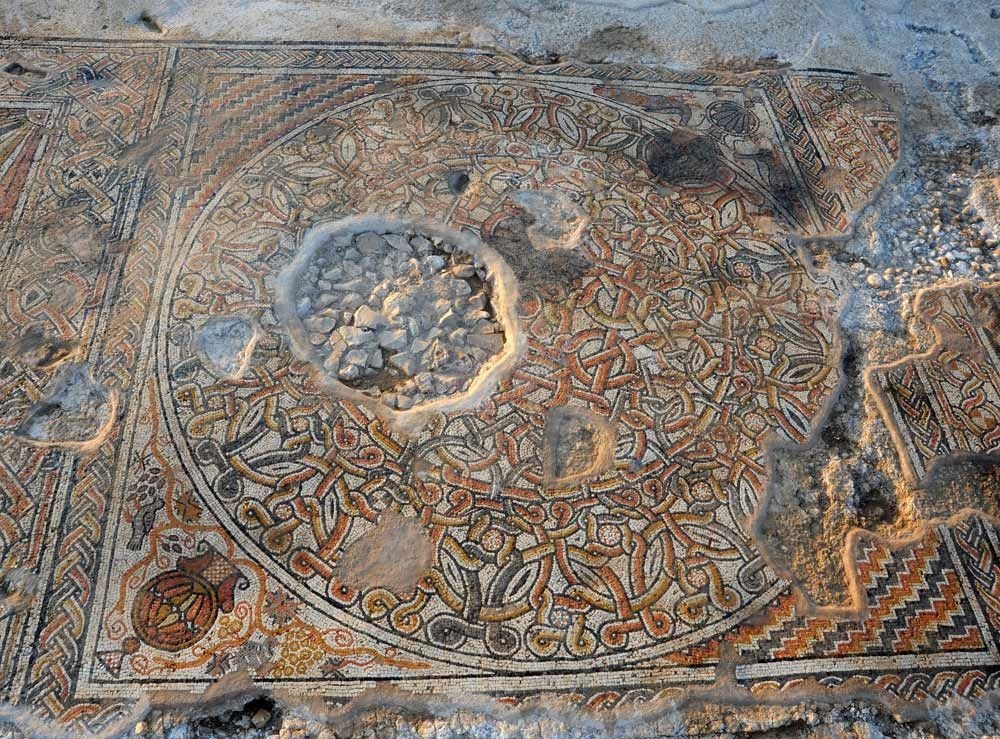 The mosaic discovered prior to construction of an interstate in Israel, was decorated with geometric structures and amphoras, or vessels for holding wine. The amphoras were also decorated, for instance, one was flanked by a pair of peacocks. (Image credit: Yael Yolovitch, Israel Antiquities Authority)

Though other areas of the site showed evidence of the practice of Christianity, the public building seemed to have no religious affiliation. The researchers aren’t sure what it would’ve been used for between the fourth and sixth centuries A.D.

“The find of this mosaic is extraordinary; the size of it and the [condition] goes beyond what is usually found,” Degen said. “This is an unusual find.”

In front of the building, archaeologists had also discovered pools and a network of channels and pipes used to convey water between them. Steps were uncovered in one of the pools, the walls of which were covered in colored plaster, called fresco.

Archaeologists are trying to figure out the purpose of the building and pools, though they say the construction of the structures would have required considerable economic resources.

The site of the excavation is located on an ancient road that ran north from Be’er Sheva and also includes a large estate with a church and a large cistern surrounded by farmland. One of the structures likely served as an inn for visitors, the researchers speculate.

During the Byzantine Period, Jewish and Christian settlements in the area would have been situated next to each other. In fact, scientists just excavated two nearby Jewish settlements: Horbat Rimon, which held a synagogue and ritual bath called a miqwe, and the Nahal Shoval antiquities site. Nearby Christian settlements include the churches at Abu Hof in the Lahav Forest and a monastery at Givot Bar.