“The most beautiful mosaic floors discovered in Gaza.” Credit: Lebanese News and Updates
A Palestinian farmer has discovered an ornate Byzantine floor mosaic while trying to plant an olive tree on his land in the Gaza Strip. Experts have called it one of the greatest archeological treasures ever found in Gaza. 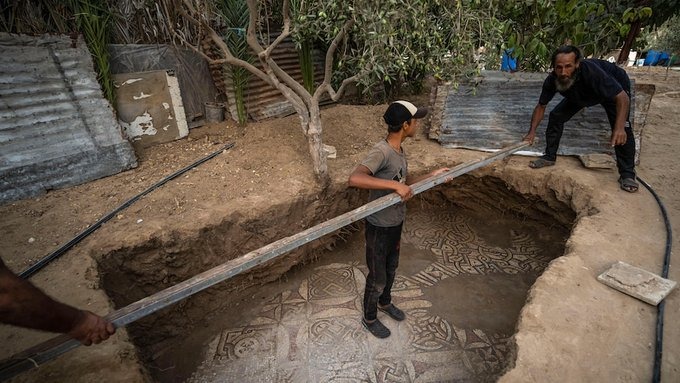 Salman al-Nabahin said he and his son had been digging into the ground when they unearthed the relic. They later uncovered several more sections depicting colorful animals and birds.

The mosaic was discovered just a kilometer from the Israeli border.

Archeologist René Elter, from the French Biblical and Archaeological School of Jerusalem, told the Associated Press the mosaic was “exceptional.”

“These are the most beautiful mosaic floors discovered in Gaza, both in terms of the quality of the graphic representation and the complexity of the geometry,” he said. 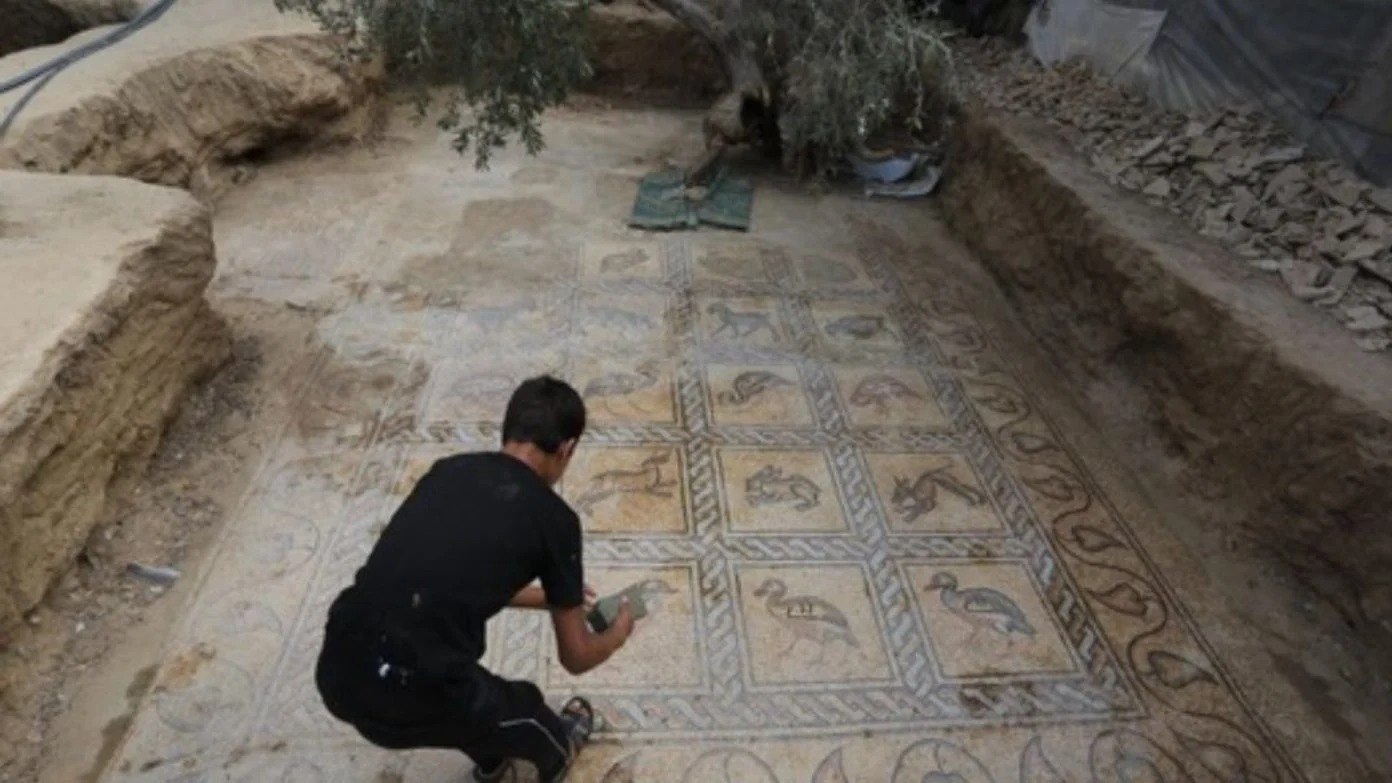 “Never have mosaic floors of this finesse, this precision in the graphics and richness of the colors been discovered in the Gaza Strip,” said Elter.

He said the mosaic pavement dates back to a time between the fifth and the seventh centuries, but a proper excavation must be conducted to determine when exactly it was built and whether it was part of a religious or secular complex. 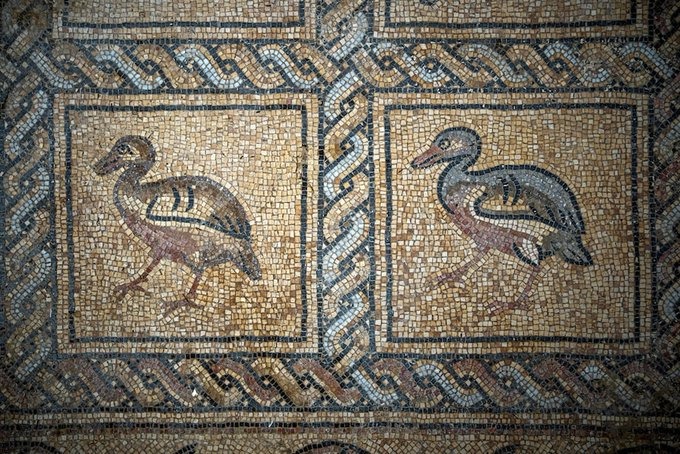 The Palestinian Ministry of Tourism and Antiquities said international experts were being brought in to complete the site’s excavation.

Byzantine-era artifacts and mosaics in Gaza
The Gaza Strip was once a bustling trade route for civilizations. It is rich in antiquities. 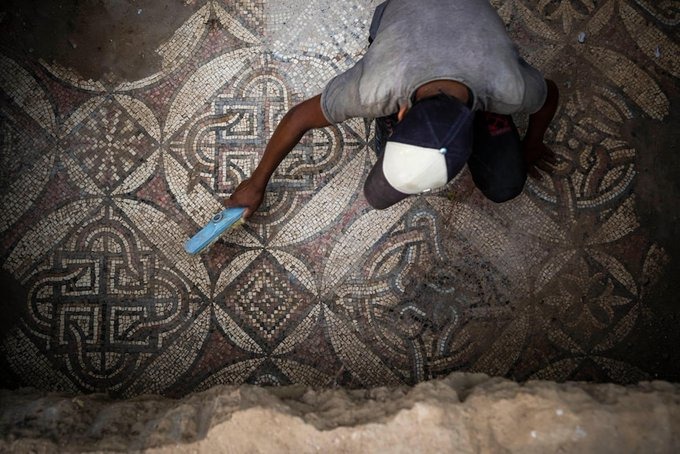 Among the few preserved sites in Gaza is the St. Hilarion monastery, which spans from the late Roman Empire to the Islamic Umayyad period.

Furthermore, the site of a Byzantine church was restored by international aid organizations and opened this year in the northern Gaza Strip.

Dating back to the fifth century AD, the church and its monastery were first discovered in Jabalia, a city in northern Gaza, in 1997. Measuring over eight hundred square meters, (8,611 square feet), the complex is a massive compound of buildings featuring intricate mosaics. The walls were once adorned with verses in ancient Greek.

The mosaics portray hunting scenes, palm trees, and animals among other things.

While these sites also have mosaics, Elter said the latest discovery in the central Gaza town of Bureij was “exceptional.”