Sepphoris — ‘The ornament of the Galilee’

A mosaic floor is visible at this archeological site in Sepphoris, Israel. Shutterstock
The Galilean city of Sepphoris isn’t mentioned in the New Testament, or in the Bible at all. And yet, located slightly less than 4 miles (6 kilometers) from Nazareth, it may be important to our understanding of Jesus.

Although the site had already been occupied for centuries, Sepphoris’ real blooming began when Herod Antipas succeeded his father, Herod the Great, around 4 B.C. Prior to being deposed and exiled in A.D. 29, Herod renamed it “Autocratoris” and set about to turn it into what the Jewish historian Josephus calls “the ornament of the Galilee.” 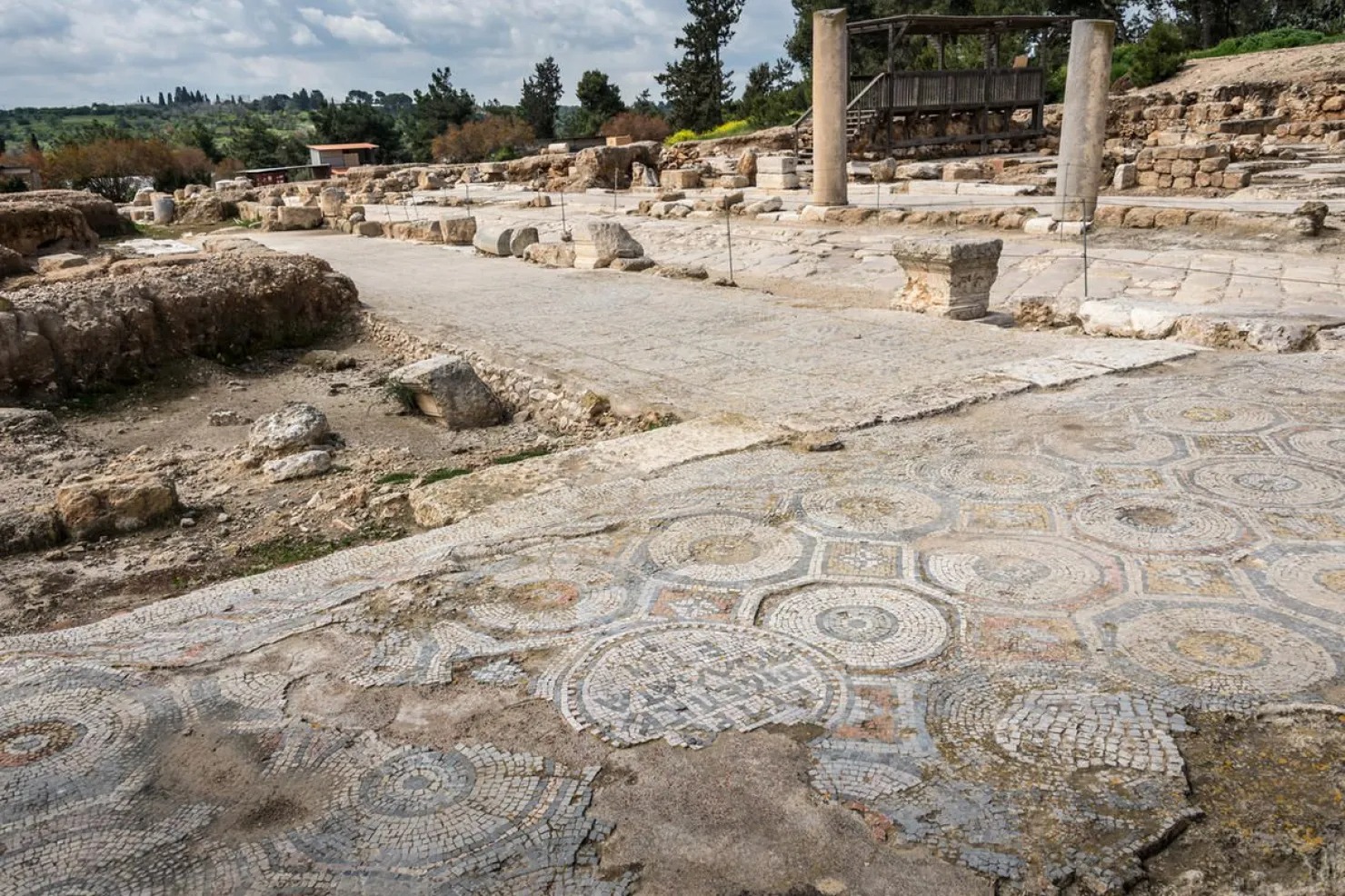 Ancient traditions suggest that Mary, the mother of Jesus, was born in Sepphoris, and that her parents, Joachim and Anna, reared her there. In any event, during the time of Jesus, Sepphoris was probably a relatively large and bustling city that employed many construction workers. And that’s precisely what Joseph, the adoptive father of Jesus, was. The Gospels call him a “tekton” (Matthew 13:55; Mark 6:3), which is traditionally translated as “carpenter” but can also mean “artisan” or “builder,” and which, given Palestine’s rocky and treeless character, very likely means that he was a stone mason. (Even today, almost all construction in Israel uses stone.)

By contrast, Nazareth was a tiny town in the Savior’s lifetime, offering little work. It’s easy, though, to imagine Jesus walking to and from Sepphoris every day with his father — about an hour each way — as he learned the family building craft. And traces of this background may appear in his teachings, where, for example, he describes a wise man who built his house upon a rock (Matthew 7:24), announces (with a pun on Peter’s name) that his church will be built upon “rock” (Matthew 16:18), and refers to himself as a stone rejected by the builders (Mark 12:10; compare Romans 9:33 and 1 Corinthians 10:4).

Does Jesus’ comment that “A city that is set on an hill cannot be hid” (Matthew 5:14) also recall youthful experiences with Sepphoris? We cannot know for certain. However, the city’s name in Hebrew is Tzippori, a variant of the word “tzippor” or “bird” — possibly, as a comment in the Jewish Talmud suggests, because it sits “perched atop a mountain, like a bird.”

It’s even possible that his references to the scribes and Pharisees of his day as “hypocrites” (e.g., at Matthew 23:13-14) reflect a connection with Sepphoris. In the first century, the city seems to have been fairly moderate, religiously speaking, steering a middle course between wholesale adoption of Gentile ways and complete rejection of them. By the second half of that century, or maybe slightly thereafter, it had a Roman theater. Did Sepphoris have a theater in Jesus’ day? Perhaps. Was he aware of the conventions of acting? Maybe. In Greek, the word “hypokrites” referred originally to a stage actor, a person obviously pretending to be someone he was not.

Following the Second Jewish Revolt of A.D. 132-135, many prominent Jewish families moved northward from the area around Jerusalem to Sepphoris. Among them were Rabbi Yehuda HaNasi, chief editor of the foundational rabbinic text called the “Mishnah,” and the entire Sanhedrin. (Eventually, sometime before A.D. 150, they moved to Tiberias, on the shore of the Sea of Galilee.)

Thereafter, Sepphoris enjoyed frequent periods of prosperity. More than 60 distinct mosaics have been discovered at the site, for instance, dating from the third century A.D. to the sixth. In one Roman villa, built around the year A.D. 200, a large 15-panel mosaic features images of Dionysus, god of wine and parties; Pan, the goat-footed god of shepherds and wild places; the demigod Hercules; and, most famously, a young woman (now commonly called “the Mona Lisa of the Galilee”) who may represent the Roman goddess Venus or the Greek Aphrodite.

True to the city’s hybrid Jewish/Gentile history, however, the ruins of Sepphoris also preserve a synagogue that likely dates to just after A.D. 400. It, too, features beautiful mosaics, depicting (among other things) the visit of the angels to Sarah, wife of the patriarch Abraham (Genesis 18), and the binding of Isaac (Genesis 22:1-18). It also features a large zodiac, in which the Hebrew names of the months surround the Greek sun god, Helios, sitting in his solar chariot.

Sepphoris illustrates wonderfully the religious complexity of the ancient Near East. Ultimately, though, its greatest importance may reside in the potential light that its archaeology sheds on the early life of Jesus. (See also “Archaeology and the boyhood of Jesus in Nazareth,” published March 12, 2015.)

Daniel Peterson founded BYU’s Middle Eastern Texts Initiative, chairs The Interpreter Foundation and blogs on Patheos. William Hamblin is the author of several books on premodern history. They speak only for themselves.