During a routine construction job in the Defne district of southern Turkey’s Hatay, workers digging to lay the foundation of a new structure stumbled upon the remains of a Roman villa, including its preserved geometrically patterned mosaic floor.

The historical structure was discovered during excavations in preparation to lay the foundation for a new structure at the site of an eight-story building that was demolished within the scope of urban transformation efforts in December 2021 in the Sümerler district.

Upon reporting the situation to the Hatay Archeology Museum Directorate, work in the area was stopped and an investigation was launched.

A worker cleans the mosaic on the floor of a recently discovered Roman villa in the Defne district of Hatay, southern Turkey, July 4, 2022. (AA Photo) 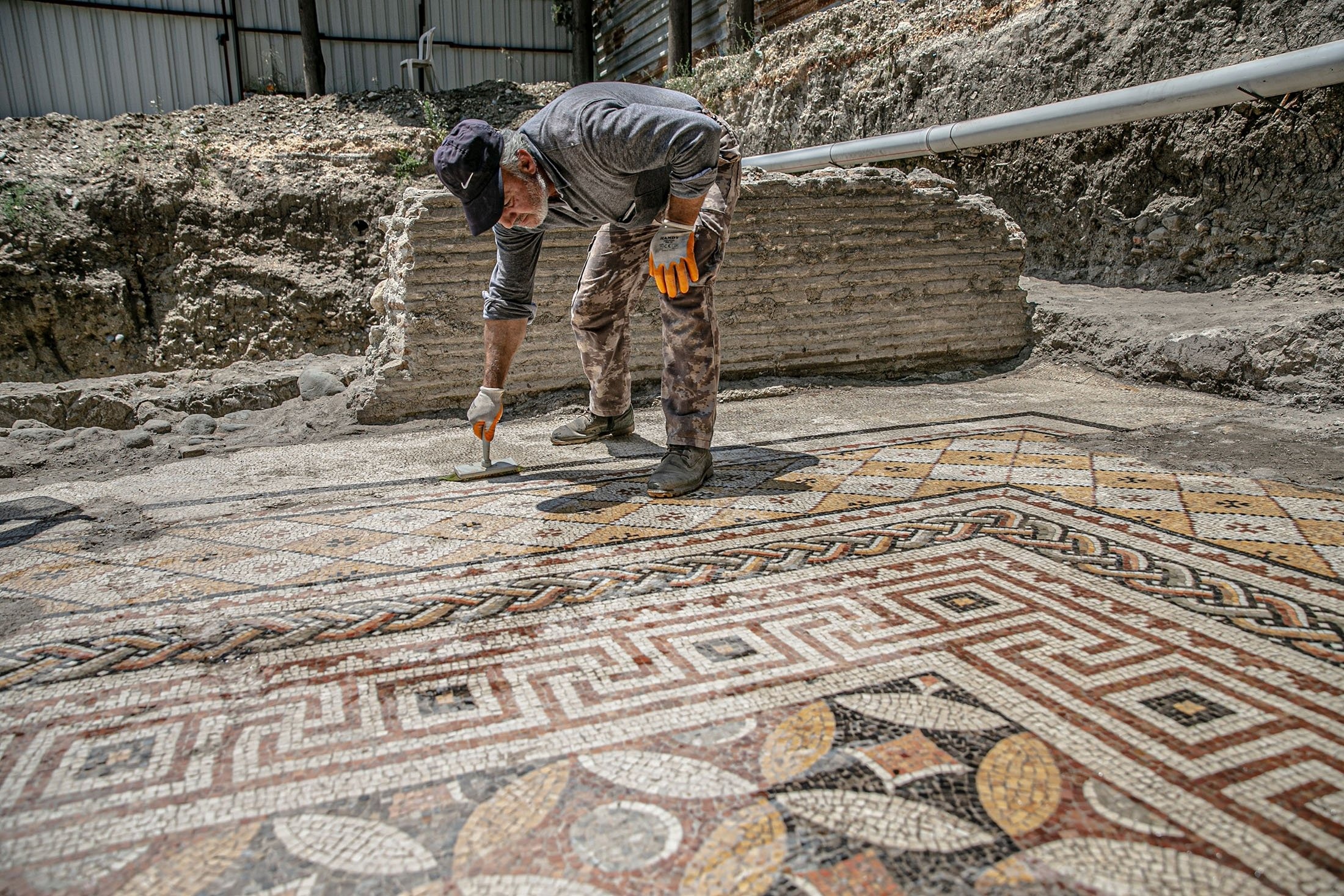 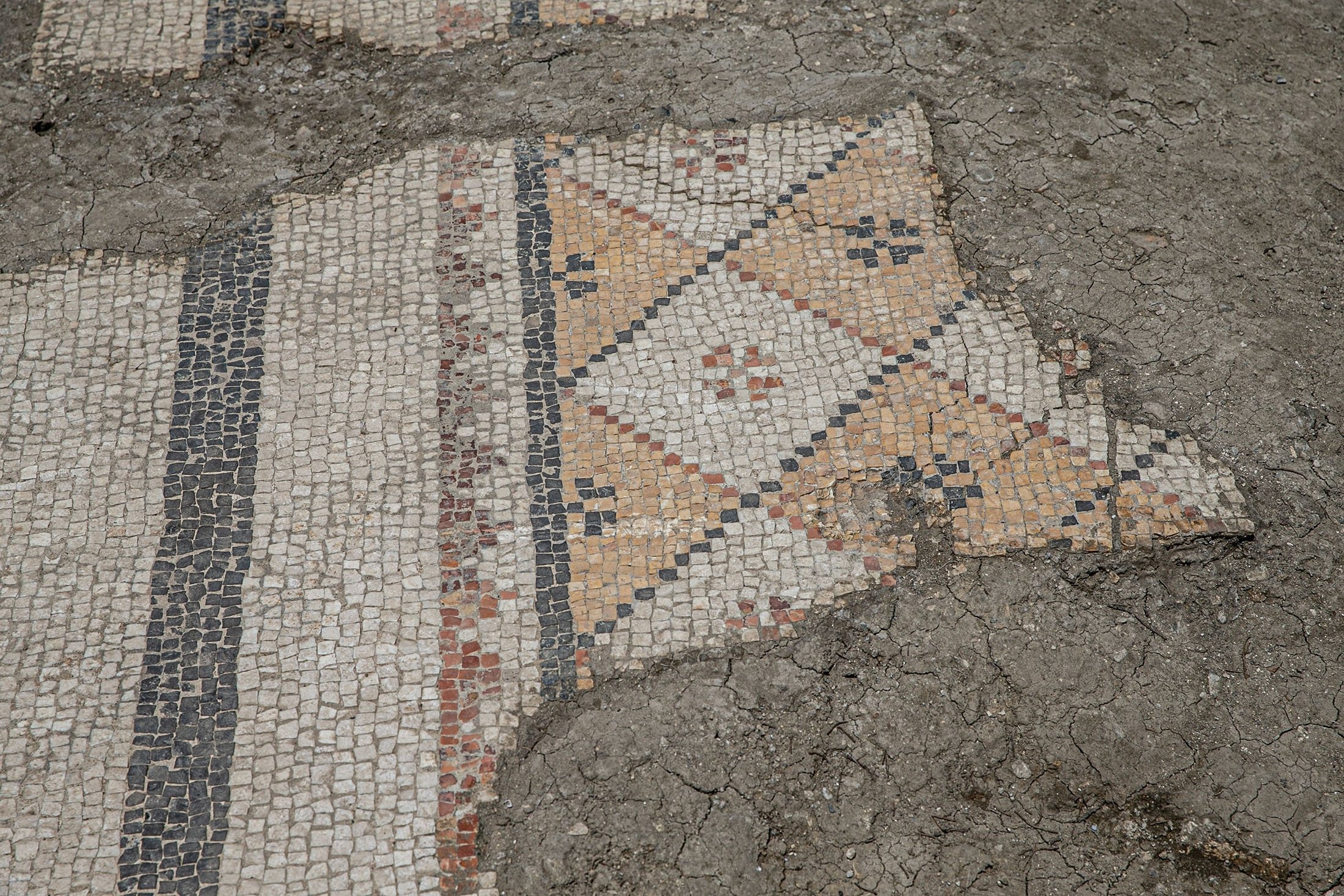 In the examination carried out by the archaeologists in the area, it was determined that the ruins were the walls of a Roman villa and that its floor had been decorated with mosaics in a geometric pattern.

Rescue excavations began about a month ago at the construction site, which was put under protection.

Ayşe Ersoy, director of Hatay Archeology Museum, told Anadolu Agency (AA) that traces of many artifacts from the Roman period have been discovered in Hatay, which was called Antiochia during the Roman Empire.

Ersoy stated that under the sponsorship of the Defne Municipality, the rescue excavations continue in the area where the remains were found, carried out by a team made up of an archaeologist, an art historian and 11 workers. 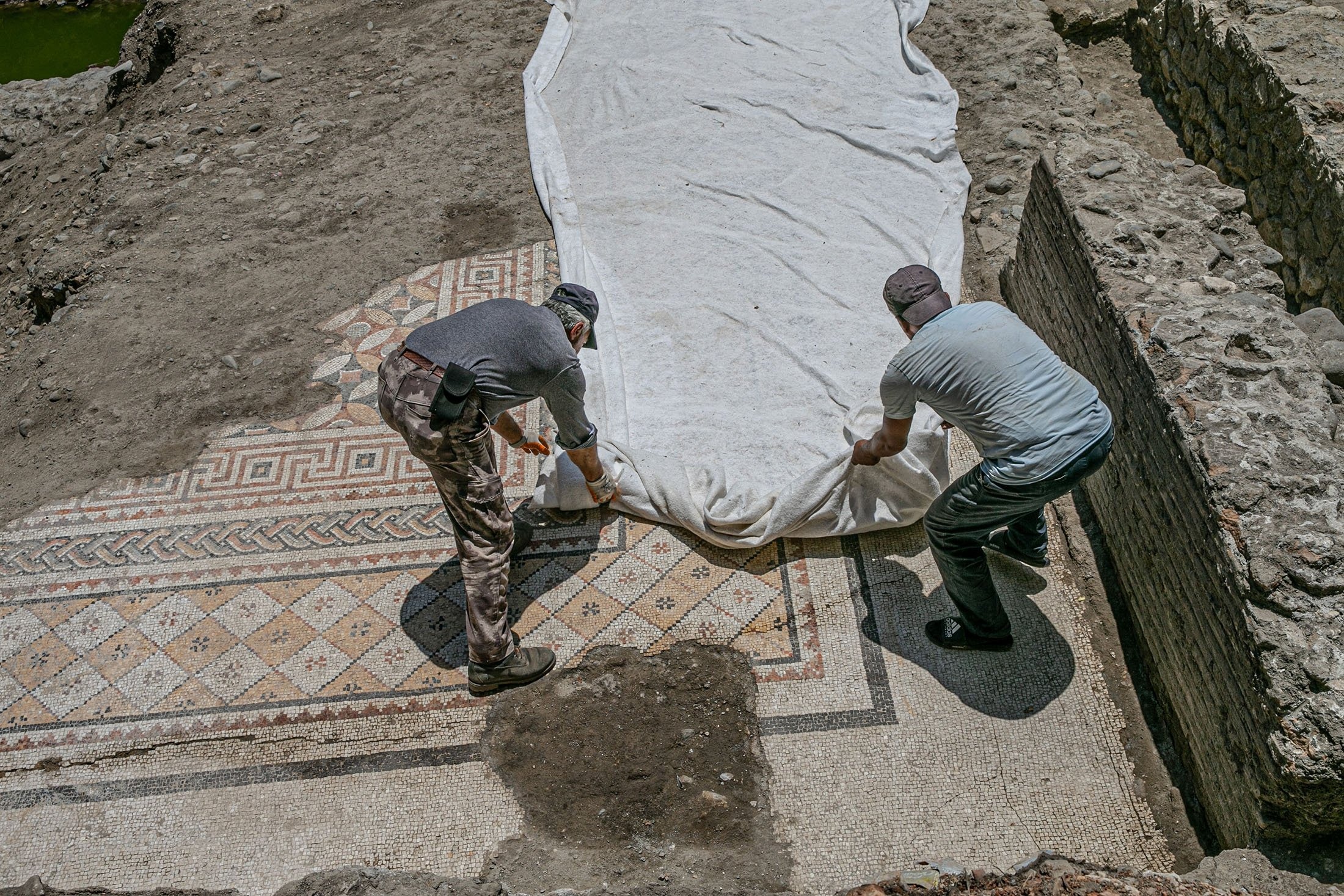 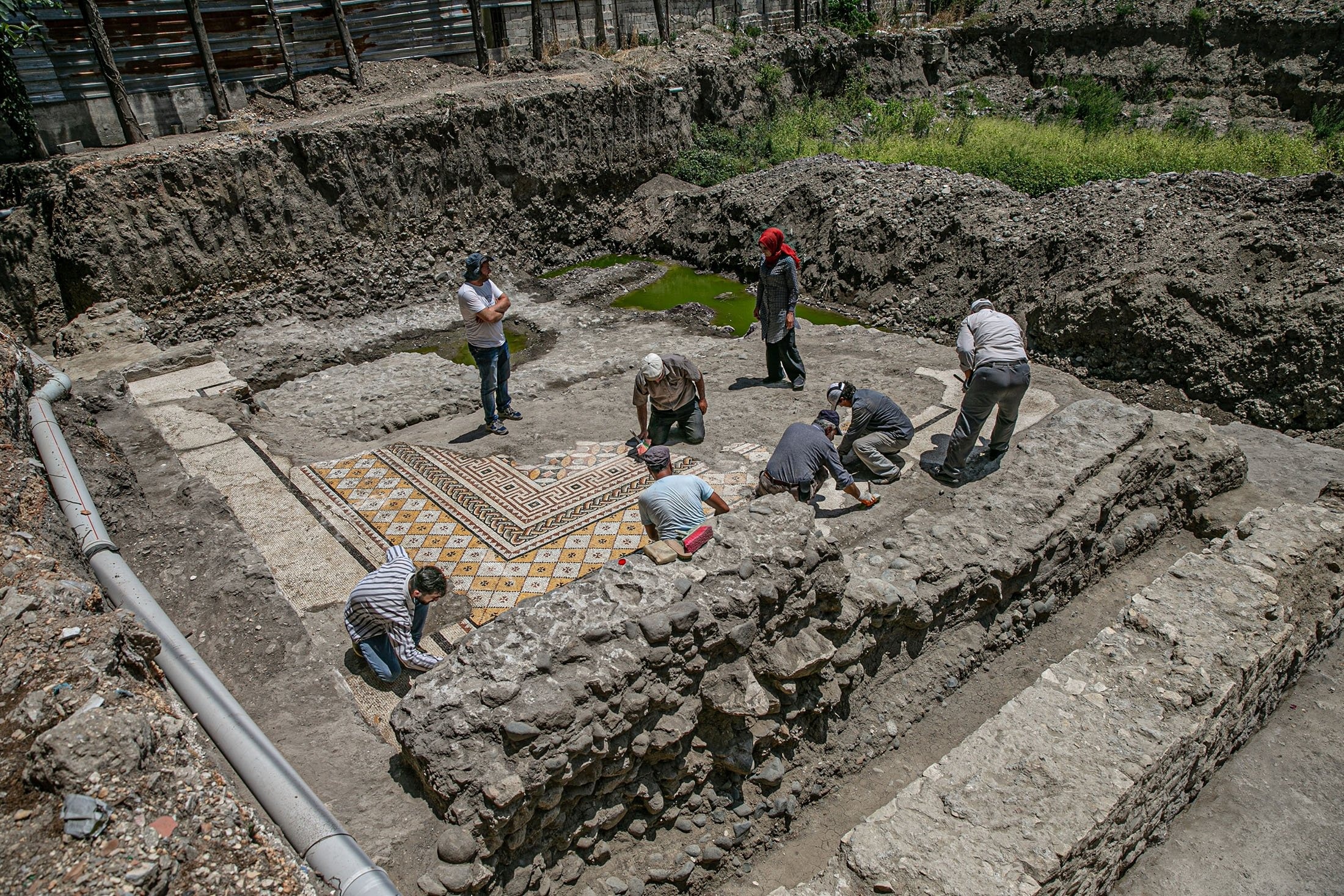 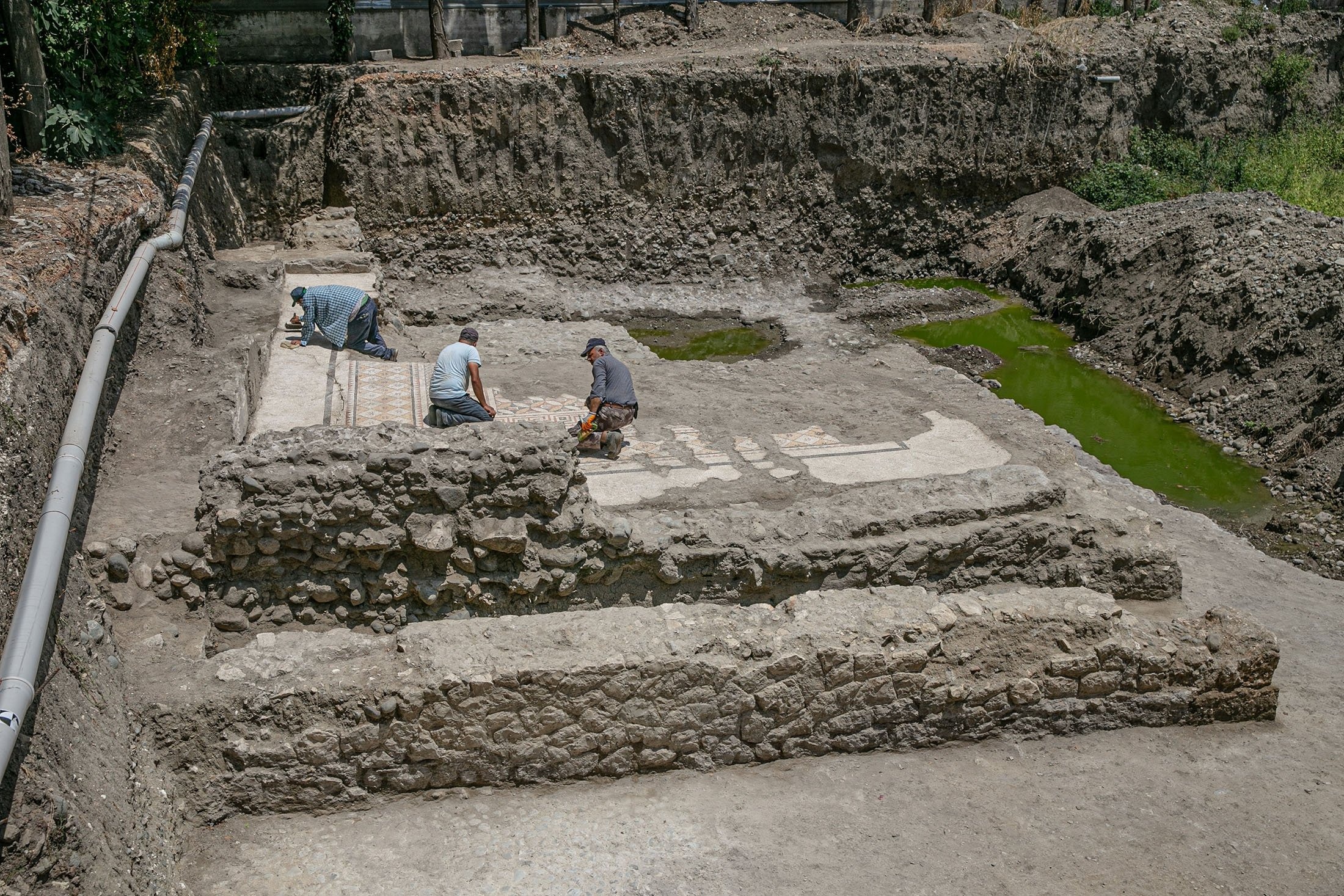 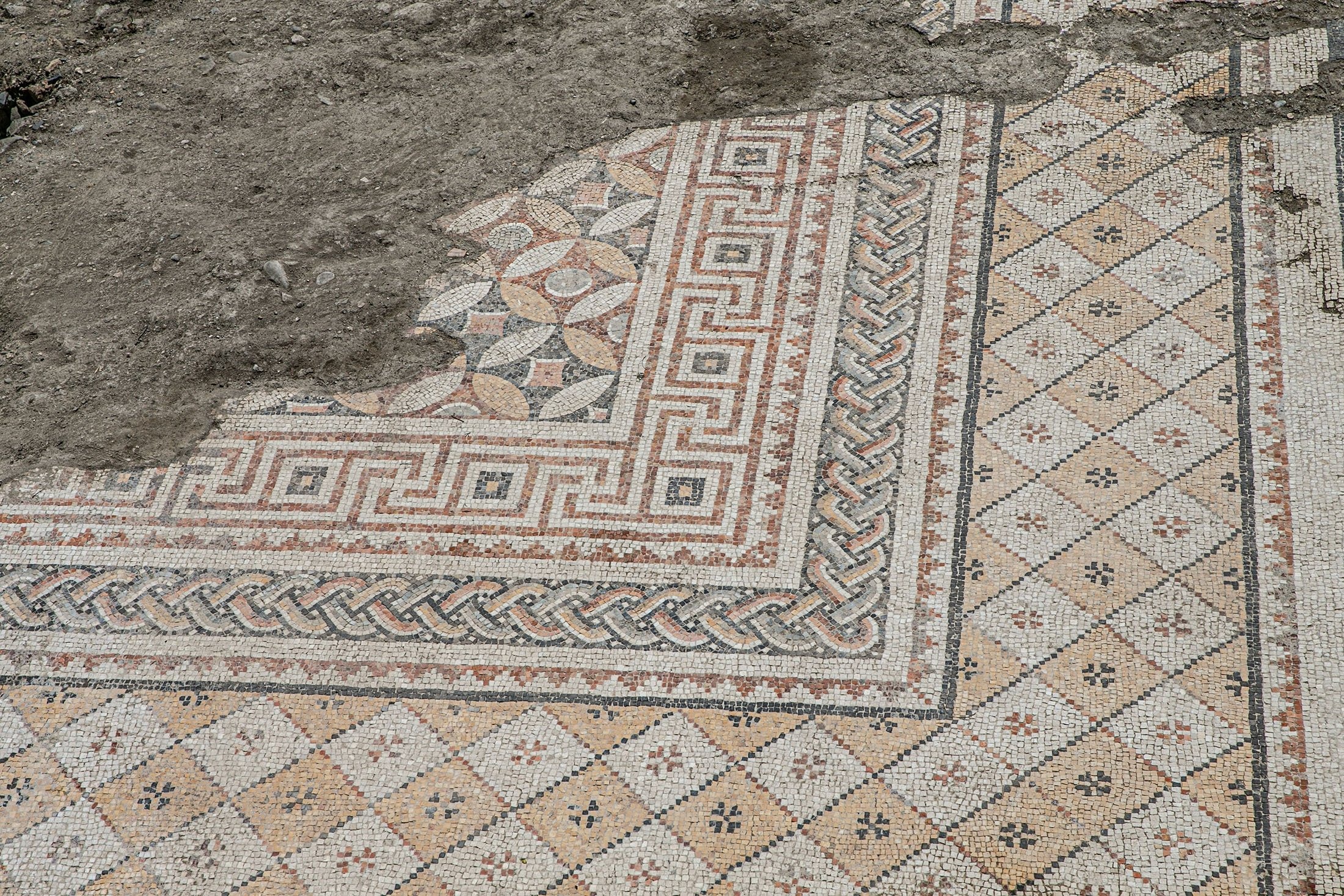 “Floor mosaics and wall remains of a Roman villa were unearthed. Based on the ruins and small finds, we determined that this place was inhabited until the 2nd and 5th centuries,” she said.

“Antiochia was settled in a large area between the Orontes River and the Habib-i Neccar Mountains. It was the third largest city in the Roman Empire period after Rome and Constantinople. Its area of ​​spread is very wide. The road of Antiochia, which starts from the Aleppo gate, goes up to the Defne gate, and there are settlements along the way. This is a villa and ruins from that period.”

Ersoy said that during the excavations, they found that some of the remains of the villa walls and some of the floor mosaics were damaged.

She noted that there was no possibility of expanding the excavation to surrounding sites due to the presence of multistorey buildings in the area.

“In the coming days, we will begin drilling in the adjacent parcel to determine whether the area of historical remains is larger and we will present the matter to the conservation committee. Then, it will be decid