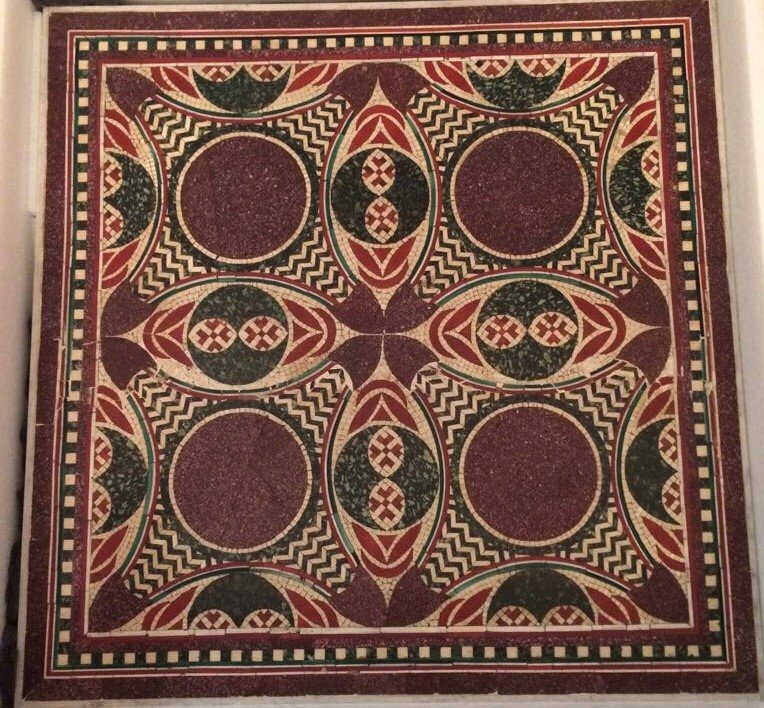 For decades, an intricate mosaic of deep greens and reds sat in the home of a New York art dealer, who affixed the piece to a pedestal and used it as a coffee table. But last month, reports James C. McKinley Jr. of the New York Times, the Manhattan district attorney’s office seized the mosaic, saying that it had at some point been stolen from a museum—and that it hails from a ship built by the much-despised Roman emperor Caligula.

The mosaic was returned to Italy in October, along with two other illegally obtained artifacts: a wine vessel and a plate, both dating to the 4th century B.C. “These items may be beautiful, storied, and immensely valuable to collectors, but willfully disregarding the provenance of an item is effectively offering tacit approval of a harmful practice that is, fundamentally, criminal,” New York County District Attorney Cyrus R. Vance, Jr. said in a statement.

Much mystery surrounds the mosaic’s centuries-long journey from a Roman ship to the Upper East Side apartment of antiques dealer Helen Fioratti and her husband, journalist Nereo Fioratti. Helen told Claudio Lavanga and Saphora Smith of NBC News that she purchased the artifact from an aristocratic Italian family in the 1960s. There was no reason, she claimed, to question the item’s provenance.

At some point, the ships were submerged at the bottom of the lake; it is possible that they were sunk deliberately after Caligula’s assassination in 41 A.D. At the behest of Mussolini, the lake was drained and two ships were recovered in 1932. The mayor of Nemi launched a search for a third vessel this past April.

In the 1930s, artifacts from the original two ships—including the recently repatriated mosaic—were put on display at a museum specially built to house finds from the Nemi vessels, according to McKinley Jr. of the Times. Partisans opposed to Italy’s fascist government reportedly set fire to the museum at the end of World War II, damaging many of the objects held there. But the mosaic appears to have been swiped from the museum before then, since it shows no sign of fire damage.

It is not clear how the mosaic came to the attention of the authorities. In her interview with NBC News, Helen Fioratti speculated that Italian police may have seen a photo of the coffee table when her apartment was featured in Architectural Digest some years ago. McKinley Jr. reports that American authorities were alerted to the existence of the mosaic in 2013, after Dario Del Bufalo, an Italian expert on ancient marbles, gave a talk in New York and showed a rare photograph of the piece. Some people in the audience recognized the mosaic as one they had seen in the Fiorattis’ apartment.

Helen Fioratti maintains that she and her husband bought the artifact legitimately, with the sale being brokered by an Italian policemen who was known for his ability to track down works looted by the Nazis. She is not going to fight the repatriation, but told McKinley that she was sad to see her “favorite thing” taken away.