RASTAN, Syria — A large, intact mosaic uncovered in Syria was described as “the most important archaeological discovery since the country’s conflict began 11 years ago” by officials Wednesday. 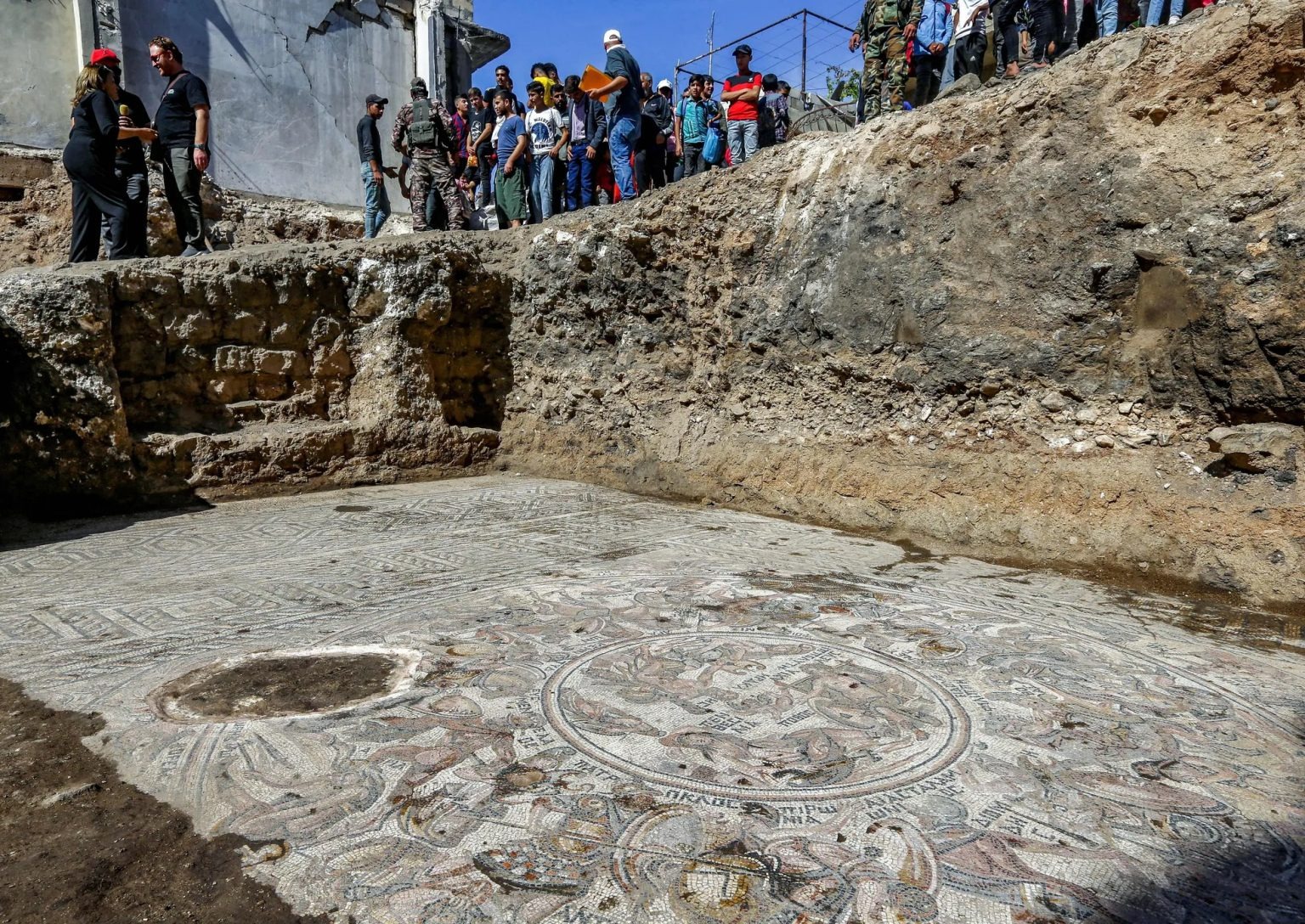 The 1,300-square-foot mosaic was found in a building which dates back to the fourth century and was excavated by Syria’s General Directorate of Antiquities and Museums. Each panel was filled with square-shaped, small colorful stones measuring about half an inch on each side.

Dr. Humam Saad, the associate director of excavation and archaeological research at the directorate, said among the scenes the mosaic shows is a rare portrayal of Ancient Amazon warriors in Roman mythology.

“What is in front of us is a discovery that is rare on a global scale,” Saad told the AP, adding that the images are “rich in details,” and includes scenes from the Trojan War between the Greeks and Trojans. 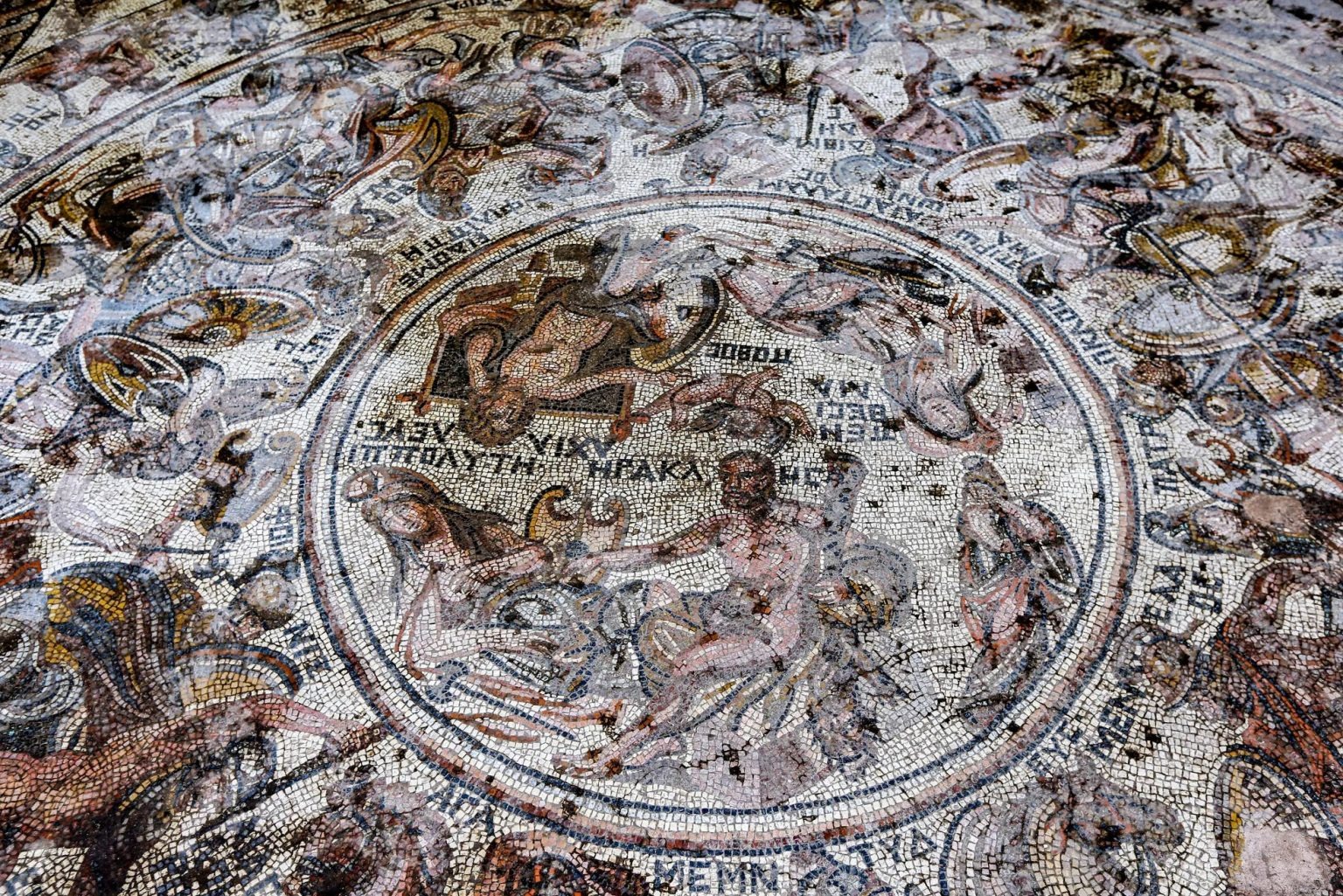 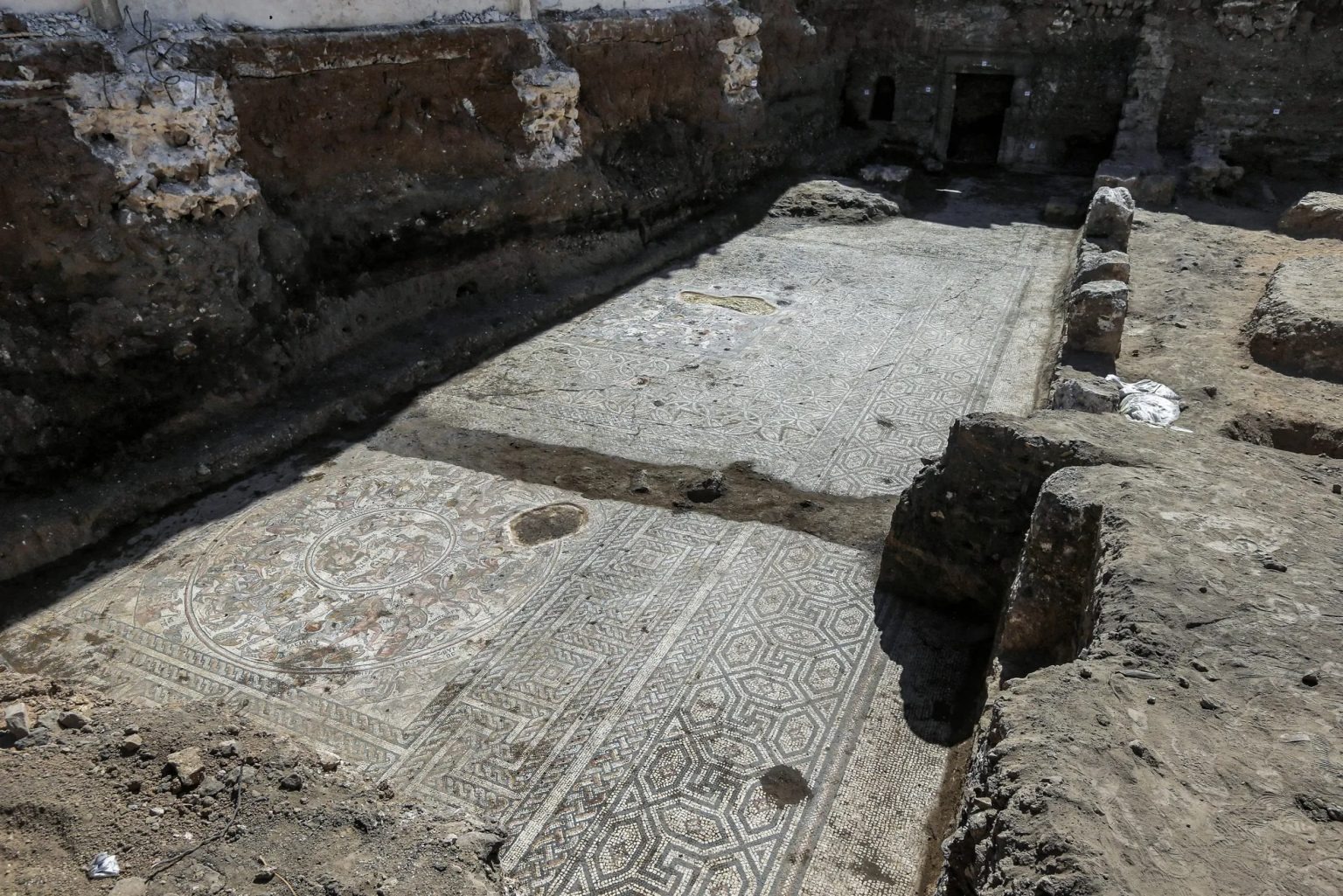 In Ancient Greek and Roman mythology, demigod hero Hercules slayed Hippolyta, queen of the Amazons, in one of his 12 labors. The mosaic also portrays Neptune, Ancient Roman god of the sea, and 40 of his mistresses.

“We can’t identify the type of the building, whether it’s a public bathhouse or something else, because we have not finished excavating yet,” Saad said. 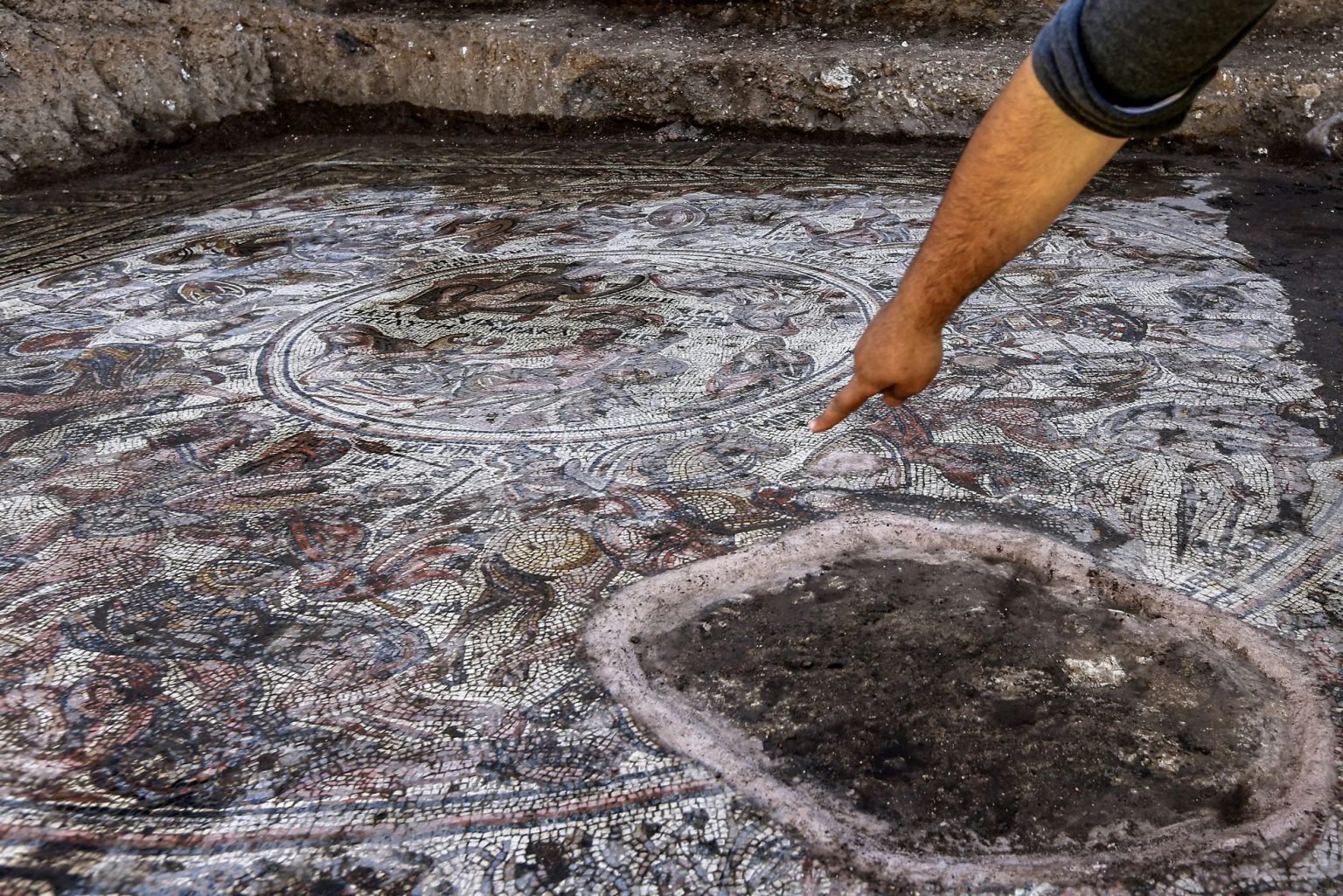 More artifacts awaiting discovery
Sulaf Fawakherji, a famous actress in Syria and a member of the Nabu Museum’s board of trustees, said she hopes they could purchase other buildings in Rastan, which she says is filled with heritage sites and artifacts waiting to be discovered.

Despite Rastan’s historical significance in the country, Saad says there have not been significant excavation efforts in the town prior to the country’s armed conflict. 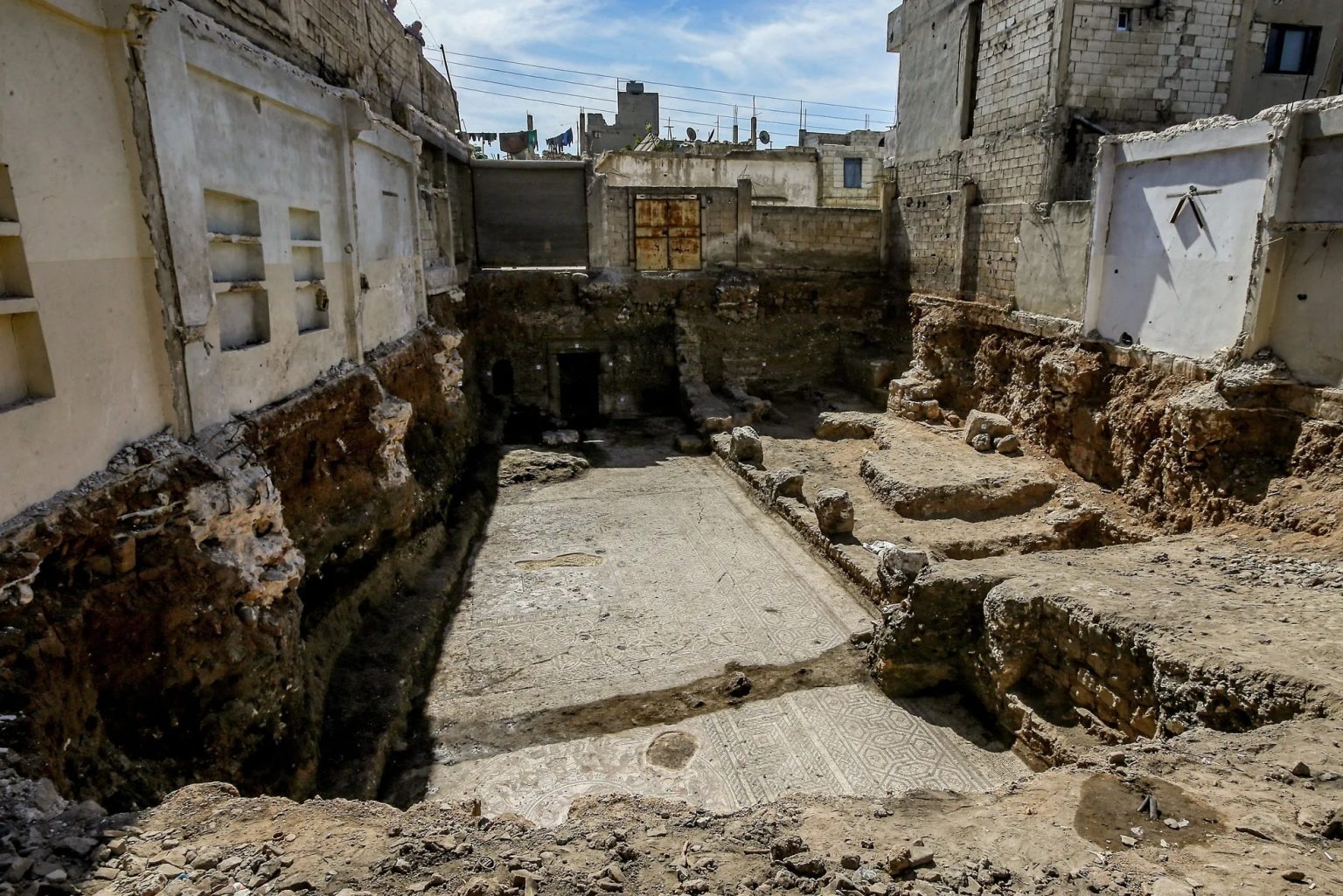 Syrian heritage sites have been looted and destroyed over the past decade of ongoing conflict. Among the most notable incidents was the Islamic State group taking Palmyra, a UNESCO World Heritage Site that boasts 2,000-year-old towering Roman-era colonnades and priceless artifacts, and partially destroying a Roman theater.

Syria’s cash-strapped government has slowly been rebuilding Aleppo’s centuries-old bazaar after reclaiming it from armed opposition forces in 2016.