A shabti is a funerary figurine used by the ancient Egyptians. These statuettes were placed in tombs as grave goods and were believed to function as servants for the deceased in the afterlife. Shabtis are human / mummy in form, and may be made using a variety of materials, including faience, clay, or wax. Shabtis were used during different periods of ancient Egyptian history, perhaps starting from the end of the First Intermediate Period / beginning of the Middle Kingdom. Today, shabtis are found in the collections of many museums around the world. 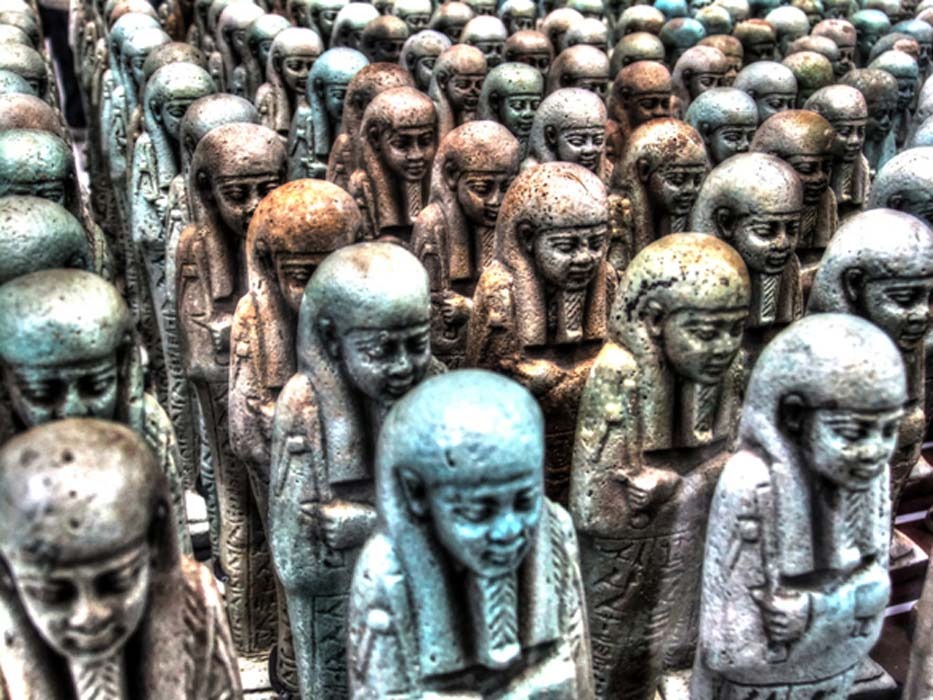 Shabtis are also referred to as ‘ushabti’ (statuettes made from the 21st Dynasty onwards) or ‘shawabti’ (those from Thebes during the New Kingdom). There are different hypotheses as to the origin of this word. For example, some have proposed that this name comes from the verb ‘sha’, which means ‘to command’, while others have suggested the word ‘swb’, meaning ‘stick’ as the origin of this name. 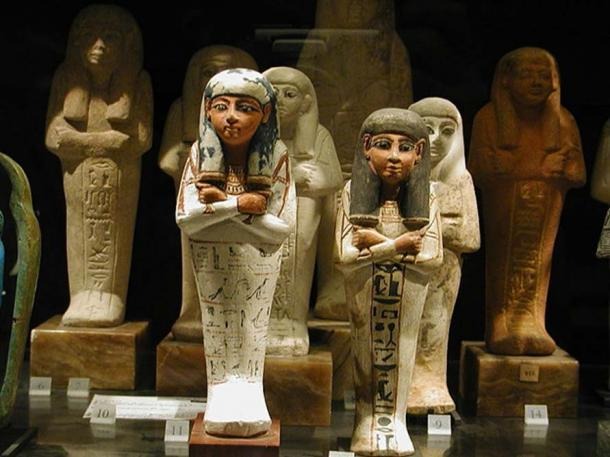 During the Pre-dynastic and the Early Dynastic periods of Egypt, there is some evidence of human sacrifice for funerary purposes. It seems that servants would be sacrificed so that they may accompany their masters to the afterlife. This practice did not last for long, however, as it became apparent that this was both unnecessary and wasteful.

Some of the earliest known shabtis were found in the funerary complex of Nebhepetre Mentuhotep II (a ruler of the Eleventh Dynasty considered to be the first pharaoh of the Middle Kingdom) at Deir el-Bahri in Thebes. These figurines were in the shape of humans and were made either of mud or wax. They were then wrapped in linen and deposited in coffins , as though they were real mummies. While these shabtis are not inscribed with magical spells, like later ones, it is likely that they were intended to serve the same or a similar function. 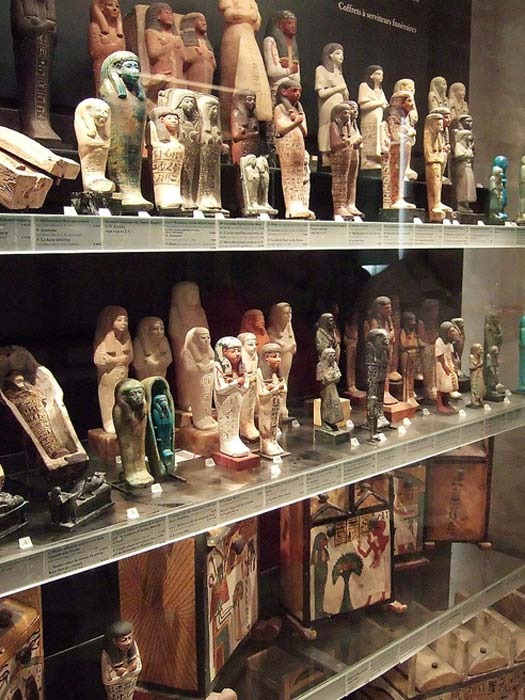 Apart from that, other jobs carried out by the shabtis include baking, brewing, building and so forth. Later on, the shabtis were inscribed with a magic spell , also known as the shabti formula, which specified the function of each of the figurines and was supposed to bring them to life.

The materials used for making shabtis also changed over time. The early figurines were made of mud or wax, however, over the centuries, more durable materials were used to create shabtis. During the Middle Kingdom, for example, shabtis were often made from stone, while faience became a common material during the New Kingdom. Other materials used to make shabtis include wood and terracotta, the former being used as early as the Middle Kingdom, while the latter becoming common during the New Kingdom period.

Moreover, the number of shabtis that accompanied the dead varied according to the time period as well. During the 18th Dynasty, for example, the dead were typically accompanied by one shabti each. This number grew to several in the following Dynasty.

By the time of the Third Intermediate Period, the dead were buried with as many as 360 shabtis, one for each day of the year. Furthermore, during the early part of this period, there was also a special type of shabti, which are known as ‘overseer’ shabtis.

These statuettes are depicted with one hand to the side and the other holding a whip. As they are each in charge of 10 shabtis, a burial with 360 ordinary shabtis would have 36 overseers. Later on, during the Late Period, the dead continued to be buried with a large number of shabtis, though the ‘overseer’ shabtis fell out of fashion, and disappeared.

Top image: Troop of funerary servant figures (shabtis) in the name of Neferibreheb, Egypt, about 500 BC, in the Musée du Louvre-Lens. Source: CC BY 2.0