As the sun warmed the air at Tuna El-Gebel necropolis in Minya governorate on Saturday morning, hundreds of media and officials gathered to witness the announcement of the first discovery of 2019. 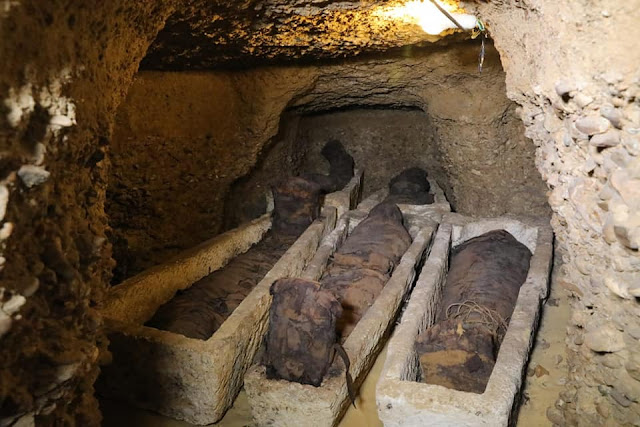 Over the last two years, a large number of new discoveries in Egypt have grabbed the world’s attention.

At the site, Minister of Antiquities Khaled El-Enany announced that a joint mission from the ministry and the Research Centre for Archaeological Studies at Minya University had stumbled upon a collection of Ptolemaic-era rock burial chambers, filled with a large number of mummies of different sizes and genders. 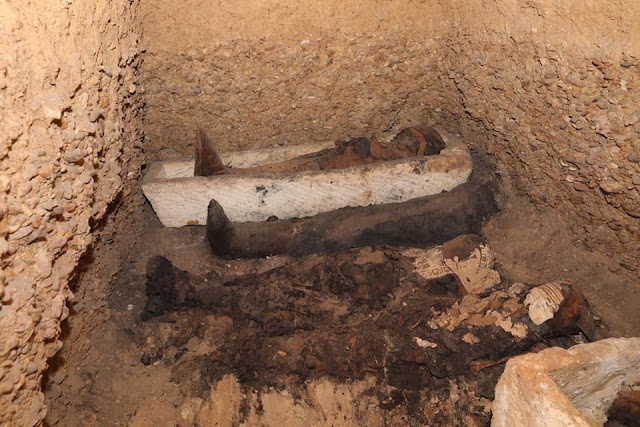 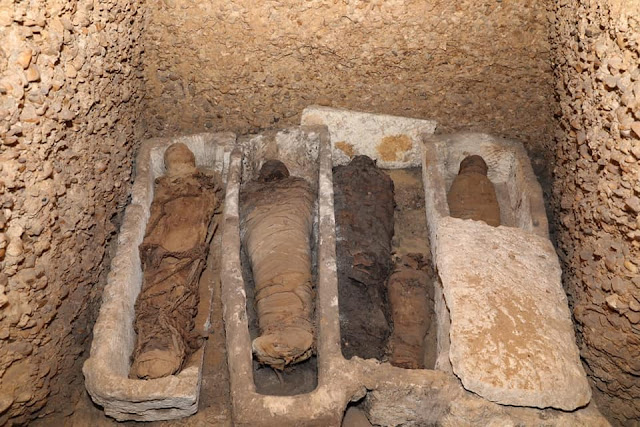 Rania Al-Mashat, the minister of tourism, Major General Kassem Hussein, the governor of Minya, Mostafa Waziri, the secretary-general of the Supreme Council of Antiquities, and ambassadors and cultural attachés from 11 foreign countries, among them Malta, the Czech Republic, Spain, Serbia, Ireland, Belarus, and China, along with their families, as well as Mostafa Abdel-Nabi, the head of Minya University and members of parliament from Minya attended the announcement ceremony at the site.

El-Enany told the attendees that this is the discovery to be announced in Minya since he took office and the first in 2019. He also promised that this year will witness more discoveries. 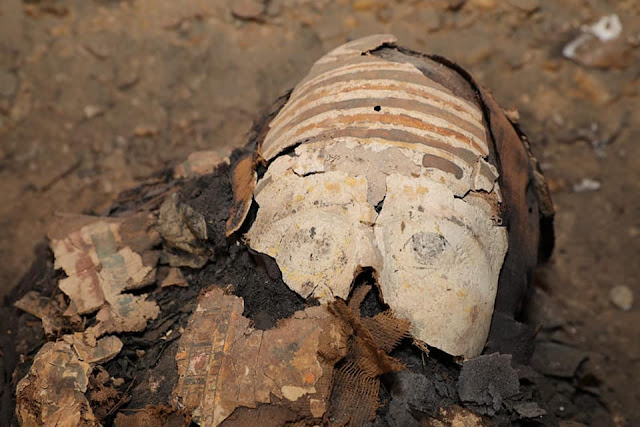 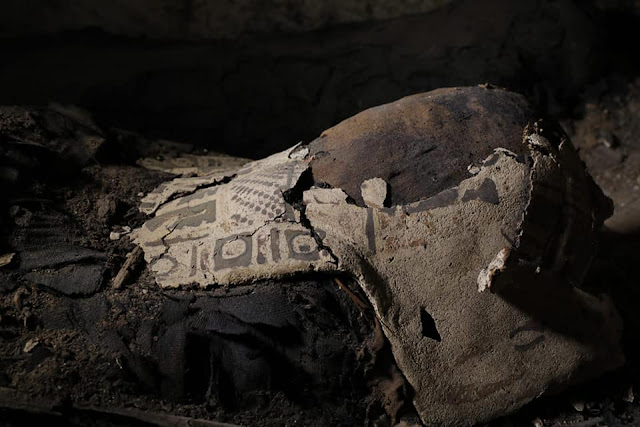 He noted that the ambassadors had told him that they always admire mummies in museums but it is a different experience to be face-to-face with them in situ.

“The newly discovered tombs are a familial grave which was probably for a family from the upper middle class,” El-Enany said. 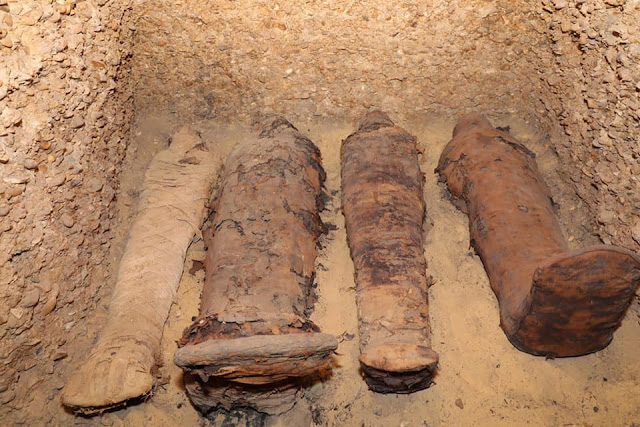 He highlighted that the grave consists of a number of burial chambers containing a large number of human mummies of different genders and age, including children. All are in a good conservation condition and some are wrapped in linen, or decorated with Demotic handwriting.

There are over 40 mummies. Some of them still have fragments of coloured cartonnage covers near their feet. 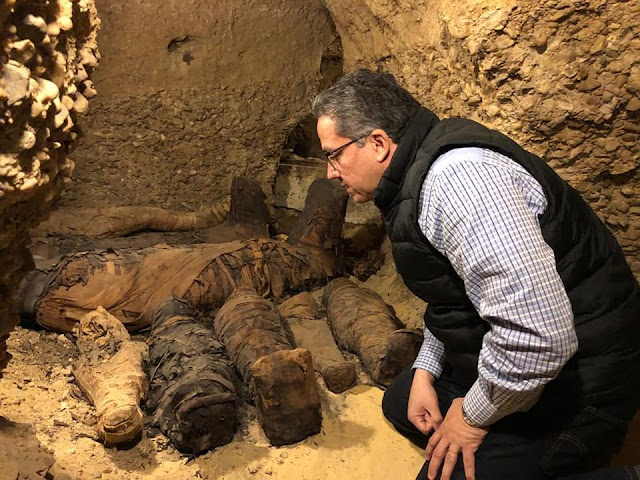 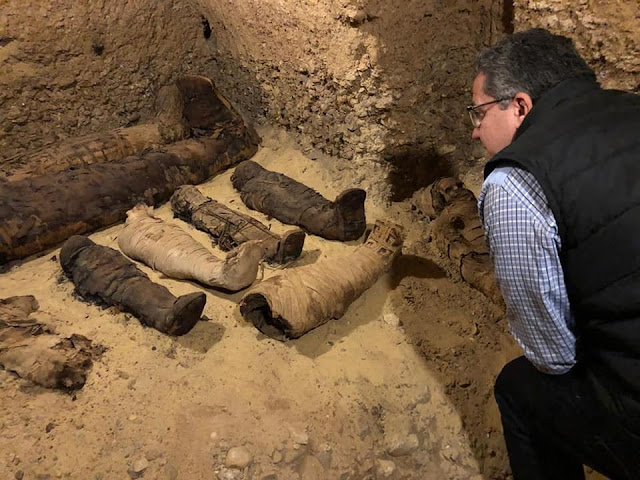 “The methods used in burying the mummies inside the maze of tombs varies in style,” Waziri told attendees, explaining that some of the mummies were inside stone or wooden sarcophagi while others were buried in sand or were laid on the floors of the tombs or inside niches.

Ostraca and fragments of papyri were also found in the tomb, he said, which helped reveal that it could date to the Ptolemaic, early Roman and Byzantine periods. 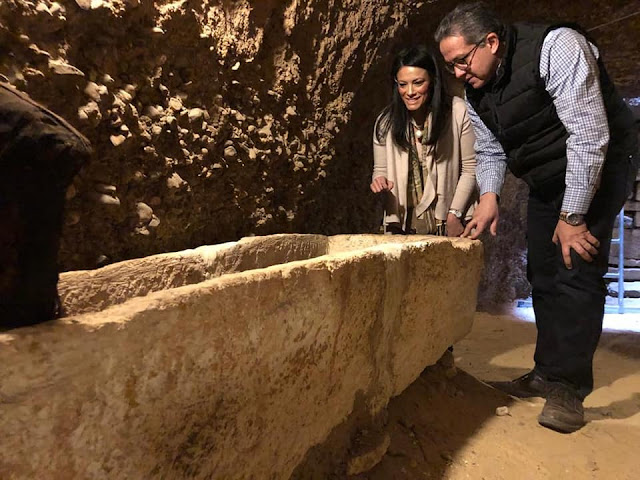 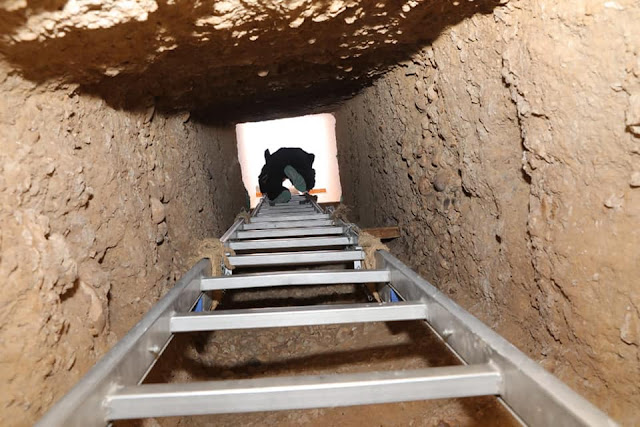 Wagdi Ramadan, the head of the mission, said that the mission started its work for the first time in Tuna El-Gebel in February 2018, when it discovered a tomb engraved in rock composed of a corridor leading to sloping stairs that opened to a rectangular chamber with a number of burials.

Another chamber was also located at the western side filled with mummies and large stone sarcophagi. At the northern side there is a third chamber with a collection of stone sarcophagi inside niches. 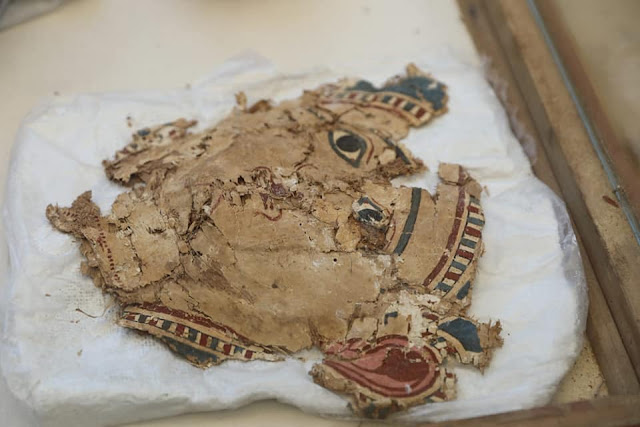 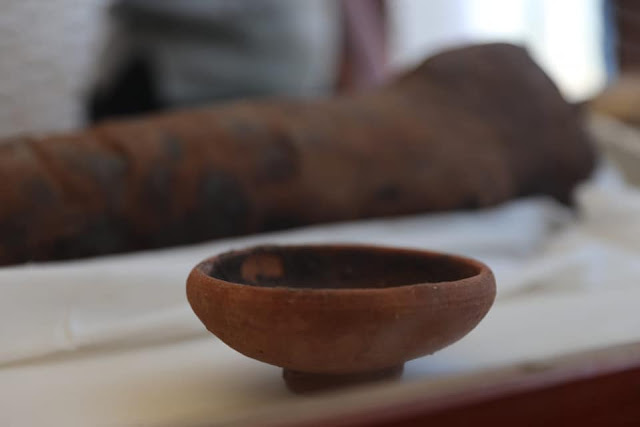 This is the typical burial style used in Tuna El- Gebel, which once was the necropolis of Egypt’s 15th nome during the late New Kingdom and the beginning of the New Intermediate Period.

Fathi Awad, director of Tuna El-Gebel, said that the archaeological site has several tombs, among them the tomb of Petosiris, the Isadora tomb, a sacred animal ceremony, a Roman cemetery and two frontier reliefs of Akhenaten.

Al-Mashat said that the event was an important message to the whole world that Egypt “has it all.”