Skip to content
Posted By el Toro Posted On September 12

Until now, all archaeological evidence has suggested the first medical procedures began when humans started inhabiting agricultural settlements during the so-called Neolithic Revolution, which began around 10,000 years ago. Historians of human physiological development generally agree that having bodies designed to walk over 20 miles (32.2 kilometers) a day, for foraging, hunting and fishing, would have been subjected to multiple medical issues when farming began.

Archaeologists in China and Egypt have discovered ancient remains with signs of amputated toes and fingers, with one prosthetic toe dating back 3,000 years . And in 2016 StatNews reported on the discovery of a 6th-century-AD skeleton found in a Frankish Empire-era cemetery in Austria. With an “iron-and-wood prosthetic foot,” this amputee represented the oldest skeleton found in Europe with a prosthetic limb.

Now, according to a new paper published in the journal Nature, a team of researchers has identified the oldest evidence of an amputee surgery, in Borneo, dating way back to 29000 BC. 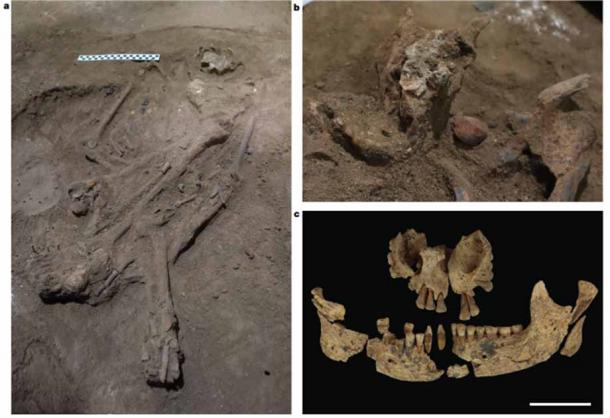 The Assumption That Farming Led to Amputee Tech is False
When humans first turned to agriculture around 10,000 years ago, no matter where on the globe or what type of crops were being grown, the height, strength and general health of the people rapidly declined. This demonstrable fact has led to the widely-accepted assumption that the onset of farming also brought about the necessity of more advanced surgical procedures.

In this new study, however, lead researcher and author, Professor Tim Ryan Maloney of Griffith University, Australia demonstrates that the “assumption” couldn’t have been further from the truth. His new study on the discovery of a 31,000-year-old amputee in Borneo demonstrates the origins of surgery began in prehistoric times, way before farming.

Legacy of Borneo’s 31,000-year-old Amputee Surgeons
The new paper focuses on a discovery made in 2020 on the Sangkulirang–Mangkalihat Peninsula of East Kalimantan (Indonesian Borneo). Approximately 2.5 kilometers (15.53 miles) from the Marang River, a matrix of caves and rock shelters are peppered across the karst terrain. Excavations in the vast three-chambered Liang Tebo limestone cave revealed evidence of prehistoric human occupation, including rock art that was painted at least 40,000 years ago, representing some of the earliest rock art ever created. 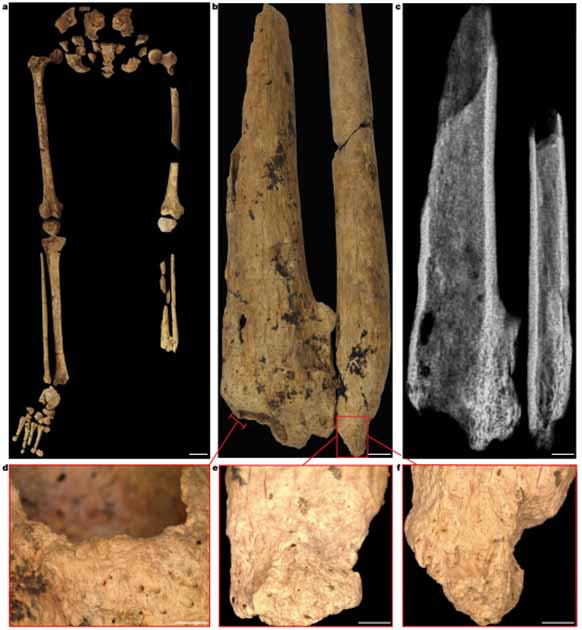 In 2020, archaeologists dug a trench in which they discovered an adult skeleton (TB1) who had “the distal third of their left lower leg surgically amputated.” The scientists write in their paper that the amputation most probably occurred when the person was a child and that they lived for another 6–9 years after the operation. And dating to “at least 31,000 years ago” this find changes everything that was previously assumed about the origins of surgical procedures.

Gauging Prehistoric Surgical Knowledge
The Liang Tebo cave skeleton’s limb amputation suggests groups of modern humans foraging in Asia “had developed sophisticated medical knowledge and skills long before the Neolithic farming transition,” according to the new Nature study. The paper says the surgical amputation of TB1’s left lower leg 31,000 years ago “has important implications for our understanding of the evolution of pre-Holocene (the last 11,700 years) human medico-socio-cultural practices.” Until now, scientists generally assumed that complex surgical procedures like this were way beyond the capabilities of foraging cultures .

What is perhaps most interesting about this discovery is that until about 100 years ago in Western medicine, successful surgical amputations without antibiotics generally resulted in blood infections and often death. But in the 31,000-year-old case of TB1, the new study implies that “the Late Pleistocene ‘surgeon(s)’ who amputated this individual’s lower left leg must have possessed detailed knowledge “of limb anatomy and muscular and vascular systems to have prevented fatal blood loss and infection.”

Living And Dying In Mother Nature’s Embrace
Now that the “great assumption” about Neolithic tech has been shattered, some new assertions are being made based on the discovery of the 31,000-year-old amputee. 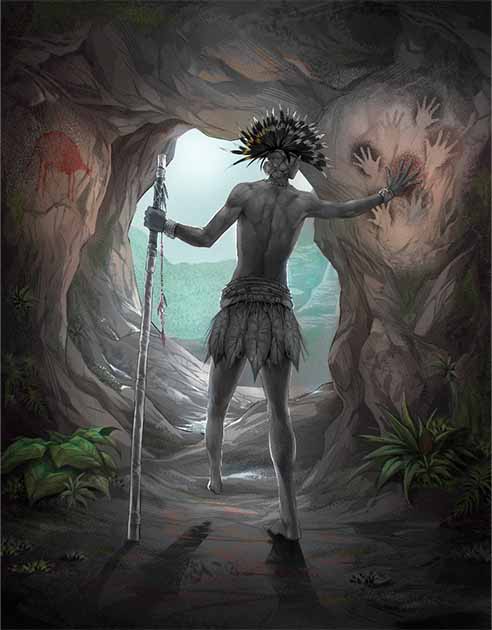 A History of Timekeeping: Mankind’s Obsession With Time
2,000-Year-Old Peruvian Underwent Successful Skull Surgery
The ancient surgeons must have used plants (and perhaps maggots) to clean, dress and disinfect the man’s severed leg wound. They must also have administered some kind of pain relief while controlling their patient’s temperature, diet and recovery movements, to have prevented post-op infection.

Furthermore, the fact that the man recovered after the amputation in what is a very challenging karst stone terrain suggests a very caring community of people looked after him after the operation, and for the rest of his life.

The scientists concluded their paper by suggesting early human colonists in what are today the rainforests of Borneo were challenged by the warmer and much more humid climate. Experiencing an increase in wound infections the people responded by making rapid advances “in medical technology.” Thus, they must have developed new pharmaceuticals from the bountiful and biodiverse environment in which they lived as hunter-gatherers.