How Helicopters Land On Military Ships

Ever wonder how an airborne helicopter manages to land on a ship’s moving helipad? 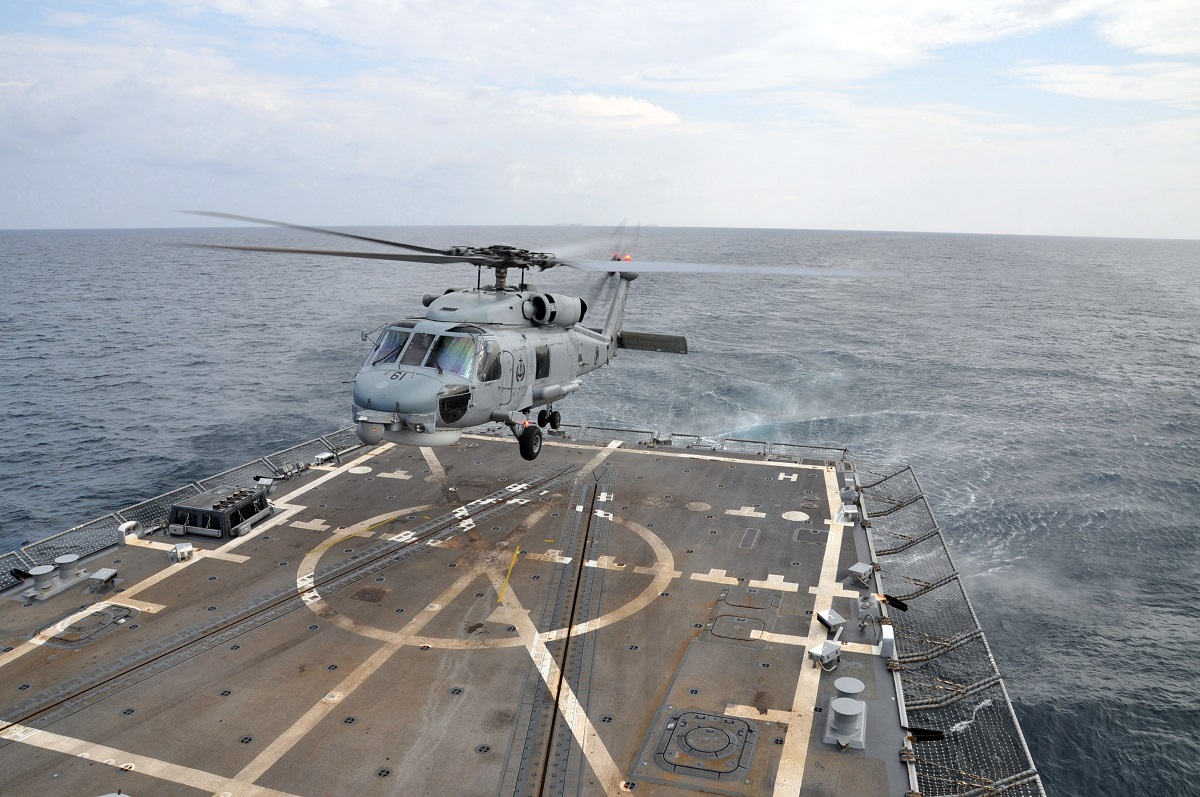 It may look easy, but it’s not as simple as it looks. The first ever airplane landing on a ship was the Curtis Pusher biplane that landed on a platform (stern of a ship) on January 18 of 1911. Since then, there’s been a ton of progress in naval warfare and advanced aircraft, including helicopters, in how they perform over water. Landing a fighter shipboard is not an easy case at all, but we will focus on the landing of helicopters in military vessels.

The First Helicopter To Land On A Ship

The US expressed a strong interest in naval helicopters in the ’30s. The first ever contract for the US Navy came on January 22 of 1931 and three XOP-1 from Pitcairn Aircraft Co. started production for naval service. In September of the same year, LT Alfred M. Price of the US Navy, managed to land and take off a XOP-1 rotary wing aircraft on the USS Langley. The feat made history as it’s the first documented helicopter landing on a naval vessel.

After that, the US Navy decided on an autogiro aircraft without fixed wings and ailerons. The new contract between the Navy and Pitcairn resulted in the XOP-2, the first rotary wing aircraft for the Navy that didn’t have fixed wings. This change made it easier for the pilot to control the helicopter during flights at slow air speeds. The US Navy transformed the Liberty ships from cargo ships to floating repair depots in June 1945 and made them the first operational ships for helicopter accommodation. Its most important feature? They had a special space for the Sikorsky R-4 helicopters to land.

Today, naval warfare is on another level and every aircraft or helicopter that operates on a deck of a military vessel has systems and equipment that almost guarantees a safe landing and take off. Helicopter decks are on warships such as aircraft carriers, helicopter carriers, destroyers, frigates, corvettes, cruisers, and more. The bigger helicopter decks on military ships can even accommodate the 100-foot Boeing CH-46 Chinooks. Most of these ships have enough space for helicopters up to 65 feet long. 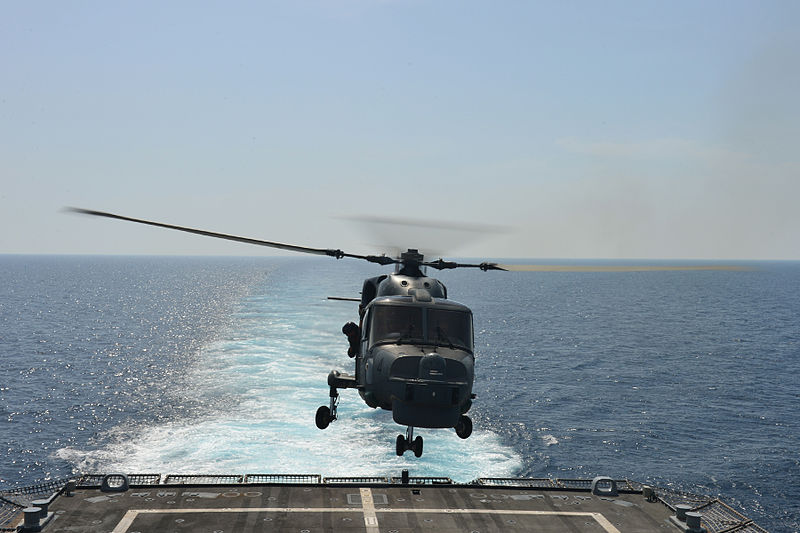 In some helicopters, the landing part includes a special device that provides a connection (wire) between the deck and the helicopter (underneath it), just before landing. This device is a construction of the Royal Canadian Navy with the name ‘Beartrap.’ The equivalent device, of the US Navy, bases its technology on the Canadian one and has the name ‘RAST.’ The Navy has integrated the device in the Light Airborne Multi-Purpose System (LAMPS) Mk III.

Besides the stability and precision, another purpose of the device is to stabilize the electric potential between the helicopter and the military ship. The helicopter’s rotors can create huge electric charges and furthermore cause fatal damage in crew members that may touch the helicopter while landing.