Mosaics in Rome you will love + how to see them

Mosaics in Rome: where to see the most beautiful ancient Roman mosaics and later mosaics in Rome + tips for your visit. Updated December 2021.

Roman mosaics are one of the most elegant art forms from the ancient world we can still enjoy today. 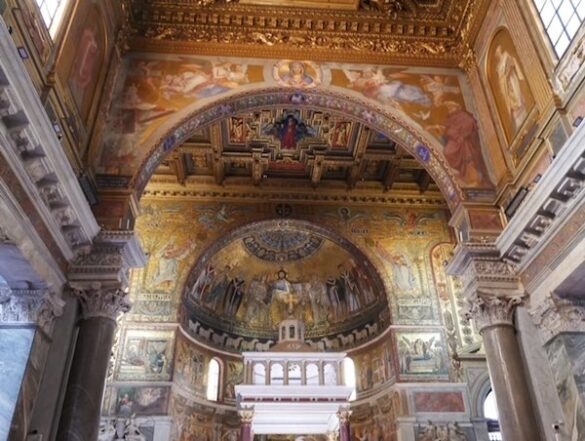 They can be seen in many locations in Rome city, both in churches and non-religious environments, and they bear witness to the development of taste and styles over the course of the centuries.

The most ancient mosaics from the Roman world date back to the III century BC but there are many examples of mosaics in Rome from Imperial times, the early Middle Ages and even the XIII-XIV century.

In this article, you will find the most important churches, sights and museums where to see the best mosaics in Rome and the info you need to plan a visit.

Located outside of Rome city center, Ostia Antica used to be the port city of ancient Rome and is now an important archaeological site so well preserved it is often compared to Pompeii. 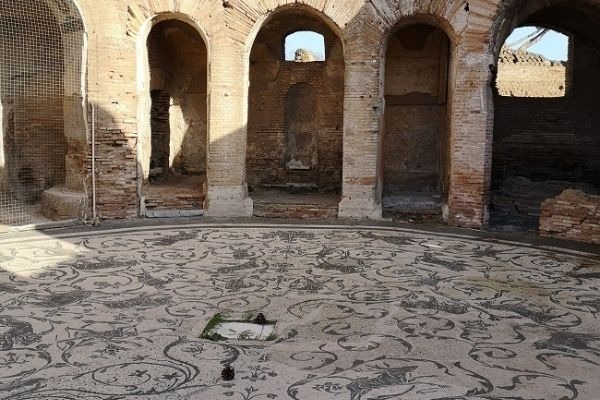 Among the many parts of the ancient city that survived until today, there are some stunning mosaics that date back to the II century.

These are mostly pavement mosaics, in white and black designs, and they have gotten to us in a remarkably well-preserved state.

Worth seeing are those at Baths of Neptune, (Marine theme), those from Piazzale delle Coprorazioni (trade theme) and those in the area of porta marina

In Ostia Antica, the mosaics are outdoors. This is a wonderful place to appreciate how elaborate yet also functional and sturdy these delicate-looking masterpeices truly are.

Address: parco archeologico di Ostia Antica, Rome.
Need to know: the mosaics are inside the archaeological park. Walking shoes/runners recommended for the uneven terrain of the park.
You can read our guide to visiting Ostia Antica 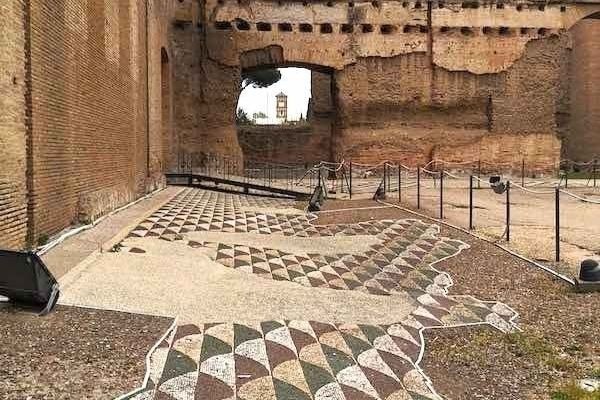 Mosaics in Rome Baths of Caracalla
Wonderful examples of Roman mosaics can also be admired in Caracalla’s bath, the imposing ruins of the thermal bath created by emperor Antonino in the III century AD.

The mosaics here are similarly as those in Ostia antica, ground mosaics and they are nowadays outdoors.

In line with the use of the complex, that would have been a pace for thermal baths, sports and socializing, the mosaics represent sports and athletic scenes, mythological figures and also geometric patterns, some in black and white tones and some in several colors, especially yellow, red and dark green. 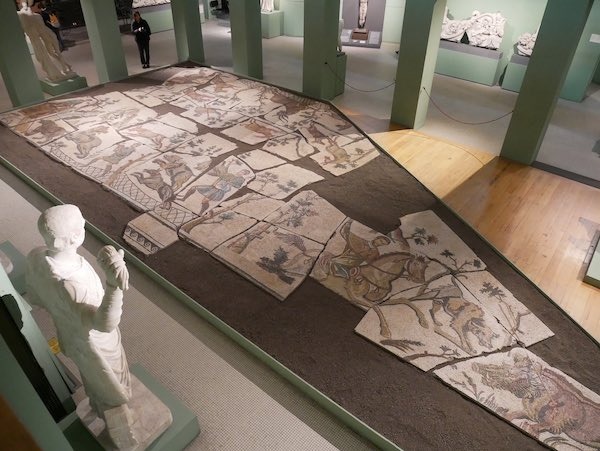 Centrale Montemartini is one of the most unique museums in Rome due to its special location and set up: priceless ancient Roman art is displayed in what used to be a power plant!

Part of the museum is devoted to Roman mosaics and the ones you have here are among the most beautiful in the city and date as far back as the I century BC.

Unlike those in Ostia Antica, the mosaics in Centrale Montemartini are preserved away from their original location yet they are displayed in such as way that it possible to appreciate from up close their making and beauty.

The colors, date, and type of scene depicted make these Roman mosaics unique in Rome.